Last updated:
The Government of Mexico used insights from a randomized evaluation to inform a national labor law. 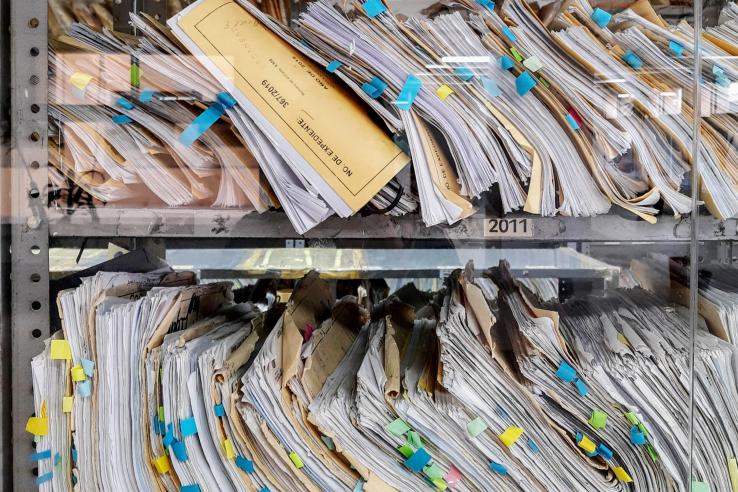 In Mexico, overburdened labor courts can result in long delays for dismissed workers seeking severance pay. Additionally, workers are often first-time labor court users and they typically have a limited understanding of the legal process. A randomized evaluation by J-PAL affiliates Enrique Seira (Instituto Tecnológico Autónomo de México) and Christopher Woodruff (University of Oxford), together with Joyce Sadka (Instituto Tecnológico Autónomo de México), found that providing customized information on predicted case outcomes to workers or asking them to meet with court conciliators (mediators) increased settlement rates of labor court cases and led to higher-valued payouts for workers. After the initial study showed positive results, the government and researchers expanded the approach to five courts across Mexico City. Informed by the results of the research and expansion, government officials passed a broad reform of the Mexican national labor law in May 2019 which requires workers to meet with a conciliator before taking a severance case to trial, among other provisions. The reform also provides useful information about court proceedings and the option to settle to more than 30,000 workers per year in Mexico City and many more throughout the country. As the reform scales nationally from 2019-2023, members of the research team will continue to work closely with the Labor Courts to evaluate the effectiveness of the new policy and feed these insights back to the government to inform implementation.

Labor courts are often overburdened with cases and workers typically lack the necessary information to make informed decisions related to their cases.

Poorly functioning labor courts in many low- and middle-income countries, exacerbated by workers’ lack of information and limited understanding of legal processes, raise concerns for justice and efficiency. Parties are often misinformed, outcomes are unpredictable, and inefficient processes can lead to slow decisions and large case backlogs.

More than 95 percent of all labor court filings in Mexico City are severance cases: workers who claim to have been involuntarily separated from their jobs and seek pay that may be due to them according to Mexican labor laws.1 Most of these workers have never previously interacted with the court and lack information about what the court process entails. Though Mexican labor law states that cases should be resolved within three months of being filed, the Labor Court system faces a backlog of about four years.2 This is in part driven by low rates of settlement, which evidence shows can lead to higher-valued payouts for workers. Additionally, workers are often over-optimistic about the probability of winning their cases in court.

Lawyers tend to specialize on labor cases and have extensive knowledge of the courts, but they do not consistently share this information with their clients. Public lawyers are often overburdened and try to close cases quickly, while private lawyers have incentives to bring their clients to court where they can expect higher compensation when cases taken to trial end in a large payment.

Providing customized information to workers and encouraging all parties to meet with a conciliator increased settlement rates, led to higher-valued payouts for workers, and improved measures of wellbeing.

Researchers worked closely with the Mexico City Labor Courts (MCLC) to evaluate the impact of providing conciliation services and information about predicted case outcomes on settlement rates. With funding from J-PAL’s Governance Initiative (GI) and J-PAL's Innovation in Government Initiative (IGI; formerly the Government Partnership Initiative), the research team tested two distinct interventions. In the “calculator intervention,” all parties present at a hearing—the worker, the defendant, and lawyers representing either side—received a single sheet of paper with customized information about their individual case, including the predicted likelihood that they would be successful in court. Trained enumerators then spent about five minutes explaining the information on the sheet of paper, including the probability of winning their case and the expected award conditional on winning. The information was based on the outcomes of 5,000 historical case filings compiled and analyzed by the research team. In the “conciliator intervention,” parties were encouraged to sit with an MCLC employee who would explore the option of settling with the two parties, before the day’s hearing. After the initial study in one court showed positive results, the government and researchers expanded the calculator approach to five courts across Mexico City with funding from IGI.

Both interventions nearly doubled the settlement rate for severance cases, but only when the worker was there to personally receive the information. The researchers hypothesize that lawyers likely did not act on the information or share it with their client after the initial hearing when workers were not present.

Higher settlement rates helped the courts deal with their large backlogs, but were workers better off? To understand this, researchers compared the outcomes of historical cases that ended in a trial with cases in the experiment that ended in a settlement. The analysis suggests that on average, workers valued what they received in settlement more than they valued the predicted amount they would have received if they took the case to trial. Additionally, workers who received one of the interventions were happier, less stressed, less likely to miss paying bills, and more likely to be out seeking to find another job.

For more about this research, see the evaluation summary.

Informed by the research, the Government of Mexico passed a national labor law reform that requires workers to meet with a conciliator before filing a severance case.

The Government of Mexico used insights from the research to inform a national labor law reform passed in May 2019. Drawing on the effectiveness of the “conciliator intervention,” the labor law requires a compulsory conciliation stage where workers must be present to talk with a court conciliator prior to filing a case. Furthermore, the 2019 labor reform includes multiple technological advancements that were motivated by the possibilities of administrative data and electronic case management demonstrated by the “calculator intervention.” Additionally, the law provides for a Specialized Office in each conciliation center to provide free information and legal advice to workers and firms who need to file conciliation requests.

Researchers made extensive efforts to share research insights with MCLC officials before, during, and after the evaluation. Notably, Joyce Sadka, one of the Principal Investigators of the evaluation, has an office located within the courts which made it easier to maintain a close relationship. As a result, court officials helped determine the research questions and the government invited Joyce to contribute to the drafting of the national labor law reform.

By showing the experts in charge of writing the reform the results of the evaluation, we were able to show them that the labor courts weren’t accessible for the majority of workers and that the model had to be changed. The data helped people who were resistant to the changes to understand that, though they were experts in the topic, they were disconnected from the reality of most people who were subject to the labor law. Without the data, it would have been difficult to provide real perspective to the reform.

— Joyce Sadka, Principal investigator and member of the group that contributed to drafting the reform

The continued partnership between the MCLC and the researchers also led to a follow-up evaluation funded by GI of the reforms that began in November 2019. Part of a broader research partnership with Mexico's City Government through its Digital Agency for Public Innovation, the evaluation is testing open questions including how new procedures for notifying parties affect corruption and case delays. The researchers and the government expect that the evaluation will inform implementation across other states nationally as the law is rolled out over the next three years, through 2023.

If we do not have indicators, we cannot make good decisions. Unfortunately, in Mexico, we do not always take this principle into consideration. Long-term partnerships between governments and researchers help improve our decision making.

In the wake of COVID-19, researchers have continued to partner with the court system to identify innovative solutions that streamline access to justice. Read more in this blog post.