Malaria is one of the world’s foremost public health concerns, killing close to 1 million people every year.   In many  malaria-endemic regions, resistance has developed to all but one class of antimalarial drugs, called artemisinin combination therapies (ACTs). ACTs sold in the retail sector are unaffordable for the poor, and although heavy subsidies can make them accessible, the benefits of treating more people and lowering transmission rates must be balanced against the risk of overtreatment, which can hasten the development of drug resistance. A new malaria testing technology, the rapid diagnostic test (RDT), has made it possible to perform malaria testing in the retail sector, but these tests are not demanded at prevailing prices. How can policymakers tailor the prices of subsidized drugs and diagnostic tests to target those truly sick with malaria and prevent those who do not need ACTs from taking them?

In Kenya, ACTs are now the only effective class of antimalarial drugs. The incidence of malaria in Western Kenya is very high, with nearly 70 percent of households  self-reporting an episode of malaria in the month before baseline. ACTs at government health centers in Kenya are nominally free,  but health centers feature long waits and limited hours, are often stocked out of medication, and the remotely-located poor often cannot afford to travel the distance to get there. Consequently, many people opt to purchase cheaper, less effective anti-malarials over-the-counter at drug shops located closer to home.

The Affordable Medicines Facility for malaria (AMFm) is an initiative currently being considered by major international aid agencies in which ACTs would be heavily subsidized to first line buyers throughout Africa (the subsidy policy is currently being piloted in 8 countries). But such a high subsidy could lead to overtreatment.  If people who do not have malaria presumptively buy ACTs without a diagnosis, this can contribute to drug-resistance, waste subsidy money and delay appropriate treatment for the true cause of illness.   Improving diagnostic access could considerably reduce overtreatment,  but there has been little research so far in this area. 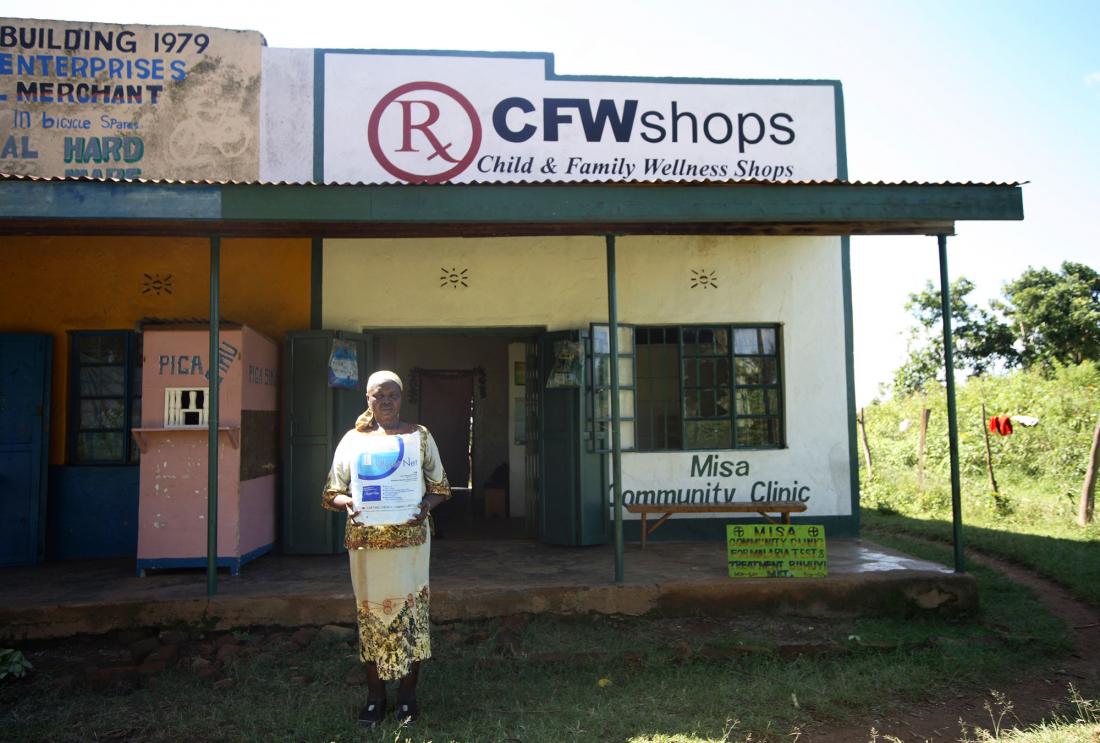 A lower subsidy level improved targeting to malaria-positive individuals without compromising access to ACTs among those who need them. At the two lower subsidy levels (80 and 88 percent), households were less likely to use an ACT voucher for adults, but no less likely  to use a voucher for young children, who are much more likely to actually have malaria and for whom malaria is most dangerous.  As a result, targeting improved.

At the two lower subsidy levels, about 75 percent  of patients for whom care was sought at the drug shop tested positive for malaria, while at the 92 percent subsidy level only 56 percent tested positive . Households were very willing to take RDTs, even when asked to share some of the cost: when the test was available, over 80 percent of the households who sought treatment at the drug shop chose to take an RDT before deciding what medication to purchase. However, many chose to buy an ACT even if they tested negative .

This evaluation suggests that an information or marketing campaign about the reliability of rapid diagnostic tests might help convince people to use and comply with them – but even without such a campaign, moving from the target AMFm subsidized price (92 percent of the retail cost) to an 80 percent ACT subsidy with RDTs could increase the share of ACT takers who are malaria positive at the drug shop by 24 percentage points.

While these results suggest that a slightly lower ACT subsidy than the one proposed by the AMFm would improve targeting without compromising access, the results also make it clear that a large ACT subsidy is needed in order to increase access among the neediest.  Taking some of the planned ACT subsidy money away from ACTs and putting it towards subsidizing and promoting RDTs could improve targeting and be particularly effective among adults, especially if adherence to test results can be improved.