The Psychology of Debt: An Experiment in India and the Philippines

In many low to middle income countries it is common for street vendors and other small-scale entrepreneurs to borrow small amounts of money for their working capital at very high rates of interest. Over time, these interest rate payments can amount to a burdensome proportion of a vendor's take-home profit. But if vendors saved small amounts of money over time, they might be able to build up a buffer of savings large enough to stop the practice of borrowing money from informal lenders. It is unclear, though, whether vendors may persist in borrowing due to lack of information about the benefits of saving and whether a financial literacy invention could benefit these entrepreneurs.

In urban markets in the Philippines, like the large covered market in Cayagan do Oro, street vendors are prevalent and often borrow from informal moneylenders at high rates of interest. Vendors in this study all ran their own businesses, had a history of indebtedness at interest rates of at least 5 percent per month over the previous 5 years, and had an outstanding debt of less than PHP 5,000 (US$100). Vendors were included in the study only if they met these conditions and operated a business in or near the public market in Cagayan de Oro. Vendors most often used their loans to expand or maintain their current businesses. 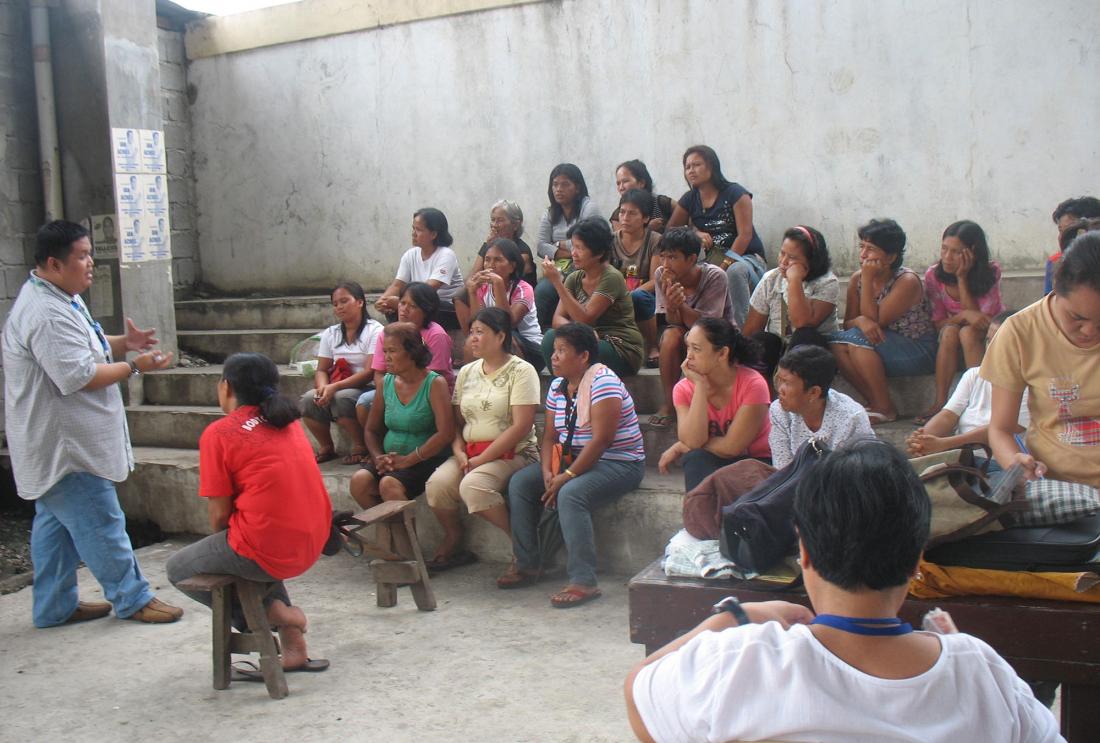 Researchers tested two interventions to help break the cycle of debt. After an initial baseline survey to gather information on history of debt, household consumption, and financial literacy, 250 vendors were randomly assigned to one of four groups. They either (1) had their outstanding debt paid off, (2) were given financial literacy training, (3) received both, or (4) received nothing (comparison).

For the debt payoff intervention, researchers gave respondents money equal to their previously reported debt and had them payoff their outstanding balances (an average of about US$47). For the financial literacy intervention, researchers developed a script modeled after Freedom from Hunger's financial literacy module. Partner staff conducted a single financial literacy session with respondents in small groups of about 16 people that focused on the benefits of savings, the long-term costs of repeated borrowing from moneylenders, the value of planning in advance and saving for large expenses, and the advantages of borrowing from formal lenders (like microfinance institutions or banks) at lower interest rates.

Results Forthcoming. A follow-up study is being conducted to replicate the results, expand the sample, and assess the impact of adding a savings component to the debt forgiveness intervention. This component consists of offering a savings account with no starting fees and a subsidy for initial deposits.