Hundreds of millions of people in developing countries earn their living through small-scale businesses with very low levels of working capital. Approximately a quarter  of households living on less than US$2 per day have at least one self employed household member. Enabling small-scale entrepreneurship has long been identified as a mechanism to alleviate poverty, and substantial attention has been paid to microcredit as a means to promote entrepreneurship. However, the impact of microcredit schemes on business outcomes, especially for the very poor, is still largely unknown, and many banks which target the poor realize low or negative profits. In this context, some have argued that the focus needs to be put on savings instead of credit, since evidence suggests that individuals should be able to save their way out of credit constraints. But this strategy demands accessible opportunities for people to save securely – an uncertain prospect for the vast majority of the poor who still lack access to formal banking services of any kind.

In Kenya, small enterprises have been estimated to account for more than 20 percent of adult employment and 12-14 percent of national GDP, but only 2.2 percent of surveyed microentrepreneurs had a savings account with a commercial bank prior to the study. Some individuals have demonstrated a willingness to pay a premium to save securely, often receiving negative interest or tying their funds up in illiquid savings and credit associations. The fact that people take up these costly strategies suggests that the private returns to holding cash at home are even lower, possibly due to the risk of theft, appropriation by one’s spouse or other relatives, or because individuals tend to over-consume cash on hand.  In the village of Bumala, a market center along the main highway connecting Kenya to Uganda, a community-owned bank sought to increase access to formal banking by offering savings accounts to villagers. Still, two years after opening, only 0.5 percent of daily income earners had opened an account, citing lack of information about the bank and the inability to pay the account opening fee as primary reasons for low take-up. 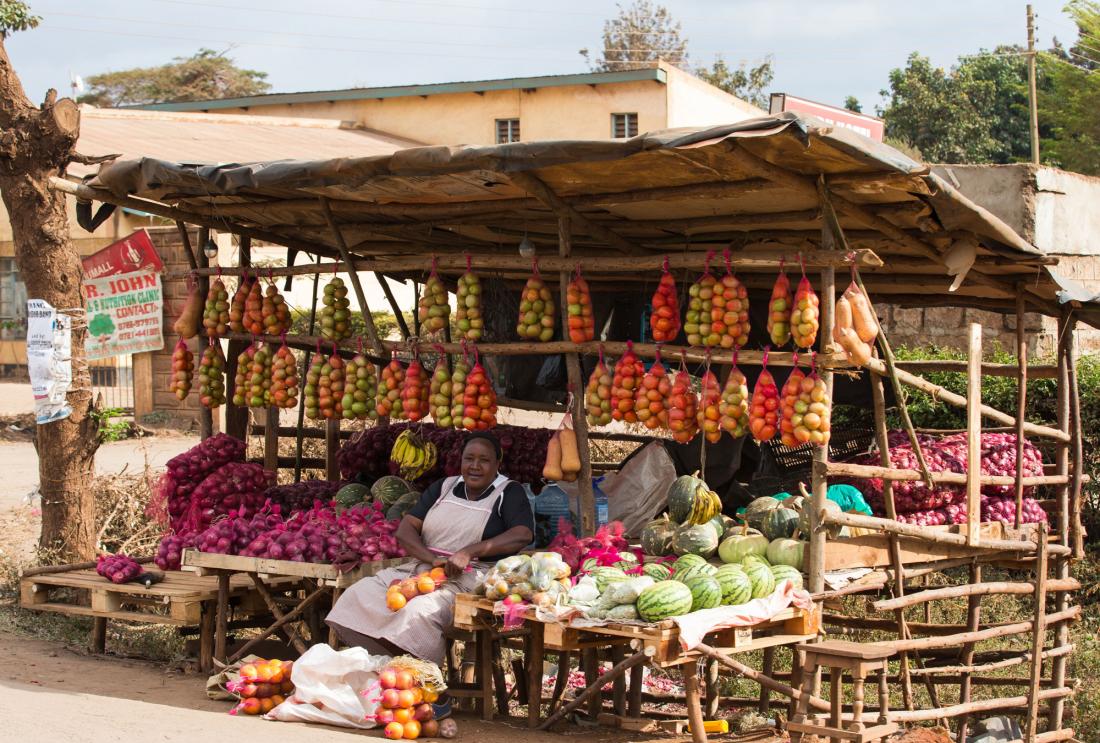 Working in collaboration with the Bumala village bank, researchers studied the importance of savings constraints for self-employed individuals in rural Kenya. Field workers identified market vendors, bicycle taxi drivers, and self-employed artisans who did not already have a savings account, but were interested in opening one. Of the eligible individuals, 163 were randomly selected to be offered the option to open a savings account at no cost, with a minimum balance that could not be withdrawn. These accounts offered no interest and included substantial withdrawal fees. Thus, the de facto interest rate on deposits was negative. A comparison group of 156 individuals was not barred from opening an account but was offered no assistance in doing so.

To test the prevalence and impact of savings constraints, researchers examined 279 self-reported daily logbooks kept by individuals in both the treatment and comparison groups. These logbooks included detailed information on market investments, expenditures and health shocks, making it possible to examine the impact of the savings accounts along a variety of dimensions. Field workers met with respondents twice per week to verify the logbooks were being filled out correctly, and paid respondents a small amount for each week the logbook was completed correctly. This information was supplemented with administrative data on savings from the bank itself.

Impact on Savings Account Take-up: Eight percent of respondents refused to even open an account, while another 39 percent opened an account but never made a deposit. Of those who did utilize the savings accounts, women made significantly larger deposits, a median of 100 Ksh,(US$1.42, equivalent to 1.6 times average daily expenditure) compared to the median deposits for men of 50 Ksh ($0.71).  This gender difference increased for those who deposited more.  Account usage was very strongly correlated with wealth, suggesting that the accounts were mostly useful for people above subsistence levels.

Impact on Savings Behavior: Reported average bank savings were higher in the treatment group. For male market vendors, bank savings crowded out savings in animal stock and rotating savings and credit associations (ROSCAs—informal groups that require members to make regular contributions to a savings pot that is periodically given to one member).  However, females in the treatment group did not decrease other forms of savings in animal stock and ROSCAs.  There are various possible explanations for the continued use of ROSCAs by women. It is possible that ROSCAs are valuable as a source of credit and emergency insurance; that they provide a form of savings commitment through social pressure; or that changes in ROSCA participation could not be captured during the study due to the long  savings cycles (up to 18 months).

Impact on Business Investment: Four to six months after they were offered, bank accounts had substantial positive impacts on business investment for women, with a 45 percent increase in average daily investment. This suggests women faced large negative returns on money they saved informally, and those constraints were important for the businesses they run.  While very large on average, this treatment effect is also quite heterogeneous: only 57 percent of women in the treatment group made at least one deposit within the first 6 months of opening the account, and only 43 percent made at least two deposits within that timeframe.

Impact on Private Expenditures: Findings suggest that higher business investment in the treatment group led to higher profits, as measured through household expenditures.  The accounts had a significant positive impact on expenditures on the entire sample, with this effect most strongly concentrated for market women. About 6 months after having gained access to the account, the daily private expenditures of women in the treatment group were on average 27 to 40 percent higher than those in the comparison group. Daily expenditure on food was also significantly higher.

Impact on Health Shocks: Evidence suggests that the accounts had some effect in making women less vulnerable to health shocks. The logbooks showed that women in the comparison group were forced to draw down their working capital in response to illness. Treatment women were less likely to reduce their business investment levels when dealing with a health shock, and were better able to smooth their labor supply during illness. In particular, women in the treatment group were more likely to be able to afford medical expenses for more serious illness episodes.