Women may face lower career success due to avoiding career-enhancing actions that would harm them in the marriage market. Researchers evaluate whether single women exhibit these tendencies in an elite US MBA program by testing whether students reported different ambitions privately and publicly, or if their responses varied when the audience was largely male. Researchers found that when they expected their answers to be shared, single women reported wanting US$18,000 less in annual compensation, jobs with less frequent travel, and work with fewer hours per week than when they thought their answers would be private.

Even in the twenty-first century, research in the US shows that men prefer partners who are less professionally ambitious than they are. 1 Previous studies have found that men tend to avoid female partners with characteristics that are usually associated with professional ambition, like high levels of education. 2 Previous studies also indicate that it is relatively unlikely that a woman will earn more than her husband, and when she does, marital satisfaction is lower and divorce is more likely. 3 On the other hand, for men, the labor and dating markets are more closely aligned: women value their male partner’s intelligence and education, even when these exceed their own. 4 Women may thus face a unique tradeoff: actions that lead to success in the labor market may lead to failure in the dating and marriage market. This tradeoff can influence important decisions, like the types of jobs women apply for or asking for a promotion, as well as smaller decisions, like speaking up in meetings, taking charge of projects, or working late—all of which can affect women’s long-term professional success.

Past research has found substantial gender differences in career outcomes, and thus lifelong earnings, for elite MBA program graduates.  This may be partially due to differences in behavior between male and female students in graduate school, where many students are both investing in their careers and looking for long-term partners. A 2015 survey of alumni of a top US business school, for example, found that among young married graduates, 31 percent of women and 16 percent of men are married to fellow classmates. If women perceive that men are looking for partners who are less ambitious, they may participate less in class or hesitate to take leadership positions in professional clubs and organizations. Understanding the implications of these tradeoffs can contribute to identifying the causes of gender gaps in labor market outcomes.

In this study, which took place at an elite US graduate business school, researchers analyzed six years of administrative grading records from 2010-2016, and collected data through two evaluations and a survey of incoming MBA students in 2016. The average age of all students was 28. Eighteen percent of students in the administrative dataset were married or in a domestic partnership. Of the students who participated in observations and surveys, twenty percent were married, ten percent were engaged or cohabiting, and a further 22 percent reported that they were in a serious relationship. 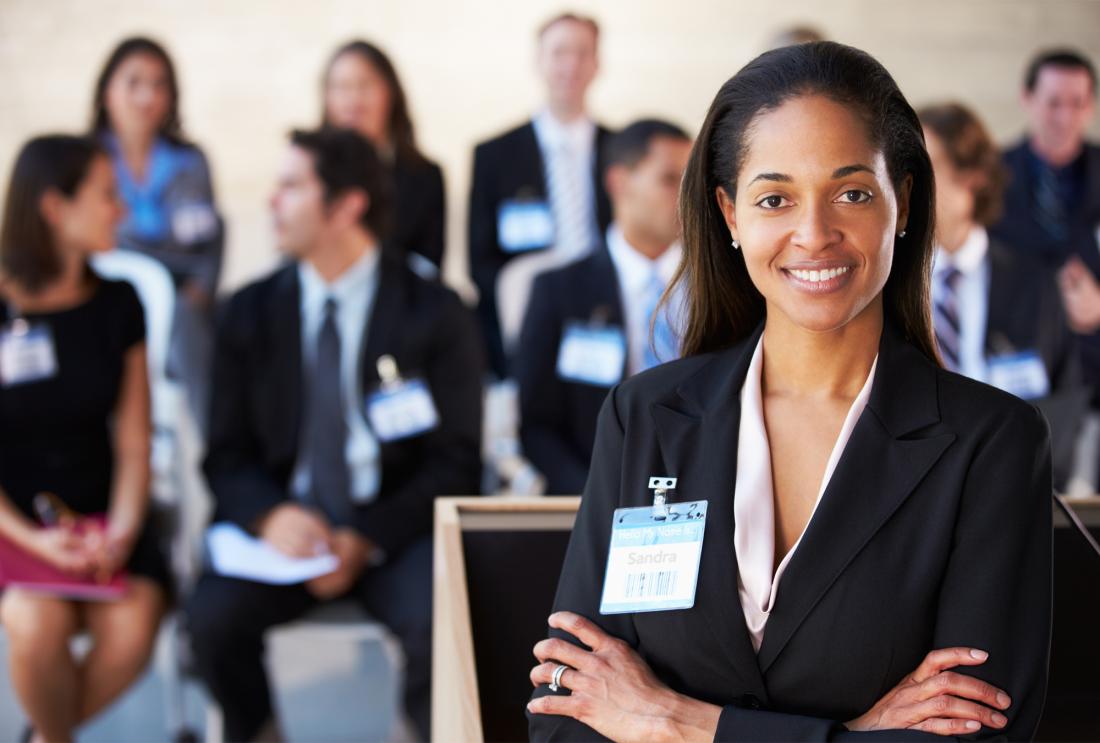 In 2016, researchers conducted two randomized evaluations to test whether single women respond to the tradeoff between academic and social performance by changing their career-oriented behavior when they know it will be visible to their peers.

In the first evaluation, on the first day of the MBA program, a career counselor asked new students to fill out a questionnaire about their job preferences that would be used to help place them into summer internships. The questionnaire asked about students’ desired compensation, hours of work, and days per month of travel; and asked them to rate their leadership abilities and professional ambition. Students were randomly assigned to complete one of two questionnaire versions: in the public version, instructions noted that “your answers” would be discussed during the career class, and in the private version, instructions noted that “anonymized answers” would be discussed during class.

In a second evaluation, researchers tested whether single women would represent themselves as less ambitious and less career-focused in front of their male, as opposed to female, classmates. Students were placed in small groups of six or seven; some female students were randomly assigned to groups of otherwise all-male students, and some were randomly assigned to all-female groups. Researchers then distributed a short questionnaire asking students to make hypothetical choices over jobs. For example, in one hypothetical, students were asked to choose between a job with a high salary and long work hours, and one with a lower salary and standard work hours. Students were told that their answers would be discussed in their small groups.

Students also completed a survey that asked whether in the two years of work before entering business school, they had ever avoided an action that they thought would help their career because they believed it would make them look too ambitious, assertive, or pushy. If a student indicated yes, they were asked to mark which of the following actions they had avoided: speaking up at meetings, offering to make a presentation or sales pitch, asking for a leadership role in a team or task force, and taking initiative in negotiating a raise or promotion.

Researchers also collected five years of administrative data on students’ class participation grades, as well as assignment and exam grades. Students’ participation is visible to their classmates, whereas their performance in the rest of the class can be kept private. Using this data, researchers could assess differences in private versus public performance between married and unmarried women and their male classmates.

Researchers found substantial evidence that single women reduced their career ambitions and assertiveness when these traits were visible to men.

Nearly three-quarters of single women in the MBA program reported having avoided activities they thought would help their careers to avoid looking ambitious, assertive, or pushy. Almost two-thirds of single women reported having avoided taking initiative in negotiating a raise or promotion for that reason, despite the fact that they thought it would help their careers. Single women were more likely to have avoided these activities than non-single women or men.

Moreover, despite the fact that single and married women perform similarly in class when their performance is not shared with classmates (on exams and problem sets), unmarried women perform substantially worse on class participation (which is visible to classmates). This difference is not explained by observable characteristics. Marital status does not have an effect on exam, problem set, or participation grades for men.

Overall, these results highlight the importance of social norms—in particular, differences in what is expected from (and preferred in) a husband and a wife—in explaining gender gaps. The findings raise the possibility that a desire to succeed in the dating market may affect choices that have long-term consequences for women’s careers, from investment in middle- or high-school math to the selection of college major or industry of work.

An open question remains as to whether women hold accurate beliefs about men’s marriage market preferences. A 2006 study suggests that even men in elite graduate school programs prefer less ambitious and assertive partners.  Nevertheless, women may be over- or under-estimating men’s preferences.

After learning about the differences in responses between single women and other students, the career center at the university decided not to use the questionnaires to assist them in determining internship and job placements.

Open questions remain on what interventions may mitigate the impacts of these tradeoffs on women’s careers. For example, schools and workplaces often have to decide the extent to which students’ and employees’ actions are observable to others. These results suggest that obscuring certain actions could affect gender gaps.

5 result(s)
The Hidden Taxes on Women
Single women downplay career goals and salary expectations
The Ambition-Marriage Trade-Off Too Many Single Women Face
Why Young Women Play Down Their Career Goals Around Men
Audio: Research Examines The Effects Of Gender On Stated Ambition