In countries with poorly-enforced labor laws, workers in factories that supply goods to foreign firms often face hazardous workplace conditions and limited labor rights. A researcher partnered with the Alliance for Bangladesh Worker Safety, a consortium formed by US multinational companies, to evaluate the impact of privately enforcing local labor laws on garment factories in Bangladesh. Enforcing the legally-required creation and operation of workplace safety committees increased factories’ compliance with the labor law and some measures of factory safety, without reducing factory efficiency. However, factories with poor managerial practices did not improve compliance or safety, and in these factories, workers’ job satisfaction declined.

In low and middle-income countries, workers in domestic firms that supply goods to foreign multinationals often face poor workplace conditions and limited labor rights. The adverse workplace conditions in supplier firms–including factories in the apparel, electronics, and oil industries–can be harmful for workers’ health and wellbeing.1 Even when workplace regulations do exist, governments may lack the capacity or the political will to enforce them.2 A 2018 global ranking of labor laws and enforcement found that 65 percent of developing countries systematically violate or provide no guarantee of rights to workers.3

In response to the detrimental workplace conditions and weak regulations in some domestic industries, many foreign multinational companies (MNCs) choose to impose workplace safety regulations on their local suppliers as a part of their corporate social responsibility programs. However, little is known about whether local suppliers comply with the labor regulations imposed by private MNCs, or if the enforcement of these regulations actually improves labor standards for local workers.

In Bangladesh, domestic firms in supplier industries are tightly connected to foreign MNCs, which rely on the country’s low prices and large production capacity. This is particularly true for the apparel sector; Bangladesh is the second largest exporter of clothing in the world behind China, and the apparel sector has been a major driver of the country’s economic growth.

In the apparel sector and beyond, Bangladesh has been perceived as having weak legal protections for workers, low enforcement of regulations, and low minimum wages for many years. A series of high fatality industrial accidents in 2012-2013 led the government and multinational firms to take steps to improve workers’ safety and labor rights. In particular, the Government of Bangladesh amended its labor law to improve workplace safety. A key provision of the amendment is the requirement that factories with at least 50 workers must create worker-manager safety committees of 6-12 members. These committees are meant to conduct activities that improve factory safety and worker well-being, including factory risk assessments, worker trainings, and regular disaster management drills.

Also in 2013, a group of 29 US-based multinational retailers (including Gap and Wal-Mart) formed the Alliance for Bangladesh Worker Safety (hereafter, the Alliance). Member companies required all factories in their supplier base to participate in workplace safety measures, such as building safety audits and worker training and empowerment programs. Overall, the Alliance covered between 600-700 garment factories and 1.21 million workers in the country.4 The Alliance formed a key part of the Government’s 2013 action plan to improve safety conditions, with MNC groups sharing the responsibility of overseeing safety in the factories they covered.


However, enforcement of and compliance with workplace safety regulations was low in factories under the government’s purview: as of mid-2017, only 210 of these 1,549 factories had formed safety committees (which were required by law). In addition, only 20 percent of the factories in the sample had complied with the legal requirement to create a safety committee as of mid-2016. 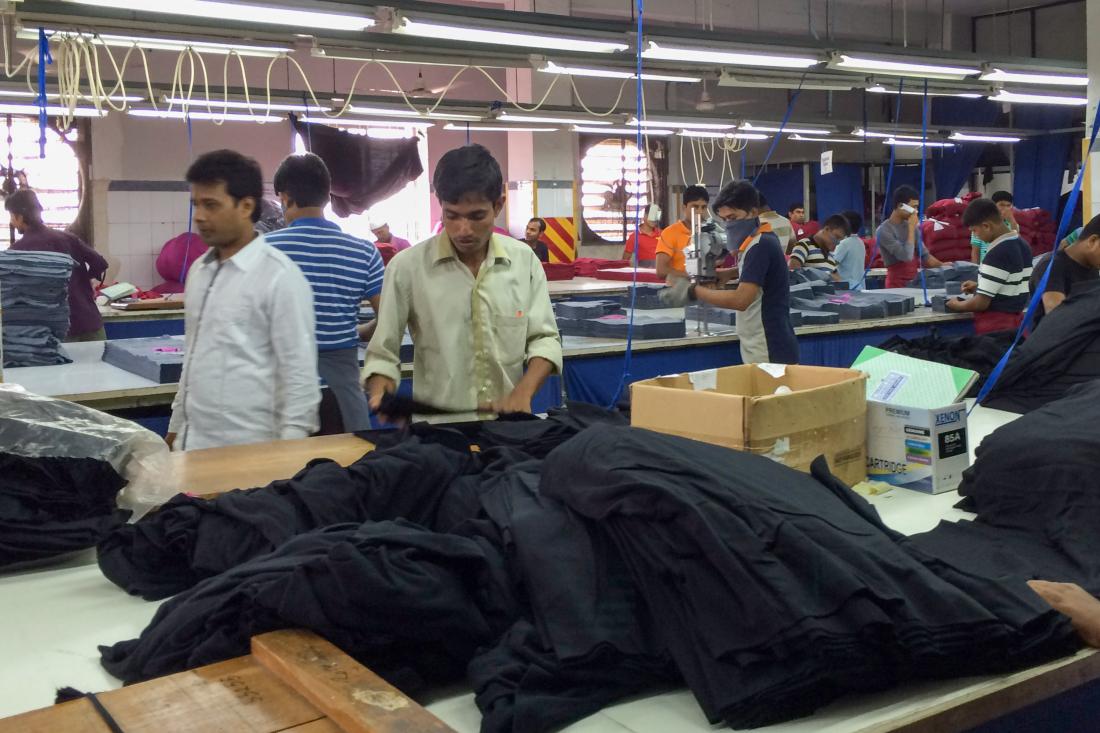 The researcher partnered with the Alliance to evaluate the impact of enforcing local labor regulations on domestic supplier firms in Bangladesh. The researcher randomly assigned 84 domestic supplier factories under the purview of the Alliance to either receive a safety committee enforcement program in 2017 (41 factories) or to serve as a comparison group (43 factories, all of which would receive the program after the conclusion of the evaluation).

The safety committee enforcement program enforced a recently-passed law that required domestic factories to have safety committees. The program was designed to ensure that factories established their committees and to monitor committees’ performance. The Alliance also provided light training to committee members. Overall, the enforcement program involved 3.5 months of support to establish the committee and train workers on its roles and responsibilities, followed by an additional 2.5 months of monitoring to track committee activities.

The researcher measured the impact of the safety committee enforcement program on factories’ compliance with the safety committee law and on committee effectiveness, worker wellbeing and job satisfaction, productivity, employment, and wages. She collected data through factory visits, surveys on business performance, and administrative data from the Alliance.

As measured toward the end of the 6-month program, the safety committee enforcement program increased factories’ compliance with the labor law and improved factory safety conditions. These effects were concentrated in factories with better managerial practices. In factories with poorer managerial practices, the program decreased workers’ job satisfaction, possibly because it raised workers’ expectations beyond what the factory was able to achieve.

Committee effectiveness: Toward the end of its implementation, the program led to a 0.14 standard deviation increase over a comparison group score of 0.103 standard deviations on an index measuring the effectiveness of the committees at improving worker safety, increasing safety awareness, and engendering a culture of safety. The effects were strongest in terms of increasing the amount of factory safety spot checks. Furthermore, these effects were mainly driven by factories with better management practices. However, the program did not significantly impact factories’ safety culture or workers’ awareness of the safety committees, likely because program and comparison factories both already had high levels of committee awareness, perhaps due to their participation in a separate Alliance safety training program that included information about safety committees. In addition, program factories no longer significantly outperformed comparison factories in terms of committee effectiveness 3-4 months after the end of the program. This was likely due to comparison factories improving the effectiveness of their own committees in an effort to prepare for future enforcement by the Alliance.

These findings demonstrate that private enforcement of labor laws can improve compliance and contribute to achieving the law’s objectives in well-managed domestic factories. However, the different findings for firms with better versus poorer managerial practices highlight the importance for MNCs of taking suppliers’ ability and capacity to meet higher labor standards into account.

The Alliance incorporated learnings from the study into the design of its safety committee enforcement program. Following direct dissemination of the results by the researcher to the Alliance and member companies, several firms mentioned that these findings influenced their policies and programming with suppliers. In addition, in part in response to the findings that the program effects were concentrated in better-managed factories, the Alliance launched a training program for mid-level managers on improving managerial capabilities for safety. The post-Alliance organization, Nirapon, has maintained these practices.

Dal Bo, Ernesto, and Frederico Finan. 2016. “At the intersection: A review of institutions in economic development.” Working Paper.