Rising world food prices and fears of food shortages have refocused attention of many policymakers on the challenge of increasing agricultural productivity in developing countries. While many parts of the developing world have experienced boosts in food production in recent decades, agricultural productivity has remained relatively low in Sub-Saharan Africa, which may be attributable to low adoption of new technologies. Understanding the reasons underlying this lack of adoption is key for the design of interventions or policies to increase agricultural productivity. This research focuses on information constraints as a possible barrier to technological adoption. Specifically, this research examines how giving farmers the opportunity to experiment and learn about new technologies affects future adoption and farm productivity.

Farmers in western Kenya have limited knowledge of farm inputs suitable for the agro-ecological conditions they face, and use of agricultural inputs in the region is low. The opportunity to experiment with different products, such as parasite-resistant maize seeds, and learn about integrated soil fertility management may improve farming practices and increase agricultural productivity.

Integrated soil fertility management (ISFM) is a set of agricultural practices adapted to local conditions to maximize the efficiency of nutrient and water use and improve agricultural productivity. ISFM strategies center on the combined use of mineral fertilizers and locally available soil amendments (such as lime and phosphate rock) and organic matter (crop residues, compost, and green manure) to replenish lost soil nutrients. 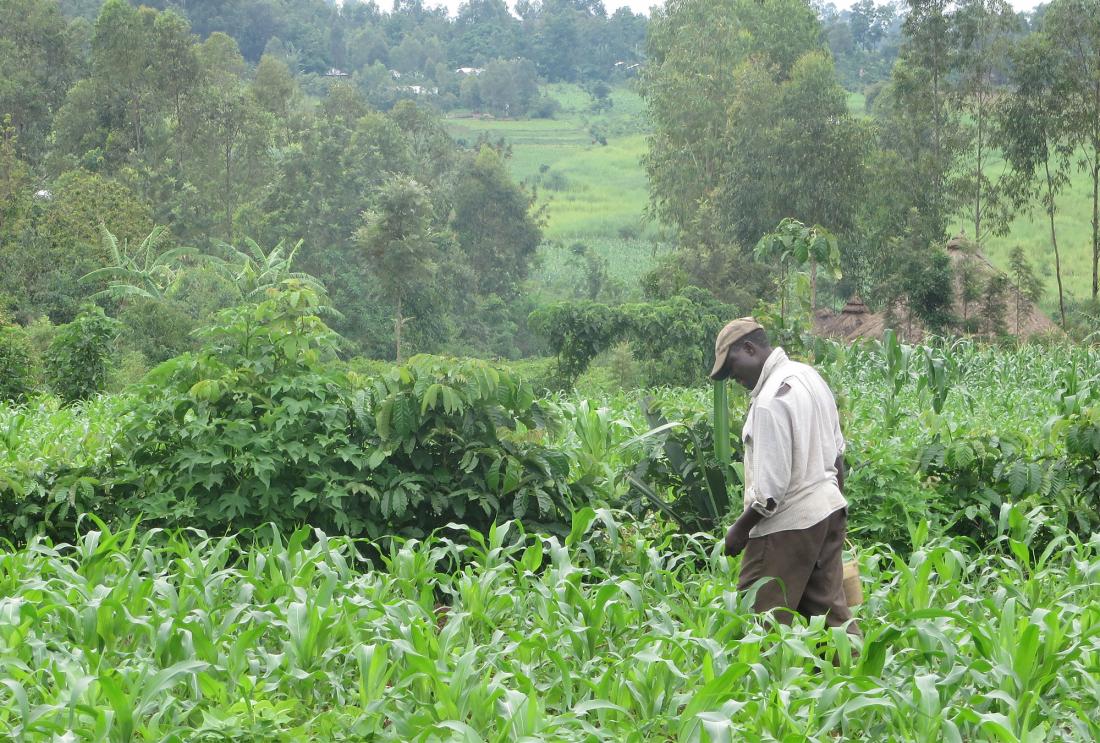 This study evaluates how farmer experimentation and learning about different inputs impacts subsequent use of high-quality inputs and agricultural productivity. The evaluation is being carried out in partnership with the International Institute of Tropical Agriculture (IITA) among 960 smallholder farmers in 96 villages in Siaya County in rural western Kenya.

Through a public lottery, half of the villages were randomly assigned to serve as a comparison group and the other half were assigned to the treatment group. Ten households in each treatment village (five randomly selected and five selected by village members) were invited to participate in agronomical trials for three seasons with either maize, soy, or a soy-maize intercrop. The trials began in two waves, with half of the treatment villages starting during the long rains in spring 2014, and the other half starting during the short rains in fall 2014.

Farmers in the treatment group received free seeds, fertilizer, and assistance with the preparation of demonstration plots of about 12 meters by 17 meters. These plots were subdivided into six subplots, of which one was a comparison plot. Each of the treatment plots have a different set of fertilizers and seed varieties, chosen in such a way that it should be possible to discern the effect of each product separately and in combination with others.