Using the DOTS Model to Combat Tuberculosis in India

The tuberculosis (TB) epidemic is directly addressed by the Millennium Development Goals, which pledge to “halt and reverse the incidence of major diseases” including tuberculosis. While the technology exists to cure cases of Tuberculosis, the biggest challenge to contain the spread of the disease is to detect it in a timely manner and ensure that patients complete the entire course of treatment. The symptoms of the disease often disappear after a few weeks of treatment, considerably weakening a patient’s incentive to continue to undergo treatment. Can positive or negative financial incentives for health workers encourage them to detect new tuberculosis cases and prevent patients from defaulting on treatment?

India has the highest incidence of tuberculosis in the world, with the peak rates typically found in urban slums. Overcrowding increases contagion, and lack of space or access to running water can prevent adequate disposal of infected mucus that is coughed up by infected persons. The DOTS (Directly Observed Treatment – Short course) system, which stipulates that an independent observer watch the TB patient swallow his or her anti-TB pill three times a week for at least two months, has led to significant progress in the treatment of TB. However, this treatment method is less effective in addressing the challenge of efficiently curing remote populations. Government dispensaries are often located far away from slums, making it difficult and costly for TB patients to be identified and then comply with the entire treatment.

Operation ASHA, a Delhi-based NGO, specifically targets TB in urban slums. Operation ASHA has established a network of community-based DOTS centers in five states in India. These centers are located in small shops, pharmacies, or temples, they open at convenient hours, and they each cover a small neighborhood to minimize the distance between an average patient’s house and his or her center. Each center is supervised by a counselor, who delivers information to the community, engages in the detection of new patients through widespread community testing, and tracks patients enrolled in the center who have missed a pill to bring them back onto the regular course of treatment. 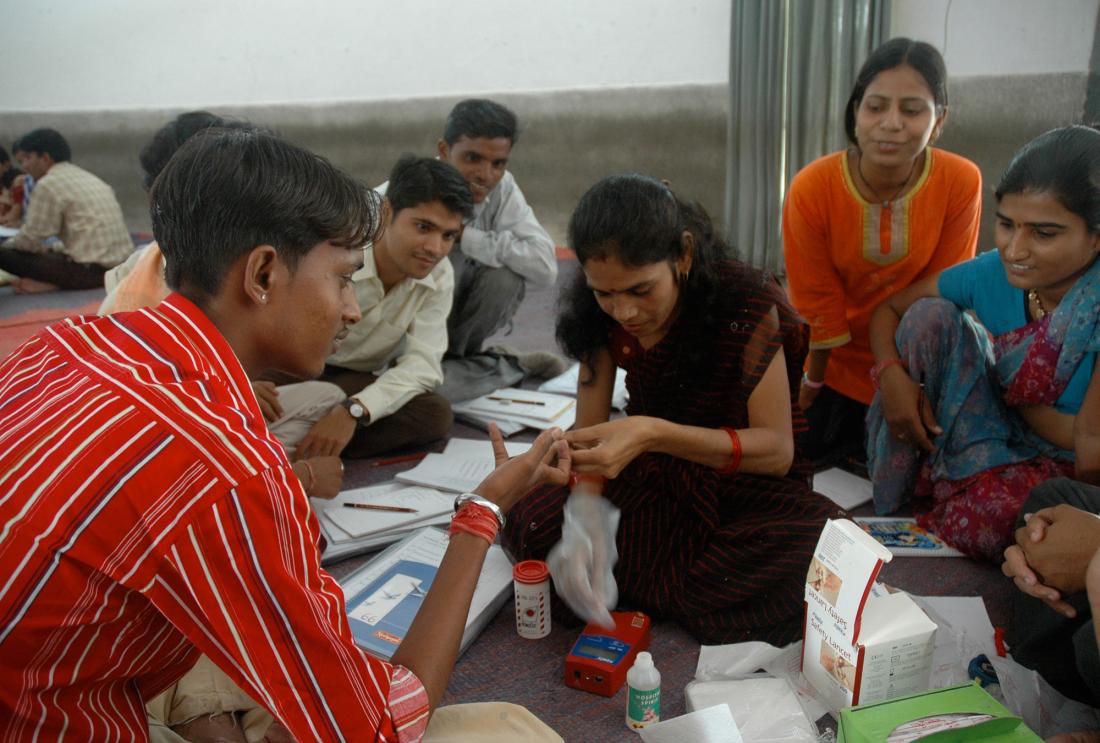 This intervention is aimed at improving the counselor’s motivation to complete their tasks properly. An incentives scheme was designed to financially reward counselors for each new patient enrolled in the DOTS system. After a six month enrollment period, the counselors must ensure that patients comply with the treatment and complete it. At that stage, they get financially penalized for each default. These incentives and penalties come in addition to a base salary that guarantees the counselors will get a minimum amount for their work.

By randomly allocating counselors to receive a fixed or an incentivized salary, researchers hope to evaluate the impact incentives have on counselor motivation to perform their job well. At the end of the study, treatment cards from the DOTS centers as well as registers maintained at government hospitals will be used to determine the effect the program had on the number of detections and the number of defaults in each center.