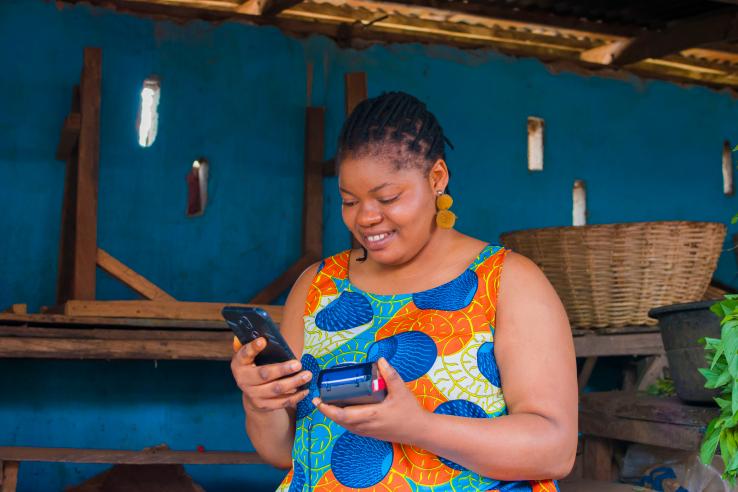 Ninety percent of countries have at least one legal barrier to women owning property, receiving an inheritance, or opening a bank account. Only six countries in the world give women equal work rights as men. And at 49 percent, the global female labor force participation rate is 27 percentage points lower than that of men.

These are just some examples of how, despite the considerable progress that has been made in achieving gender parity, the inequalities faced by women remain a major global challenge.

This imbalance between genders not only robs women of equal opportunity and dignity, it is also costly for societies. Several studies have shown that a more gender-balanced world would not only benefit women but everyone. A recent study by the International Monetary Fund found that women bring new skills to the workplace, increasing economic benefits for all, including boosting male wages. Further, the study also implies that standard models, which do not differentiate between genders in their analysis, understate the favorable impact of gender inclusion on growth, and misattribute to technology a part of growth that is actually caused by women’s participation. More specifically, they predict that for countries ranking in the bottom-half for gender equality, closing the gender gap could increase gross domestic product by 35 percent on average.

Evidence suggests that greater control of household finances by women, either through cash transfers or increased personal earnings, can have significant positive effects on women themselves and their households. Studies show that access to financial products designed to help women retain control over resources can lead to more decision making power, better risk management, smoother consumption in the face of shocks, and/or increased household welfare, such as through increased expenditure on education.

For example, a study in the Philippines shows that the opening of a goal-based commitment account increased savings by 81 percent and resulted in greater bargaining power for women within the household, increased expenditure on household consumer durables (washing machines, sewing machines, electric irons, kitchen appliances, air-conditioning units, fans, and stoves) and other durables (vehicles/motorcycles, entertainment, and recreational goods) and were particularly attractive to less empowered women. Further, in Nepal, easily accessible, no-fee savings accounts were offered to female heads of households living in slums and resulted in an uptake of 84 percent of women opening an account, which boosted spending on education and nutritious foods.

The evidence highlights how providing women with the right financial tools can support women’s empowerment and result in better outcomes for not only women but also children, household welfare, and the wider community. However, on the flip side, studies have found that access to financial resources do not consistently enhance women’s economic empowerment, partly due to restrictive gender norms and household dynamics. Can technology help overcome these barriers women face?

The role of digital technology

While there is no silver bullet for achieving gender parity, digital technology presents an opportunity to narrow gender gaps by enhancing access to welfare services, identification (ID), and financial services and information.

Access to digitally transferred resources allows for greater privacy and security. Switching to digitally transferred grants or loans could overcome prevalent social norms, such as other members of households claiming control on women’s income and savings, allowing women to have more financial control and empower them to push back on restrictive gender norms. Further, the World Bank argues that the widespread proliferation of mobile phones in low- and middle-income countries combined with the decreasing cost of biometric technology presents a transformative solution to capturing identification data and improving the ability of the state to reach and serve the population, including especially disadvantaged groups like poor, rural women. Securing identification for women is imperative, as possession of government recognized identification enables them, in many contexts, to assert their legal rights, access financial services, and claim entitlements to social programs for their children and themselves.

Digital payment and ID systems can help empower women in many different ways:

The private nature of the digital payments, as opposed to cash, help women maintain privacy and security of the funds. Results from a 2016 study in Niger found that paying the transfer directly into the mobile wallets of women, as opposed to providing them cash, may have affected the distribution of intra-household bargaining power. More specifically, digital transfers often provide more privacy and security making it more difficult for their spouse to observe the arrival of the transfer, digital social transfer programs may provide women with more decision making power around how the transfer is spent. Further, delivering cash transfers targeted to women digitally through mobile money improved dietary diversity compared to traditional cash delivery, and girls living in poor households with female pension recipients demonstrated better nutrition than those with just male recipients.

Traditional social norms and intrahousehold bargaining power imbalances play a large part in suppressing female employment, especially in low- and middle-income countries. In India, researchers found that depositing women’s wages directly into their bank accounts (instead of the male household head’s account) increased female labor force participation, especially for women who previously had not worked or whose husbands disapproved of women working. The study also found that women receiving direct bank deposits were more likely to push back on restrictive gender norms, to hold more liberal attitudes towards women’s work, and visit common public places, like markets and health centers. These results suggest that by strengthening women’s control of household resources, digital payments systems may increase female’s bargaining power and consequently their engagement in the labor market.

Financial inclusion can reduce poverty, particularly among women. For example, based on a difference-in-difference study in Kenya, researchers observed that the use of mobile money led to a 2 percent reduction in poverty. The impact on female-headed households was more than twice the average measured, the research found.

Digital technology presents us with an opportunity to collect more data, which can be disaggregated by gender and used to advance gender equality policy discussions and planning. For example, in the report Mapping Gender Data Gaps, Data2X argues that data from mobile phones and the internet—like online searches and social media feeds—can be aggregated and used to build new gender datasets that have sufficient granularity to ask relevant policy questions. This data can inform policymakers about existing gaps and also help them target women and other groups that are being left behind.

Digital technology: A wedge in the chasm?

However, one needs to be cautious when implementing digital solutions to ensure that they do not lead to further division; especially since women’s access to and use of digital technology and the internet tends to lag in comparison to men. From 2013 to 2016, the internet gender usage gap increased from 11 to 12 percent and an estimated 250 million fewer women were online compared to men. These statistics reveal that the digital gap is not only persistent but may be deepening.

Further, women’s access to digital technology and the use of digitally transferred benefits is constrained by factors that go beyond issues of regulations and infrastructure. While there is evidence that digital payments can help overcome cultural and social norms in some situations, more research is required across different contexts and time periods to measure the ability to fundamentally change restrictive norms. Hence, while digitization does offer many opportunities, its use requires careful thought of mitigating measures to ensure that the gender gap is not further widened.

Authors’ Note: The Digital Identification and Finance Initiative in Africa (DigiFI) is interested in understanding the interplay between digital technology and gender dynamics and supporting governments that are testing and designing policies to ensure digitization does not leave women and other marginalized groups behind. If this interests you, please reach out to us at [email protected]. This is the final blog in our DigiFI series. Please do reach out to us with any questions or ideas. 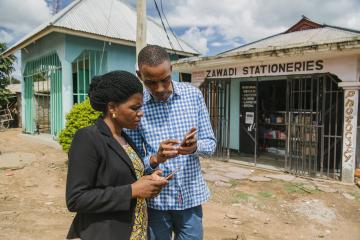 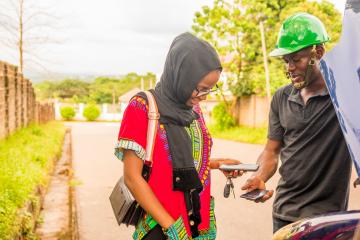 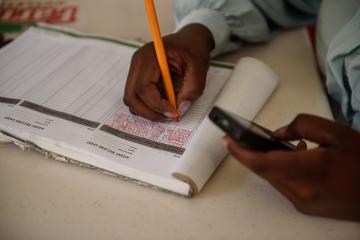 Incentivizing public sector employees: The role of digital technology in enhancing the carrot and the stick