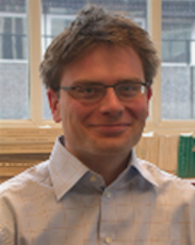 News
4 Ways Workplace Automation can Help HR Teams Get Work Done Right
Does Working From Home Actually Work?
Do management interventions last? Evidence from India
How Corporations Benefit From Flexible Work
A Stanford Professor Says Working From Home Makes You Happier and More Efficient. There's Just 1 Catch
The benefits of working from home
Working From Home Is ( … Probably) Not Ruining Your Social Skills
The working environment is changing—and tech is here to help
Stanford study: Letting employees work from home raises productivity
A working from home experiment shows high performers like it better
IMF lists 25 brightest young economists
To raise productivity, let more employees work from home
Audio: Stay at home workers more productive
Evaluaciones
Evaluating the Impact of Working from Home on Productivity and Work-Life Balance in China
Impact of Management Consulting on Firm Productivity in India
Publicaciones
Do Management Interventions Lasts? Evidence from India
Does Working from Home Work? Evidence from a Chinese Experiment
Why Do Firms in Developing Countries Have Low Productivity?
Does Management Matter? Evidence from India
Blog Posts
How can the Nobel-winning “experimental approach to alleviating global poverty” contribute to research on job creation?
Introducing J-PAL's Firms sector