The dramatic growth of international migration means that increasing numbers of households in developing countries have members working abroad. These households face many unique challenges in managing their finances, including extended separation between income earners and their families which makes it difficult to monitor each other's saving and spending habits, management of international remittance transfers, and large, but temporary increases in household income.

Since migrant workers typically have temporary contracts, many see savings as a way to ensure that households do not fall into poverty once they return home. Yet, past studies in Mexico and El Salvador have shown that households receiving international remittances have low savings levels. Policymakers in remittance-receiving countries have become interested in encouraging households to channel more of their remittance income to savings, education, and capital for business enterprises. Providing migrant workers with financial literacy training may be one way to increase savings and remittances in transnational households. How does training affect the financial decision-making and savings of transnational households given that migrants and their wives may not have full information about each other's saving and spending practices?

In 2010, Qatar's population had the highest proportion of foreign-born residents in the world, with many coming from South and East Asia. Migration into Qatar and other oil and gas producing countries increased dramatically in the 1970s, when rising oil prices fueled a large construction boom. This required a large pool of unskilled and semi-skilled labor, which the national labor force was unable to provide. Migration to Qatar is typically temporary and migrants are expected to return to their home countries after completing work contracts, which usually last one to two years. Only migrant workers earning more than about US$26,000 a year are allowed to bring their dependents with them, so most migrants' families remain in their home countries. Remittances that migrants in Qatar send to their home countries (estimated at US$8.43 billion in 2011) are often the sole means of supporting their families. The migrant workers who participated in this study had spent an average of 12 years working overseas and earned an average income of about 314,000 Indian rupees (US$6,175) per year. They sent an average of about 134,000 rupees (US$2,640) home to their wives in India, 87 percent of whom were homemakers. 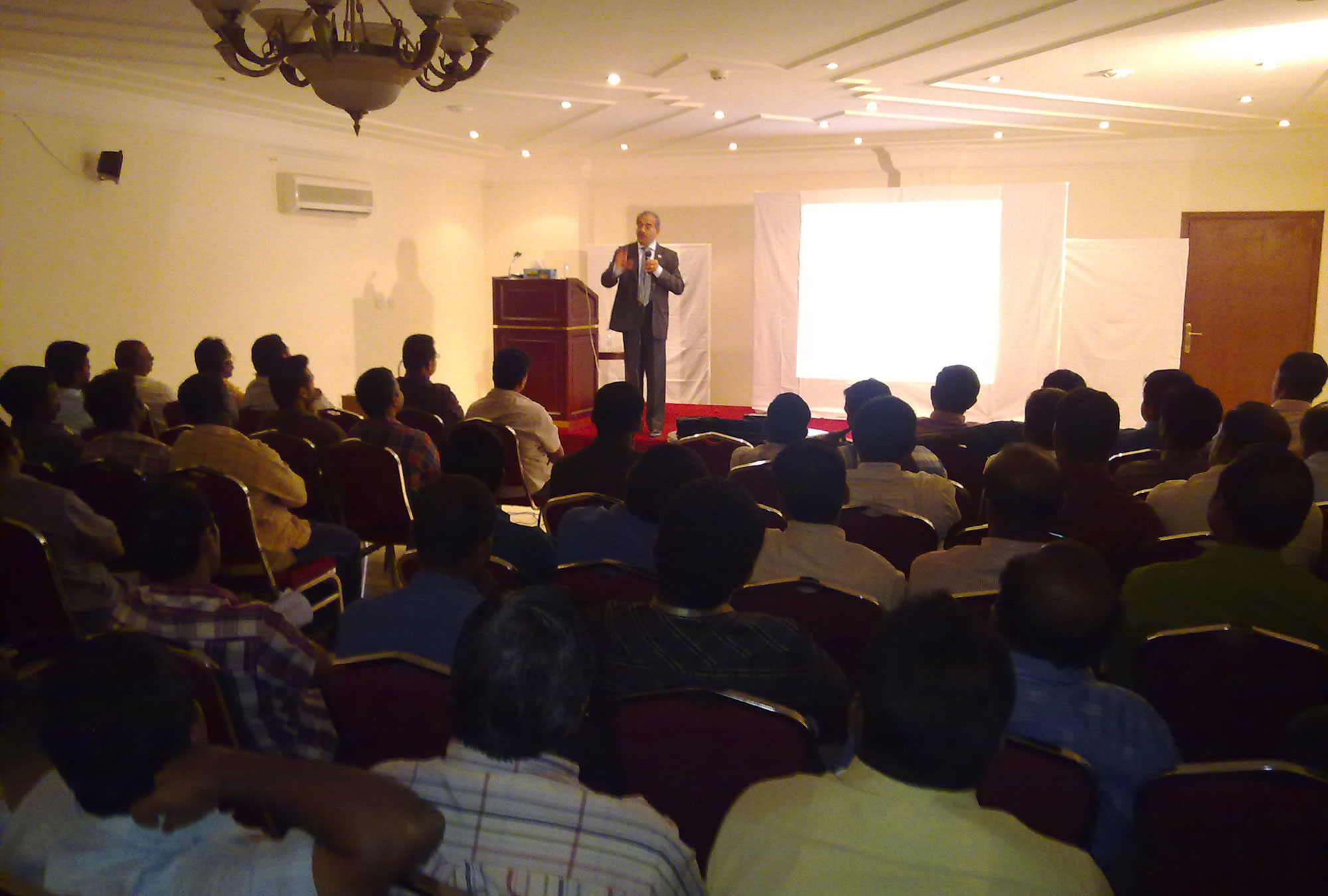 Researchers examined the impact of receiving an invitation to a savings-focused financial literacy workshop on the financial decisions of Indian migrant workers in Qatar and their wives in India. Researchers included 232 married couples in the study sample. A randomly selected 157 of the couples received an invitation to attend a financial literacy workshop, while the remaining 75 couples served as the comparison group.

Pravasi Bandhu Welfare Trust, a UAE-based organization that provides financial education to migrants from Kerala, provided the one-time financial literacy workshop in Doha in November 2010. The workshop emphasized the importance of having a savings plan in place that would allow migrants and their families to maintain higher living standards after the migrants returned home to India. It covered topics such as creating and following a budget for both migrants and their families in India, making financial planning a joint family exercise, and setting aside money from remittances to save regularly. The workshop lasted three hours, followed by a two hour dinner for all participants. Apart from the dinner provided, there was no other compensation for attendance.

The baseline survey was conducted before the workshop, from August to early November 2010, and the follow-up survey took place over a year later. Both survey rounds collected data on financial behaviors, savings goals, financial outcomes, and remittances from both migrant workers in Doha and their wives in Kerala. Researchers also conducted an exercise with migrants and their wives that required them to make budget allocation and savings choices with potential lottery winnings.

While the migrants who received an invitation to the financial literacy workshop saw no improvements in self-reported financial practices, the workshop affected self-reported financial practices of the migrants' wives. Moreover, migrants were 13.2 percentage points more likely to make decisions on money together with wives, a large increase compared to the comparison group mean of 27.3 percent. The differences between the self-reported behavior of migrants and their wives suggest that financial education programs should confront the challenge that spouses do not have complete information about each other's savings, perhaps by providing them with mechanisms for monitoring each other like joint savings accounts.

The financial literacy workshop had no overall effect on the financial outcomes of interest (savings and remittances), yet certain groups within the sample did save more and send more money to their wives. The financial literacy workshop significantly increased savings and remittances sent by migrant workers with initially low levels of saving, but it did not impact the savings and remittances of migrants with initially high savings levels. Among migrants who had low saving levels before the workshop, the workshop increased total household savings by 144,000 rupees, from a base of 409,000 rupees (35 percent). Remittances sent to wives in India increased most for migrants who were sole financial decision-makers and also for those who had low levels of saving and high incomes. Migrants who were already saving at a high level before the workshop did not increase their savings or remittances. This suggests that offering different, targeted financial literacy programs migrants with different savings levels may be more effective than a single undifferentiated workshop.