Last updated:
Government audits have often increased political accountability, reduced misuse of public resources, and improved compliance with laws and regulations. In lower- and middle-income countries, audits have been more effective when the government had a stronger enforcement capacity, when audit results were widely publicized, or when the audit system incentivized the auditors and those being audited to be honest and truthful. 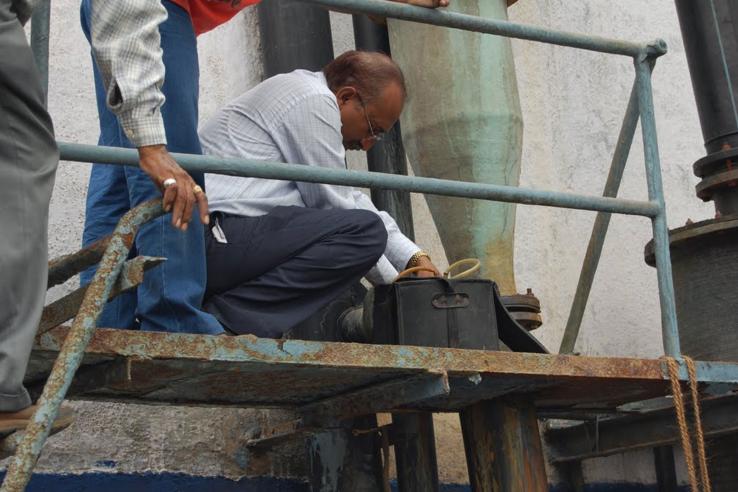 Citizens can lose trust in their government when elected officials and bureaucrats are not held accountable for their wrongdoing. Audits are independent investigations that seek to uncover misconduct, such as fraud, negligence, or noncompliance with laws and regulations. Governments can use audits to uncover wrongdoing by the government itself, taxpayers, or firms. To function properly, government audits need to be able to identify corrupt behaviors and allow citizens and the justice system to appropriately reward or punish whoever was responsible for the wrongdoing.

A review of 20 randomized evaluations and a quasi-experimental evaluation, predominantly in lower- and middle-income countries, shows that audits tend to be an effective policy to increase political accountability, reduce misuse of public resources , and improve compliance with laws and regulations. Audits have been more effective when the institutions in charge of enforcing punishments were credible, when media and election cycles amplified audit results, and when the audit design incentivized the auditors and those being audited to be honest and truthful. Despite the resources required to conduct them, audits were cost-effective when measured.

Government audits of public entities aimed at uncovering the misuse of public resources have made officials more accountable to voters and reduced corruption in many cases.

In Brazil, voters rewarded or sanctioned politicians when they learned through audit findings which candidates had engaged in corruption. When local officials were up for reelection, voters who received audit results beforehand voted less for officials who had committed more corrupt acts. Audits helped to reduce corruption when voters could hold politicians accountable for wrongdoings. [1] In Indonesia, drastically increasing the likelihood that road projects would be audited reduced unaccounted spending on those projects. [2] Similarly, in a quasi-experimental study in Puerto Rico, audit reports released just prior to an election reduced corruption by municipal employees in the short run. [3]

Audits also contributed to reducing corruption by increasing the legal risk of punishment. In Brazil, municipalities that were audited during an anti-corruption crackdown were more likely to receive harsher fines or punishment. Given the heightened risk of such legal costs, these municipalities significantly reduced corruption. [4] In another study in Brazil, even temporarily increasing the chance that government officials would get audited reduced the extent of corruption in public procurements. [5]

The same audit-driven anti-corruption crackdown in Brazil increased firms’ creation and economic activity by reducing corruption levels. These gains were stronger for the firms and sectors that relied more on government contracts and were subject to higher corruption demands by local officials. [6]

Citizens and firms are more likely to comply with their tax obligations when they face a risk of being audited.

In high-income countries, audits have been shown to improve tax compliance. In Denmark, [7] the United Kingdom, [8] and the United States, [9] tax audits led to lasting improvements in tax reporting, in large part because people were reporting a more honest (and higher) taxable income.

In low- and middle-income countries, the threat of audits has often been the most effective communication strategy to improve tax compliance. [10] Through official communication with taxpayers, tax authorities can stress the risk of fraud detection or the severity of the penalties. In Ethiopia, tax authorities sent firms two types of letters: one describing the threat of audits and potential penalties for tax evasion and another appealing to their patriotism and honesty. Firms paid more taxes when they received the letter emphasizing the audit threat compared to the alternative letter. [11] Similarly, in Argentina [12], Chile [13], Guatemala [14], and Venezuela [15], emphasizing audit threats was more effective at improving tax compliance than messages that stressed the moral value of paying taxes. In Rwanda, communicating audit risk only raised tax revenues among smaller taxpayers. [16]

Audits have made firms more likely to comply with government regulations.

Governments can directly or indirectly enforce audits on firms to improve their compliance with regulations. In India, an improved third-party audit system to enforce pollution limits increased the accuracy of the audits, and industrial plants complied more with the pollution regulations, leading the factories to pollute less. [17] In Chile, government-led unpredictable enforcement audits on fish vendors reduced illegal sales of critically endangered hake fish. [18]

Audits are more effective when the government has the capacity to enforce related penalties.

In Brazil, audits were effective at reducing corruption in local public procurements, where the authorities could identify who was acting corruptly and enforce punishments. In contrast, audits were not effective at improving the quality of health care services, since authorities could not clearly identify and punish the responsible officials. [5] In another study in Brazil, audits were more effective at reducing corruption in municipalities where a legal court had jurisdiction. [19] Audits were less effective where governments had a weaker capacity to enforce legal actions, such as in police investigations or mayoral convictions. [4]

Broadly publicizing the results of audits in a timely manner can amplify their impact.

In Brazil [1] and Mexico [20], audits were more effective when information about corrupt practices was publicized through local radio stations. In a follow-up study in Brazil, municipalities that were not audited, but neighbored audited municipalities, experienced lower levels of corruption when they had access to local media, such as radio or television, to learn about their neighbors’ audits. [4] Broadcasting audit results through independent media can magnify their impact on holding elected officials accountable. For example, in a quasi-experimental study in Puerto Rico, audit results released in the period leading up to a municipal election were better at curbing corruption than reports released after the election. This finding suggests that taking electoral cycles when releasing audits results into consideration can improve their potential to expose and reduce corruption. [3]

Effective audits incentivized the auditors and those being audited to be honest and truthful. Promising findings show that ensuring the independence of auditors, incentivizing them, and using third-party reporting could strengthen the audit process.

In an effort to limit the ability of prosecutors to punish them based on audit findings, industrial plants in India frequently falsified the information provided by the third-party pollution auditors they hired and paid. Introducing a new audit system where third-party auditors were independent from the audited plants improved the accuracy of audits to report the true level of industrial pollution. [17]

In Pakistan, introducing a performance pay incentive scheme for tax inspectors and their staff (where they earned a share of the new revenue they collect) increased the growth of property tax collection by 46 percent after two years by both increasing the number of taxed properties and reassessing properties to higher values. However, incentivizing the auditors also raised the amount of bribes they collected by enhancing their bargaining power. [21]

Because input costs are deductible from the value-added tax (VAT), this type of tax creates an effective incentive for client firms to ask suppliers for a receipt, generating a paper trail on the sale. In Chile, verifiable third-party information from the VAT paper trail reduced firms’ tax evasion and increased tax revenues. Announcing an audit through letters therefore created positive spillovers: suppliers of the audited firms increased their declared amount of VAT. [13]

Audits have been cost-effective when measured.

In the United Kingdom, random tax audits came close to bringing in more revenue than what they cost, while targeted audits had a return of six times their costs. [8] In India, the improved pollution auditing system generated estimated benefits of US$7,300 per plant compared to a cost of around US$1,300 per plant. [17] In Indonesia, mandatory audits on road construction projects were cost-effective even when the auditing bureaucracy itself had a reputation for corruption. With a unit cost of US$500, each audit improved roads by an average of US$1,165, and even after factoring in all costs and transfers, villages were US$245 better off per average audit. [2]

Castro, Lucio, and Carlos Scartascini. 2015. “Tax Compliance and Enforcement in the Pampas Evidence from a Field Experiment.” Journal of Economic Behavior and Organization 116 (August): 65–82. Research Paper

Mascagni, Giulia, Christopher Nell, and Nara Monkam. 2020. “One Size Does Not Fit All: A Field Experiment on the Drivers of Tax Compliance and Delivery Methods in Rwanda.” Economic Development and Cultural Change (forthcoming). Research Paper