Low- and middle-income countries collect far less tax revenue as a share of GDP than higher income countries. Performance pay has the potential to incentivize tax staff to raise collections by giving them a share of the new revenue they produce. Researchers conducted a two-year randomized evaluation of incentive schemes for tax officials in Punjab, Pakistan that found performance pay significantly increased tax revenues without harming taxpayer satisfaction.

Low- and middle-income countries collect far less tax revenue as a share of GDP than higher income countries. In many low- and middle-income countries, tax officials have discretion in assessing, enforcing, and auditing taxes. In addition, they earn relatively low wages with few rewards for good performance, potentially leading some to collude with taxpayers to increase their private earnings at the expense of overall tax receipts. In the case of property taxes, officials may accept payments in exchange for leaving properties off the tax rolls, granting inappropriate exemptions, or assessing properties at a lower rate, all of which lead to lower revenues for the state.

In the past, governments ranging from the Roman Empire to the nineteenth century United States have sold rights to collect taxes to “tax farmers” who kept a portion of the revenue they collected. These schemes aimed to reduce collusion and increase receipts by aligning the state’s and officials’ interests but were generally unpopular with taxpayers. While most countries have salaried tax officials who receive no incentive pay, in recent years, countries such as Brazil, Pakistan, and Peru have begun to consider using incentives for tax officials to improve compliance and raise revenues.

Performance pay has the potential to incentivize tax staff to raise collections by giving them a share of the new revenue they produce. However, this might also lower taxpayers’ morale and increase extortion or side payments as tax collectors put more pressure on taxpayers.

To test the effects of performance pay on tax revenues and taxpayer satisfaction, researchers conducted a two-year randomized evaluation of incentive schemes for tax officials in Punjab, Pakistan.

Property tax collection in Punjab, Pakistan’s most populous province, is around a fifth of the level of comparable countries due to a narrow tax base, widespread tax evasion, rent-seeking among tax collectors, distrust in public institutions, and weak administration.

Punjab collects taxes by “circles,” geographic units with a few thousand properties each. In each circle, a team of three tax officials determines each property’s tax liability and sends an annual tax bill to the owner. As in other developing economies, tax officials in Punjab earn modest salaries determined by salary bracket and length of service—wages are not tied to performance.

Tax rates depend on location and usage; the level of facilities and infrastructure in the area; residential, commercial, or industrial status; and whether the property is rented or owneroccupied. Tax collectors can easily reclassify properties within these categories, with substantial effects on the tax rate. For example, owner-occupied properties are taxed at a tenth the rate of rented units. In this system, officials may accept side payments in exchange for lowering owners’ tax burdens by incorrectly assessing properties. 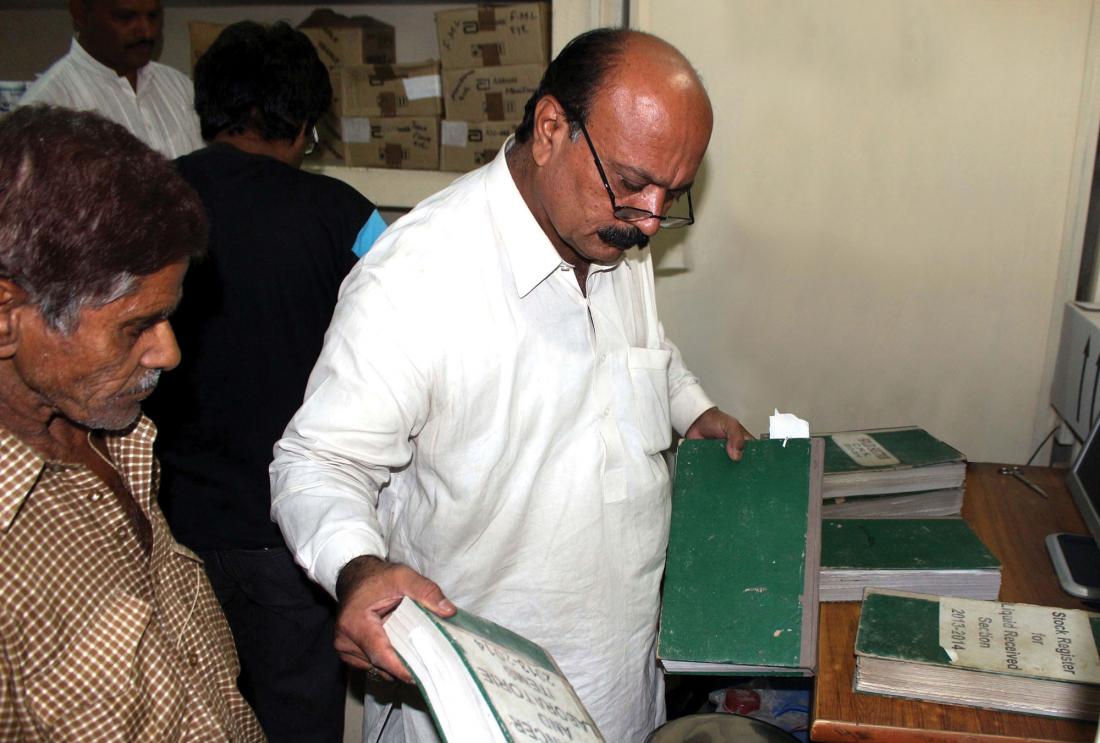 In collaboration with the Punjab Department of Excise and Taxation, researchers used public lotteries to assign 482 tax circles to one of three performance pay incentive schemes or a comparison group (see Table 1). Each intervention offered large incentives—the three members of a circle’s tax team were offered a total of 30 percent of tax revenues collected above a historically determined benchmark, enough for some officials to more than double their pay. The performance pay schemes varied in the share of the bonus determined by revenue alone versus additional criteria.

Researchers used administrative tax records, combined with spot checks, to measure tax revenues. Additionally, they surveyed over 16,000 individuals to measure taxpayer satisfaction and record property characteristics. This allowed researchers to evaluate the accuracy of tax assessments by calculating a property’s true tax liability and matching it to the tax rolls.

*In the second year, a subset of the comparison group received information on collection benchmarks and progress, but no monetary incentives.

Schemes that rewarded officials directly for taxes collected had larger impacts on revenue than those which included subjective measures of performance such as taxpayer satisfaction or supervisor discretion. Revenue circles, on average, had 62 percent higher growth rates than comparison circles. The flexible bonus intervention performed worse than the other schemes in terms of both revenue collected and taxpayer satisfaction.

On average, none of the interventions significantly impacted taxpayers’ satisfaction or their perceptions of the quality of the tax department. Researchers found no differences between intervention and comparison groups despite worries that performance pay could decrease taxpayer satisfaction through greater pressure from tax officials.

The vast majority of increases in revenue came from an expansion in the tax base, by both increasing the number of taxed properties and reassessing properties to higher values. Officials in intervention circles added or reassessed 83 more properties than those in comparison circles, an 86 percent increase from an average of 96.7 properties in comparison circles. Site visits suggested that tax inspectors were aware of the location and tax status of newly added properties before the intervention: two-thirds of these properties were within 500 meters of a property which reported having been visited by the collector, and a third were more than five years old. It is likely that performance incentives led tax officials to strategically add these properties to the rolls.

The average property continued to pay lower taxes, but the quantity and frequency of side payments increased.vTaxpayers in intervention circles reported the going rate of side payments to be PKR 594 (US$6) higher than taxpayers in comparison areas, a 32 percent increase from an average of PKR 1875 (US$19) in the comparison group. This suggests that performance pay may have allowed tax officials to re-negotiate for higher collusive payments from most properties while collecting more revenue from the small number of reassessed properties. However, this did not change average perceptions of the tax department, and owners of reassessed properties were if anything more satisfied with the tax department on average.

Performance pay schemes may be a financially and politically feasible way to help governments raise revenues. Performance pay schemes can help incentivize officials to raise revenues without negative impacts on taxpayer satisfaction. In Punjab, incentive pay yielded returns on investment of 15–30 percent on average. The best performing scheme, with incentives based only on revenue, produced returns of 35–51 percent.

Introducing performance incentives, even for short periods of time, may help governments expand their tax base. Collectors often know the true taxable value of properties within their areas, and performance incentives could encourage them to use that information to increase government revenue rather than extract side payments. This could be particularly useful during efforts to revalue properties or similar reforms.

Performance pay works best when the bonuses are clear, predictable, and based on objective criteria. Adding multiple dimensions— such as supervisor discretion or taxpayer satisfaction—lowered the impact on revenue without a substantial increase in satisfaction. Officials may exert less effort when they are concerned about the credibility of the offer of a bonus or how supervisors will apply subjective performance measures.

In cases where collusion is possible, performance pay can lead to undesirable outcomes by enhancing the officials’ bargaining power to extract side payments. In such cases one needs complementary efforts that raise the costs of collusion and increase the perceived returns to paying taxes. Providing a revenue incentive alone was the most cost-effective approach to raising tax revenues. However, in order to both increase revenues and reduce corruption, incentives may be more effective when paired with measures that can raise the cost of collusion through audit and data verification efforts as well as initiative that increase the willingness to pay taxes by more credibly linking tax payments to benefits such as improved provision of local public goods and services.