The Role of the VAT for Tax Enforcement

The Value Added Tax (VAT) system, which generates a paper trail on transactions between firms, facilitated tax enforcement by spreading the impact of enforcement measures up the production chain in a study with over 400,000 firms in Chile.

Governments rely on tax revenues to fund investments in public goods and infrastructure, such as healthcare, education, and roads. Yet tax collection and enforcement can be difficult when governments lack information on transactions that take place. The large levels of tax evasion observed in many developing countries can lead to large distortions in the economy. Which tax system governments choose to implement can have implications for administration and evasion.

The Value Added Tax (VAT) has long been thought to have a self-enforcing property by providing downstream client firms with an incentive to ask suppliers for a receipt. This creates an auditable paper trail along the production chain. VAT adoption has increased from 47 countries in 1990 to 166 in 2016, due in part to claims that the VAT facilitates tax enforcement. Yet rigorous evidence on the effectiveness of such a paper trail is scarce. In many countries, including Chile, firms often do not report information about their suppliers to the tax authority. Furthermore, the paper trail only exists for transactions between firms, and not for transactions between firms and consumers, because the final consumers of a finished product or service do not have the same incentive to request receipts.

Chile has a single 19 percent VAT rate. The VAT accounts for about half of tax revenue in Chile and estimated VAT evasion has ranged between 12 and 27 percent in the period preceding the study. 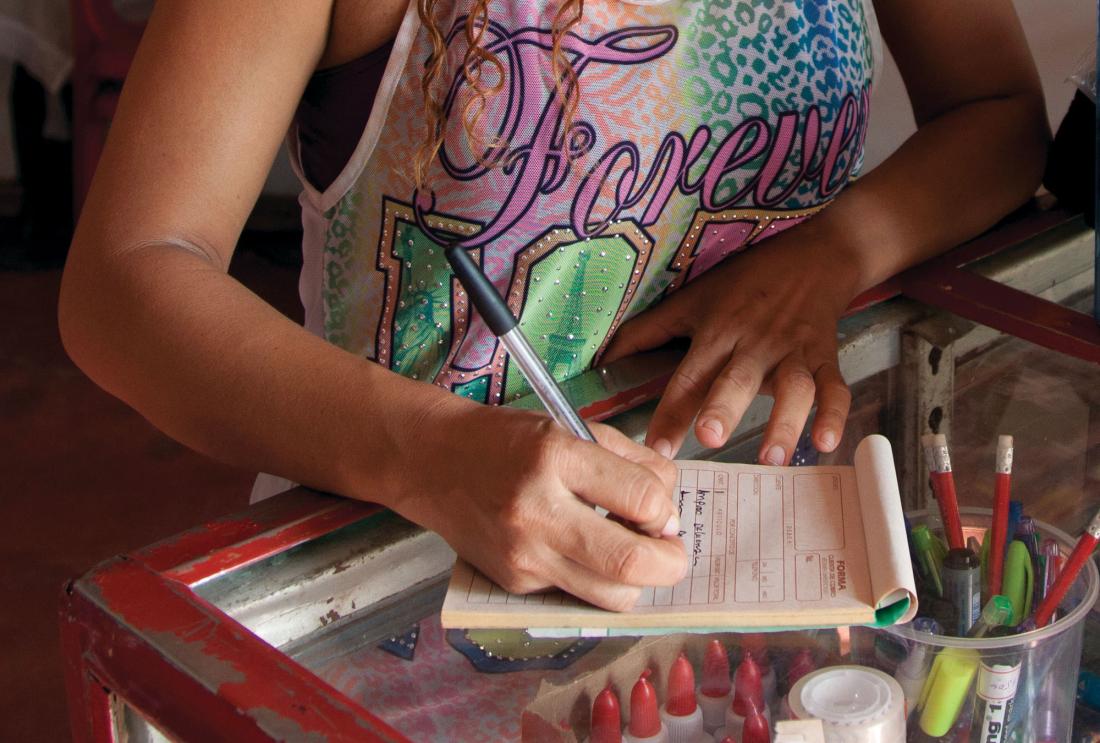 A shopkeeper fills out a receipt (Paul Smith)

Working in partnership with the Chilean Tax Authority, researcher Dina Pomeranz (Harvard Business School and University of Zurich) conducted a randomized evaluation to study whether the paper trail generated by the VAT system facilitated tax enforcement in Chile.

To evaluate whether the VAT paper trail reduced tax evasion, the tax authority sent one of three types of letters to randomly selected firms: a “Deterrence Letter” that notified firms they were being monitored and could be audited (102,031 firms); a “Tax Morale Letter” that emphasized Chile’s high tax compliance rate (18,579 firms); and a “Placebo Letter” that simply informed firms about new features on the tax authority’s website (18,519 firms); a comparison group did not receive any letter (306,605 firms). Pomeranz compared the effects of the letters on transactions covered by the paper trail (transactions between firms) and transactions not covered by the paper trail (transactions with final consumers).

Pomeranz also tested whether increasing enforcement of one firm affected their trading partners’ tax behavior. The tax authority selected 5,600 small, predominantly agricultural firms suspected of tax evasion to be audited1 . Half of these firms were randomly selected to receive a preannouncement of the upcoming audit, while the other half did not receive any advance notice. About six months later, all firms were summoned for an audit2 . Audits collected information on firms’ trading partners in the three months preceding the mailing of the preannouncement letter. Pomeranz compared the declared VAT of trading partners of firms in the treatment group to trading partners of firms in the comparison group.

Evaluating a policy already implemented on a national level can be difficult as the policy itself cannot be randomized. By designing interventions that interacted with existing policies, Pomeranz and the Chilean Tax Authority were able to measure the effectiveness of the VAT.

Firms that received the deterrence letter increased their VAT payments, but this effect decreased over time. Firms that received a deterrence letter increased their median monthly VAT declarations by 1,326 pesos (US$2.65) on average, a 7.6 percent increase from 17,518 pesos (US$35.04) in the comparison group. In contrast, receiving a placebo letter had no significant impact on firms’ VAT payments. These results indicate that the content of the deterrence letter, and not simply receiving mail from the tax authority, increased firms’ tax payments.

These findings confirm that the deterrence letter effectively increased firms’ perceived audit probability and that firms had the scope to increase their tax payments in response to heightened deterrence. Researchers were then able to evaluate the impact of the paper trail by studying how the deterrence letter interacted with the VAT system.

The VAT paper trail successfully deterred tax evasion on firm-to-firm transactions. The deterrence letter did not change firms’ reported input costs, which were covered by the paper trail, but did increase their tax payments for sales, which were not always covered by the paper trail. The deterrence letter increased the probability of firms declaring more sales compared to the previous year by 1.17 points, from 55.39 in the comparison group, but had no significant impact on the probability of a firm declaring more input costs compared to the previous year.

Furthermore, when distinguishing between different types of sales, the deterrence letter had no effect on intermediary sales to other firms, which were covered by the paper trail, but significantly increased declarations of final sales to consumers, which were not covered by the paper trail. Smaller firms responded more to the deterrence letter compared to larger firms, but this effect was largely explained by their higher portion of sales to final consumers. Taken together, these results suggest that firms had been evading more taxes on final sales than on transactions with other firms before they faced the higher risk of being audited.

Monitoring a firm increased tax payments by its suppliers but not its customers. The audit announcement increased the probability of supplier firms declaring more VAT than in the previous year by 4.28 percentage points, from 52.07 percent in the comparison group. In contrast, the audit announcement did not have any significant effect on the VAT payments of downstream client firms. This suggests that firms expecting audits began demanding receipts from their suppliers as proof of their input costs. The demand for receipts created a paper trail documenting the sales of suppliers, forcing them to increase their VAT payments to avoid punishment for tax evasion. The fact that this spillover effect did not apply to downstream client firms helps rule out that the effect was merely the result of word-of-mouth.

Verifiable paper trails generated by a VAT system can be a powerful tool for tax enforcement. Governments face choices about which tax regime to implement, which can have implications for tax evasion and revenue generation. Forms of taxation such as the VAT, which leave a stronger paper trail and thereby generate more information for the tax authority, may provide an advantage over other forms of taxation, such as a retail sales tax.

Information must be combined with deterrence to achieve effective tax enforcement. The mere existence of the paper trail created by a VAT system does not incentivize firms to accurately declare tax liabilities if the risk of being audited is low. This study included firms with low tax compliance prior to announcing audits; heightening deterrence by preannouncing audits was necessary to trigger the effectiveness of the VAT paper trail and increase tax payments by supplier firms. 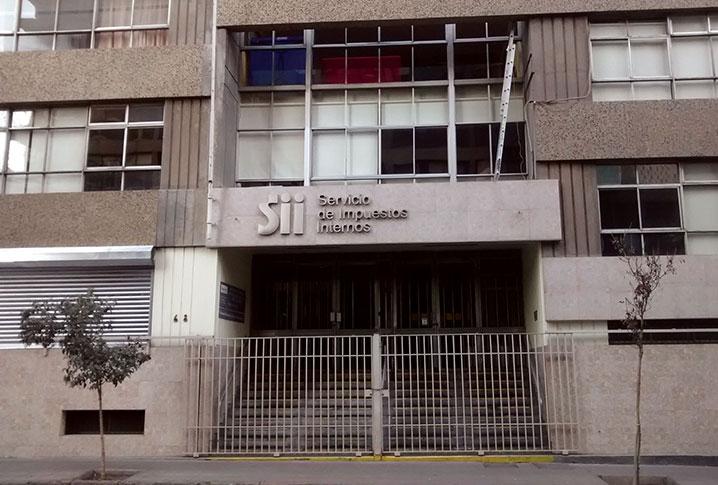 When choosing which firms to audit, a tax authority should not only consider the expected impact on the audited firm but also the potential spillover effects through a firm’s trading network. The VAT paper trail multiplies the effects of audits. Increasing the audit probability of one firm can trigger spillovers, leading to increased VAT payments by its supplier firms.

VAT may encourage firms along the entire production chain to formalize. Where VAT is present, formalized firms tend to trade with other formalized firms, since these firms can provide them with receipts that allow them to deduct their input costs from VAT payments, while informal firms tend to trade among themselves. Enforcing formalization at the final stage of production might contribute to formalizing entire production chains.

Forms of taxation that generate more information for the tax authority may have potential for improving tax collection. More research is needed to determine whether other mechanisms, such as online billing systems or electronic receipts, may have high returns.

1.
Firms were suspected of tax evasion if they had suspiciously high input costs compared to sales, indicated by a low sales to input ratio and a negative mean of declared VAT payments.
2.
Due to administrative delays in the delivery of the audit notices, followed by the consequences of a very large earthquake, only about 27 percent of firms in the sample were audited. However, firms in the treatment and comparison groups remained comparable and did not differ in their probability of being audited.

1 result(s)
Why a Tax the U.S. Hasn’t Embraced Has Found Favor in Much of the World