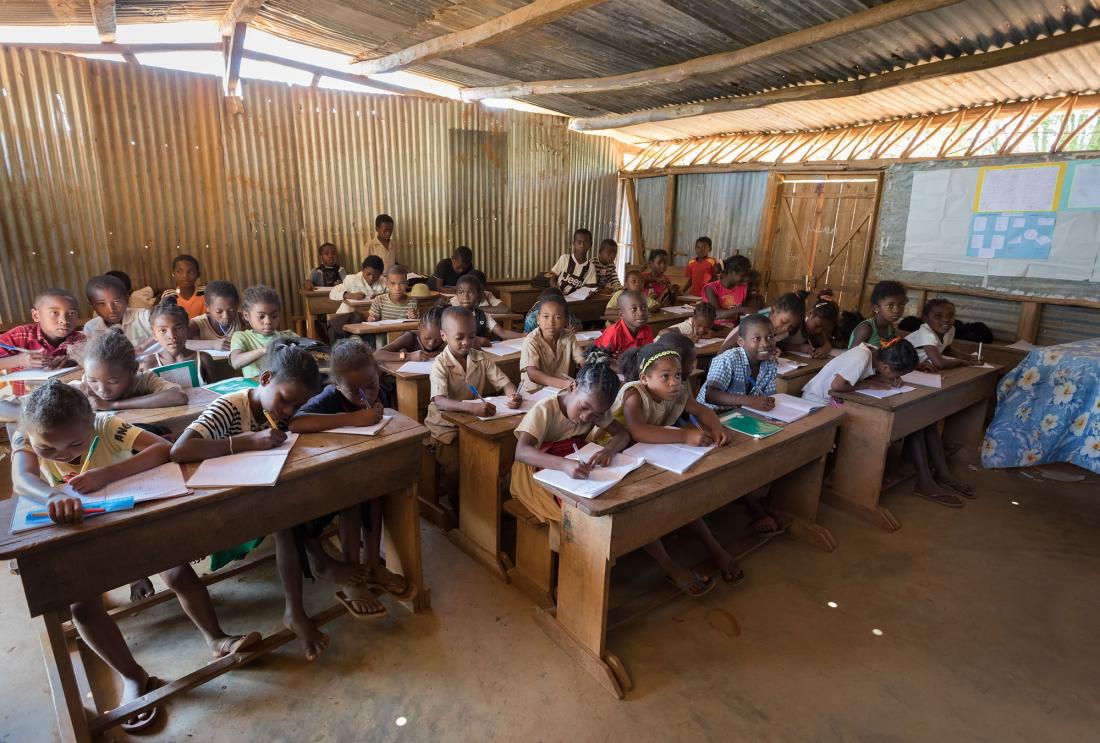 Researchers, in collaboration with the Ministry of Education in Madagascar, ran a randomized experiment in 3,774 primary schools in 30 public school districts. Photo: Artush | Shutterstock.com

Researchers, in collaboration with the Ministry of Education in Madagascar, ran a randomized experiment in 3,774 primary schools in 30 public school districts. These districts represented all geographic areas in the country, but were focused on schools with the higher rates of grade repetition.

All district administrators in treatment districts received operational tools and training that included forms for supervision visits to schools, and procurement sheets for school supplies and grants (district-level intervention). In some of these schools, the subdistrict head was also trained and provided with tools to supervise school visits, as well as information on the performance and resource level at each school (subdistrict-level intervention).

Lastly, several districts also introduced a school level intervention which involved parental monitoring through school meetings. Field workers distributed a ‘report card’ to schools, which included the previous year’s dropout rate, exam pass rate, and repetition rate. Two community meetings were then held, and the first meeting resulted in an action plan based on the report card. One example of the goals specified in the action plans was to increase the school exam pass rate by 5 percentage points by the end of the academic year. Common tasks specified for teachers included lesson planning and student evaluation every few weeks. The parent’s association was expected to monitor the student evaluation reports which the teachers were supposed to communicate to them. These tools allowed parents to coordinate on taking actions to monitor service quality and exercise social pressure on the teachers.

Glewwe, Paul, and Eugenie Maiga. 2011. "The Impacts of School Management Reforms in Madagascar: Do the Impacts Vary by Teacher Type?" Journal of Development Effectiveness 3(4): 435-89.