Violence and harassment in schools is a pervasive problem in many parts of the world. If left unresolved, it can have an adverse effect on students’ wellbeing, academic achievement, and labor market outcomes. Non-experimental research suggests that children that are victimized by their peers are more likely to suffer from depression and low self-esteem, complete fewer years of schooling, and earn lower wages as adults. Finding effective strategies to reduce school violence and promote a safe learning environment may lead to improved student outcomes.

A recent survey in France of over 12,000 elementary school children aged 8 to 12 revealed that 14 percent of children had been the victims of verbal aggression in school (such as teasing) and 10 percent had been subject to physical violence (such as shoving or hitting). Most of these students were not subject to systematic harassment, but the majority declared suffering from occasional physical and verbal harassment.1

In 2012, France Médiation, a network of organizations working with social mediation, launched the project Médiation Sociale en Milieu Scolaire (“Social Mediation in School”). Mediators were hired by the network’s members and trained by France Médiation. In total, they received 22 days of training on how to recognize situations of violence and harassment in school, mediate conflicts and train others to become mediators. They were between 20 and 59 years of age and had varying prior experience as mediators. 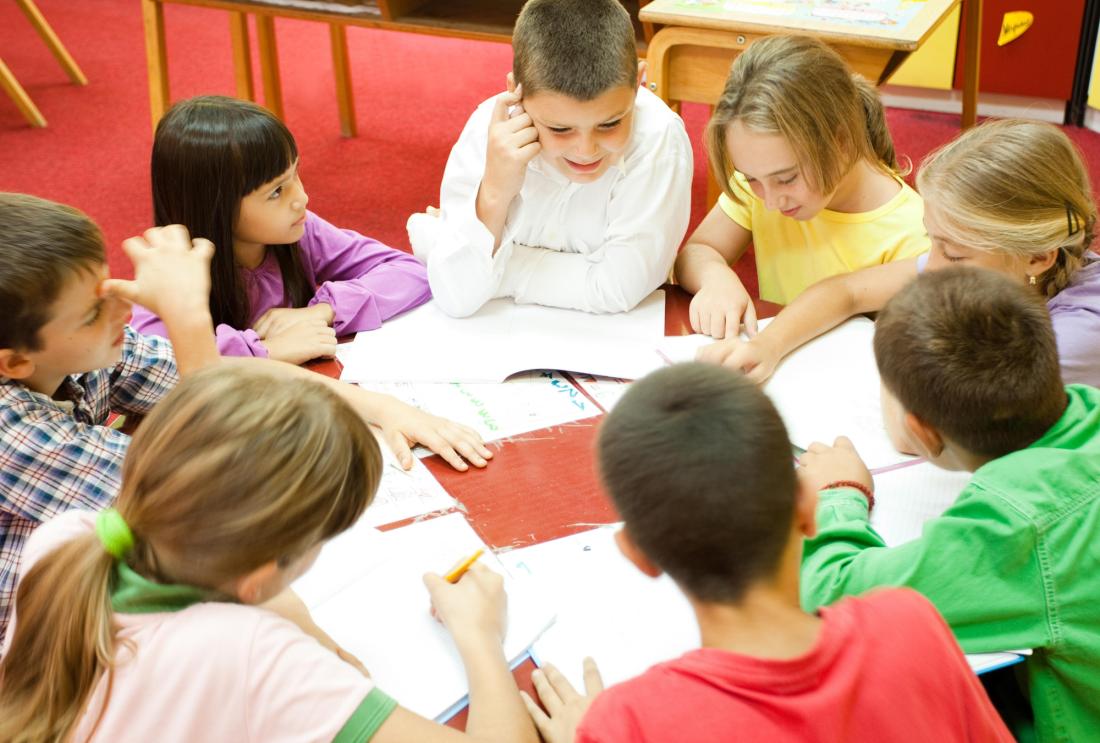 First, researchers randomly assigned half of the school sites to receive the program Médiation Sociale en Milieu Scolaire, a total of 115 primary schools and 40 middle schools. France Médiation provided a trained social mediator to help prevent and resolve conflicts between students, staff, and students’ parents. Social mediators worked with students and teachers to raise awareness about violence and harassment, helped them solve their conflicts, provided personalized counseling, and trained volunteer teachers and students to become mediators themselves. Mediators spent on average three days per week in middle schools throughout the school year (112 days in total) and half a day per week in primary schools (27 days in total).

Within the remaining school sites, researchers randomly assigned 40 primary schools to receive Prise de Conscience, implemented by Sciences-Po Paris. As part of this program, researchers conducted a survey to assess violence and harassment in school and presented the results to the school staff to encourage them to develop violence prevention and reduction initiatives.

The remaining 71 primary schools and 40 middle schools served as a comparison and received neither program.

Researchers collected administrative data on student performance and attendance, as well as survey data on self-declared violence, harassment, and psychological wellbeing. They also collected information on school staff’s and parents’ perceptions about violence in school.

Overall, neither program reduced violence or harassment levels. However, social mediation was effective when the mediator was experienced, and particularly so for students who initially faced higher levels of violence.

Impact on physical and verbal harassment: Mediation reduced violence and harassment when the mediator was experienced and for students who initially faced higher levels of violence. In middle schools with experienced mediators (aged over 25), the number of students who reported being verbally harassed decreased by 1.6 percentage points (14.5 percent) from an average of 11 percent in the comparison group. Experienced mediators were particularly effective for sixth-grade male students, who were the most exposed to violence and harassment prior to the program. These students witnessed a 6.4 percentage point (46 percent) reduction in harassment from a comparison average of 14 percent.

In primary school, experienced mediators reduced harassment amongst second-grade female students initially exposed to higher levels of violence. However, it had the opposite effect on fourth-grade female students, who were initially less exposed to violence and harassment. Researchers believe mediator support may have led some fourth-grade students to become more aware of violence and harassment, and thus more likely to identify those situations.

Teacher and student absenteeism: Social mediation reduced teacher and student absenteeism in middle school, but had no impact in primary school. Middle schools with social mediators were half as likely to have at least one teacher absent per day (22 percent of schools), compared to the comparison group’s average of 50 percent. When exposed to experienced mediators, sixth-grade boys were 4.9 percentage points (31 percent) less likely to skip class, compared to a comparison group average of 16 percent.

Overall, these results suggest that the profile of mediators and the amount of time spent in schools are key determinants of the effectiveness of social mediation.