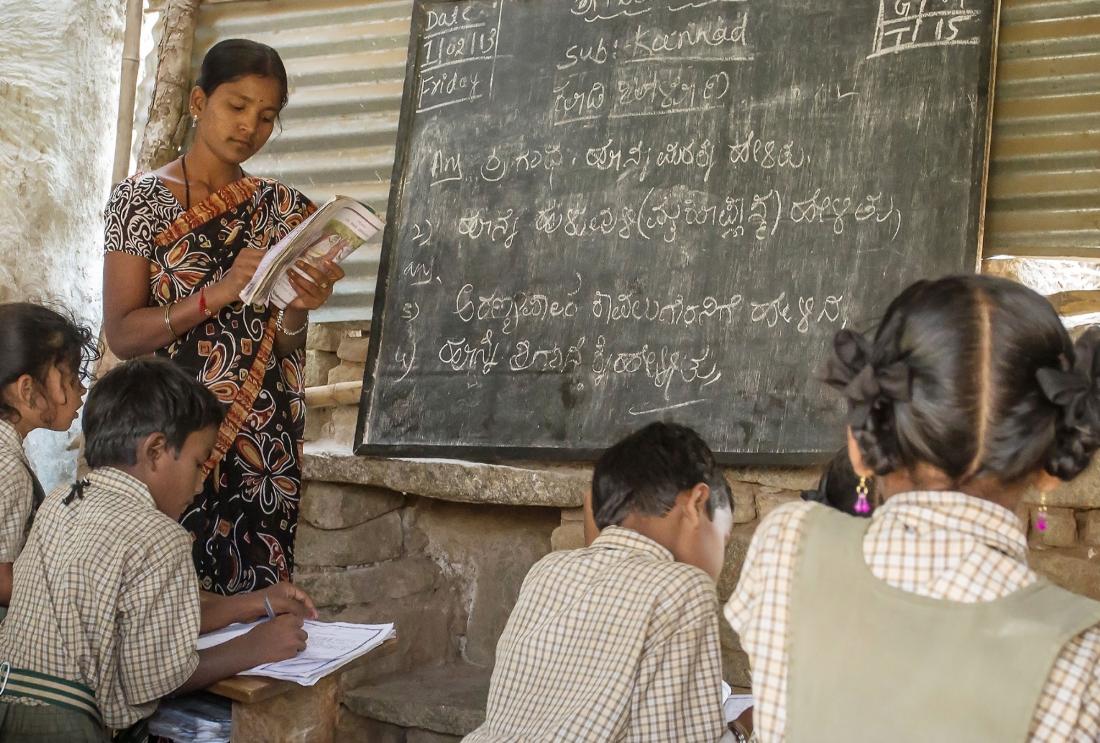 This evaluation contributes to the debate on the relative effectiveness of input-based versus incentive-based policies in improving the quality of schools by conducting a randomized evaluation of a teacher performance pay program implemented in the Indian state of Andhra Pradesh (AP). Two types of teacher performance pay (group bonuses based on school performance, and individual bonuses based on teacher performance) are studied, with the average bonus calibrated to be around 3 percent of a typical teacher’s annual salary. In a parallel initiative, two other sets of 100 randomly-chosen schools were provided with an extra contract teacher, and with a cash grants for school materials respectively.

The school year in AP starts in the middle of June, and the baseline tests were conducted in the 500 sampled schools during June and July of 2005. Researchers engaged the education testing firm Educational Initiatives (EI), to design the tests based on the syllabus. End of school-year assessments were conducted in all project schools. The results were provided to the schools in the beginning of the next school year, and all schools were informed that the program would continue for another year. Bonus checks based on first year performance were sent to qualifying teachers at the start of the next school year, following which the same process was repeated for a second year. The project was implemented in the field by the Azim Premji Foundation, with the full support of the Government of Andhra Pradesh.