Last updated:
GiveDirectly has expanded its cash transfer program, which was found in a randomized evaluation to have improved economic and psychological well-being in Kenya, to reach over 125,000 households in rural Kenya, Rwanda, and Uganda since 2013. 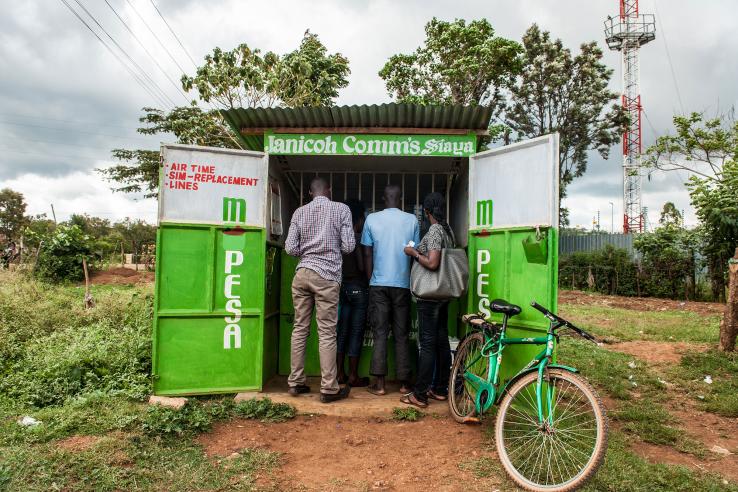 GiveDirectly sends cash directly to households living in extreme poverty, allowing recipients to decide for themselves what they need most. An early evaluation of its program in Kenya by Johannes Haushofer and Jeremy Shapiro, found that unconditional cash transfers increased household assets, consumption, psychological well-being, and food security nine months after the transfers. Three years after the transfers, positive impacts on assets but not on other outcomes, persisted. Based on this and a large body of evidence from over 150 studies, GiveDirectly has refined and expanded its cash transfer program to reach over half a million people globally. By aiming to deliver both choice and impact to participating households, GiveDirectly has influenced a global debate on effective charitable giving and universal basic income.

What happens when you give poor families cash, no strings attached?

In 2015, wealthy countries cumulatively spent over US$131 billion in development aid.1 Nearly all of this assistance is provided as in-kind contributions (such as food, fertilizers, or textbooks) or services (such as business training) that involve substantial administrative costs. However, the proliferation of cell phones and last-mile payments infrastructure (such as mobile banking) has made transferring cash directly to the poor fast, reliable, and inexpensive. As a result, a growing number of researchers, development practitioners, and donors are asking whether simply giving poor households cash can be more cost-effective than traditional aid.In recent decades, large government-run cash transfer programs for poor citizens have become increasingly common. More than thirty countries have implemented conditional cash transfer (CCT) programs, which provide households with cash on the condition that parents invest in the health, nutrition, or education of their children.2 CCTs have generally been successful in reducing poverty and improving education and health outcomes across a variety of contexts, but the program costs of targeting and monitoring eligible recipients are often substantial. Unconditional cash transfers (UCTs) remove these monitoring costs and allow poor households to decide for themselves how to allocate resources. Evidence from Morocco and Malawi has suggested that removing conditionality may reduce costs and also have positive impacts.

A randomized evaluation of GiveDirectly’s program in Kenya found that it increased consumption, assets, and food security among recipients and their families in the short-run.

GiveDirectly extended the body of research on cash transfers by conducting a randomized evaluation on an early version of its own unconditional cash transfer program in partnership with Innovations for Poverty Action (IPA). From 2011 to 2015, researchers Haushofer and Shapiro conducted a randomized evaluation in Rarieda, Kenya to measure the impact of UCTs on poor rural households’ economic and psychological well-being. While most previous evaluations of cash transfer programs were of small, regular payments, in this study, the researchers evaluated large, one-time transfers (averaging US$709, PPP-adjusted). Within villages receiving UCTs, researchers varied three design features: the gender of the recipient, timing of the payments, and size of the transfer.

Nine months after the transfers began, recipient households reported investing more. On average, household investment in assets such as livestock, furniture, and metal roofing for their homes increased by US$401 (an 81 percent increase on a base of US$495). Households also invested more in income-generating activities such as businesses and livestock, although neither revenues nor profits from these activities changed.

After both nine months and three years, the study found that receiving UCTs led to no increase in expenditures on temptation goods like alcohol or tobacco, consistent with evidence from a randomized evaluation in Liberia as well as a World Bank review of nineteen cash transfer studies, nearly all of which found either no impact or a negative impact on alcohol or tobacco spending.4

Rigorous evidence of program effectiveness helped mobilize resources to scale up the program in Kenya and Uganda.

GiveDirectly’s focus on efficiency, transparency, and ongoing generation and use of evidence from randomized evaluations has inspired commitments from donors, helping them expand their reach annually. GiveDirectly is featured as a top-rated charity by GiveWell, which recommends charities to donors based on rigorous evidence and cost-effectiveness.

Since 2013, GiveDirectly has enrolled over 125,000 households in cash transfer programs, reaching over half a million people when accounting for average household size. On a larger scale, the organization has also influenced a global conversation about how to best give charitably. Many facets of its standard operations are part of at least one randomized evaluation to further inform the organization’s programming and expansion.

For example, one ongoing evaluation, led by J-PAL affiliates Edward Miguel (University of California, Berkeley) and Paul Niehaus (University of California, San Diego), along with Johannes Haushofer and Michael Walker, is studying the macroeconomic and long-term impacts of GiveDirectly’s unconditional cash transfers. Another ongoing evaluation, led by J-PAL affiliates Sendhil Mullainathan (Harvard University) and Niehaus, along with Anandi Mani, is measuring the impact of different cash transfer designs, including giving recipients control over timing and giving them information on the performance of investments made by past recipients. Furthermore, in rural Kenya, the organization is currently partnering with J-PAL affiliates Abhijit Banerjee (MIT), Niehaus, and Tavneet Suri (MIT), along with Michael Faye and Alan Krueger, to launch the first randomized evaluation of basic income—an unconditional cash transfer to all adults across a large sample of villages that is sized to cover basic needs for a twelve or two year period.

In 2018, the results from a first-of-its-kind study that directly compared the impacts of traditional in-kind programming with a roughly equivalent amount of cash, implemented by GiveDirectly in partnership with USAID and Innovations for Poverty Action, were publicly released. GiveDirectly will be working with USAID on five additional cash benchmarking evaluations in Africa over the next two years.