Last updated:
Interventions that strengthen the delivery of vaccines and those that increase demand for vaccination are imperative to increasing child immunization coverage. Improved delivery can be achieved by ensuring vaccines are reliably and locally available and strengthening health worker performance, while word-of-mouth and behavioral interventions can increase awareness of and demand for vaccination. 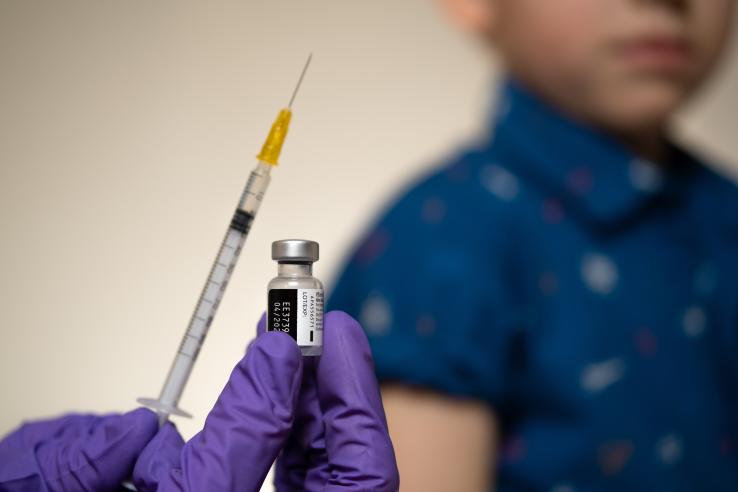 Immunization coverage has plateaued over the last decade,1 hovering at 81 percent of infants receiving three doses of the diphtheria-tetanus-pertussis (DTP3) vaccine in 2021.2 The Covid-19 pandemic fueled the largest backslide in vaccination coverage in three decades between 2019 and 2021.3 As vaccines are one of the most impactful and cost-effective public health strategies, improving immunization coverage is key. With about 20 percent of infants not having received three doses of the DTP3 vaccine4—let alone completed the full immunization schedule—it is critical to identify interventions that help all children obtain the full immunization sequence.5

A review of 14 randomized evaluations from nine low- and middle-income countries shows that strengthening the delivery of and generating demand for immunization each play a critical role in increasing vaccination coverage. Interventions to strengthen the health system by ensuring vaccines are reliably and locally available and that health workers perform well are paramount. However, even when vaccines are available at little to no cost, factors like limited or inaccurate information, lack of trust, low perceived immediate private benefits of immunization (particularly relative to the overall societal gains from herd immunity), and behavioral biases among caregivers may limit coverage of full vaccination for children. Well-designed information campaigns, nudges, and incentives have addressed these barriers and increased demand for immunizations.

Reliable, locally available services are a necessary precondition to improving vaccine coverage. Reducing physical distance to immunization services is an important first step, particularly in areas where vaccination is not locally available and travel costs are high. In rural Rajasthan, India, an NGO’s provision of monthly immunization camps at the village level tripled rates of full immunization, from 6 percent via the local primary health clinics to 18 percent via the camps. The immunization camps were regular and were accompanied by education from a social worker, whereas the public health system at the time was plagued with frequent health worker absenteeism. The average cost was $50.04 per fully immunized child.[2]

Community monitoring and performance-based incentives have improved health workers’ vaccine delivery performance in contexts where vaccination rates are low. In addition to locally available services, implementing interventions to improve health worker performance can be key. In Pakistan, smartphone-based monitoring alongside performance-based incentives (1,000 rupees, or approximately US$10 at the time of the study, for attempting 300 vaccinations across two days) increased the number of polio immunizations community health workers administered. Measuring health workers’ tendency to put off effort and then tailoring incentives to help them overcome this tendency was especially impactful.[1] In Uganda, a community monitoring program reduced absenteeism, the frequency of drug stockouts, and waiting times. Coverage of required vaccines increased by 1.86 percentage points among three- year-old children, and the monitoring program as a whole cost about $300 per death averted among children under the age of five years.[6] At the time, 66 percent of children in Uganda were fully vaccinated.6

However, interventions to increase provider effort were not sufficient in contexts where baseline immunization rates were higher. Another community monitoring program in Uganda had no impact on immunization once full immunization coverage across the country had improved to 85 percent.7 [13]

Additionally, interventions to increase provider effort alone have not been sufficient in contexts where the main barrier to the adoption of health services is household demand. In the Democratic Republic of Congo, paying health workers based on the number of patients seeking services such as immunization increased health workers’ attendance and efforts to attract patients. However, there was no impact on vaccination rates even though health workers sought to generate demand for services through reduced user fees and outreach. The combination of intense direct selling through preventive sessions and outreach activities, and reduced user fees, may have been interpreted as signals of lower quality health services.[9] This insight provides more details on the impact of pay-for-performance programs on health worker performance more generally.

Nudges have increased immunization rates by providing reminders that address behavioral biases such as forgetfulness. Nudges are light-touch interventions that can act as reminders to address behavioral issues such as forgetfulness and are most likely to be effective when people are not strongly opposed to vaccines. Across six studies testing the impact of reminders on vaccine completion[4] [7] [8] [10] [11] [14], five [7] [8] [10] [11] [14] found that such nudges increased vaccination timeliness, completion of the vaccination schedule, or both. In Pakistan, redesigning children’s immunization cards to be larger and simpler, with more emphasis on the child’s next scheduled vaccine, increased completion of DPT vaccinations from 39 to 66 percent. The intervention was also relatively low-cost, at $0.05 per immunization card.[14] However, in Haryana, India, personalized text and voice call reminders sent to caregivers when their child was due for an immunization had no impact, but they did have an impact in conjunction with involving local community members to verbally spread information about immunization.[4]

Incentives can increase demand and complement investments in service quality. Incentives both act as a nudge and increase the immediate perceived benefit of receiving a vaccine. Like nudges, small incentives are unlikely to overcome strong opposition to immunization but can be more effective for those who procrastinate, are ambivalent about being vaccinated, or are slightly hesitant to do so. They can also be relatively lost-cost; for instance, a program in Pakistan cost $23 per additional fully immunized child. This program also highlighted the importance of design considerations in providing incentives. Small mobile cash incentives varied in amount (caretakers received either $5 or $15 per fully immunized child), payment structure (the amount of the incentive stayed constant across all doses of the immunization schedule or increased), design (the incentives were either guaranteed or provided as lottery payments), and payment method (airtime or mobile money). Higher payments increased immunization rates more than lower payments did, and certainty in receiving the incentive was more effective than lottery payments. Additionally, providing airtime was more impactful than providing mobile money. However, there was no difference between providing payment at a constant, flat rate across doses and increasing the payments.[7]

Regular cash transfers conditioned on the take-up of immunization can be another example of using incentives to generate demand for immunization. Such transfers provide income support to households in exchange for the household undertaking prespecified behaviors. However, cash transfer programs conditioned on the take-up of vaccination have not consistently shown an impact on increasing vaccination rates and in some cases increased rates for some vaccines in the vaccination schedule and not others. [5][12] This insight provides more details on the impact of cash transfers on child health more generally. 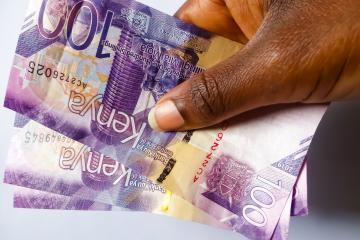 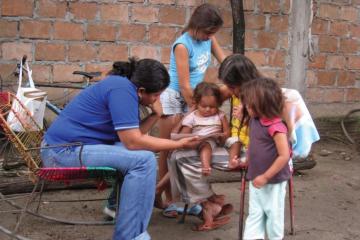 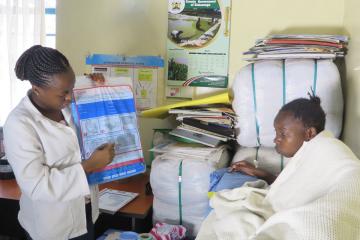