Reducing energy and water use through information and social comparisons

Last updated:
Providing people with information about their energy or water use compared to their neighbors and tips about how to conserve consistently reduced consumption by small amounts in many contexts. 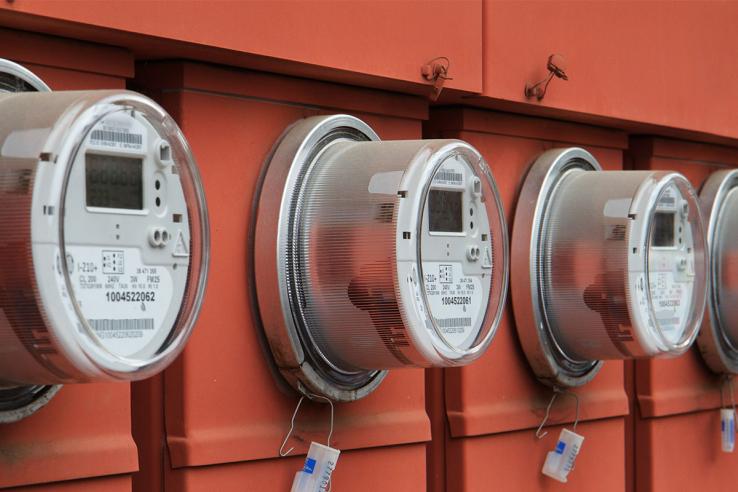 Residential energy use makes up a large portion of the carbon emissions from energy use in many countries—nearly one-fifth in the United States in 2016 [1].Recently there has been growing interest in low-cost behavioral interventions that aim to change consumption habits through education or persuasion. One such intervention, pioneered by Opower, involves sending people one-page reports that compare their home energy use to that of their neighbors and offer conservation tips.

Randomized evaluations across more than 115 sites in four countries consistently find that these kinds of reports can reduce both energy and water consumption by small amounts. The reports helped people learn about their own resource use, which is otherwise difficult to observe. They also appealed to social norms around conservation, which motivated some people to cut back—often those who consumed the most. At a cost to the utility of roughly US$1 per report, they can be a cost-effective way to encourage conservation, particularly in contexts with high energy consumption like the United States [2][3]. However, the small observed effect sizes imply that these kinds of reports will not be enough to achieve large-scale reductions in energy and water use. While effective, they are not substitutes for other smart climate change and water policies.

People in many contexts reduced their energy or water use after learning about their consumption compared to their neighbors. Across over 110 utilities and 8.6 million households in the United States [2][3][4][5][6], one utility in Germany [7], and one site in India [8], providing people with regular home energy reports reduced energy use. Similar reports on water consumption reduced water use in Costa Rica and the US states of California and Georgia [9][10][11]. These results are in line with the broader evidence base on the effectiveness of nudges—light-touch interventions that encourage specific behaviors without limiting an individual’s choices. The one study that could isolate the effects of social comparisons and conservation tips found that including social comparisons was much more effective than sending conservation tips alone [10].

While consistent, the impacts were small. Across more than 110 utilities in the United States, energy use fell by 1–3 percent over seven to 24 months as a result of receiving regular Opower home energy reports [2][4][6][8]. At one utility in Germany, electricity use declined by 0.7 percent over one year [7]. In one site in India, reports reduced electricity use by 7 percent over four months [8]. Water use reports reduced consumption between 3.7–5.6 percent in Costa Rica and the US states of California and Georgia over two–twelve months [9][10][11]. While effective, home reports alone will not be enough to substantially reduce carbon emissions or address water scarcity. For example, if the entire US population received home energy reports and their effects were lasting and the same at scale, they would achieve about 0.8–1.3 percent of the carbon emissions reductions the United States pledged at the Paris Climate Accord.*

In the United States, households continued to conserve even after the reports stopped. Across three US utilities, households that stopped receiving regular Opower reports after two years continued to save 2 percent more energy than the comparison group. The effect of the reports decayed by only 10–20 percent per year after they stopped [2]. Future studies should prioritize measuring the longer-term impact of home energy reports, as this is one of the only randomized evaluations to measure if their effects persist year after year or after people stop receiving them.

In the United States, the reports worked by changing people’s habits and investments in energy efficient technologies. In the short-term, the monthly reports acted as reminders to conserve. Across three utilities in the United States, households reduced energy use substantially for 1–2 weeks after they received a report and then resumed normal energy use, suggesting the short-term savings were primarily driven by changes in behavior such as adjusting thermostats, turning off lights, and unplugging electronics [2]. A study of OPower experiments across 21 US utilities that compared energy use before and after home sales (when OPower reports are discontinued) suggests that 35–55 percent of the fall in energy use stemmed from investments in energy efficient technologies [3].

It may be useful to target home energy reports to people who reduce consumption after receiving them and/or people who want to receive them. Five randomized evaluations found that households with higher relative use reduced consumption more as a result of home energy or water reports [4][8][9][10][12]. High users may be less likely to reduce consumption in response to price increases because they tend to be richer, suggesting that social comparisons can be an effective way to encourage conservation in this group. Home energy reports may also be more effective in places with higher use overall. For example, researchers who tested reports in Germany suggest the smaller effect size they found may reflect the fact that on average German households use less energy than US households [7]. There is also a risk that low energy users may increase consumption after learning they consume less than their peers, as researchers who tested an email intervention similar to home energy reports in Australia found [12].

One study in New York also measured how much people value home energy reports and found that more than one-third of participating households preferred not to receive them at all [13].Future studies should similarly prioritize accounting for all costs and benefits of home energy reports, including user costs, when evaluating them as a policy option. Utilities may also be able to save costs and make some customers happier overall if they only send reports to people that want and value them [13][14].