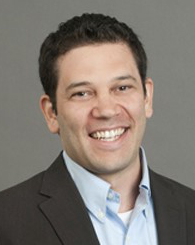 Judd Kessler is an Associate Professor of Business Economics and Public Policy at The Wharton School at the University of Pennsylvania. He investigates the economic and psychological forces that motivate individuals to contribute to public goods inside and outside the workplace, with applications including organ donation, worker effort, and charitable giving. He also investigates market design innovations, placing particular emphasis on bringing market design from theory to practice, with applications including course allocation and priority systems for organ allocation. Judd received a Ph.D. in Economics from Harvard University in 2011.

Towards the end of college, I began using experimental methods, which allow researchers to tackle important questions in a particularly well-identified way. By the time I graduated from undergrad, I was hooked on economics.

I became smitten by economics in high school when I was struck by how its relatively simple models could explain what seemed like complex phenomenon (e.g. why movie theater popcorn was so expensive, a pressing question for a cash-strapped high school student). In college, I was exposed to—and impressed by—the rigorous empirical methods that economists have in their toolbox, including econometric techniques that allowed researchers to generate causal inference from data that otherwise seemed intractable. Towards the end of college, I began using experimental methods, which allow researchers to tackle important questions in a particularly well-identified way. By the time I graduated from undergrad, I was hooked on economics. When I started conducting my own research, I gravitated towards topics like charitable giving and organ donation because I am fundamentally interested in what motivates people to privately provide public goods and to, more generally, privately take costly actions with positive externalities. To me, this is a particularly compelling question since it is simultaneously important for the functioning of society and is a question for which economics does not already have a clear answer.

I am currently working on a project (funded by J-PAL) in which we are evaluating the welfare implications of an intervention trying to encourage energy conservation. The idea is that learning that I am over-consuming energy (e.g. relative to my neighbors) might make me conserve more but simultaneously decrease my welfare if that information makes me feel guilty or otherwise bad about myself. Similarly, learning that I am under-consuming might increase my welfare by making me feel accomplished or otherwise good about myself, even if it does not affect my energy consumption. We're interested in measuring the magnitude of these effects and hoping to get other researchers thinking about the welfare implications of these types of behavioral interventions.

Researchers who study charitable giving often wonder about the extent to which there is crowd out in giving. In particular, we wonder whether an intervention that induces someone to donate more to a charity today will lead that person to donate less to the charity in the future, to donate less to other charities, or to be less generous in other domains (e.g. volunteering less or being less nice to their neighbors). We do our best to look for effects of interventions on these related outcomes, but it is incredibly difficult to observe the myriad opportunities an individual has to be generous, particularly in non-monetary ways.

My dream evaluation would be to induce extra giving to a charity through an RCT and follow those in the treatment and control groups to see what kinds of effects the induced extra donation to the charity has on their generosity in other domains—including everything from donations to other charities, to volunteering, to behavior in interpersonal relationships. We might see crowd out of the form described above (e.g. due to a fixed charitable budget or a moral license to be bad after having been generous). Alternatively, we might see crowd in where being induced to be generous in one setting makes people decide to be donate more to other charities and be more generous in other domains. This is an empirical question that teaches a lot about charitable behavior that I would love to be able to answer.