The Welfare Effects of Behavioral Energy Conservation in the United States

Nudge-style interventions are a popular low-cost policy tool to promote beneficial behaviors, like energy conservation, and the number of evaluations of these types of programs are growing. Decisions to scale nudges are often based on comparing implementation costs to the value of energy saved. This may not account for the full picture of costs and benefits of these programs and could potentially misinform policy prescriptions. In the United States, researchers evaluated the social welfare impacts of one very popular nudge to decrease energy consumption—Home Energy Reports (HERs). While they found that the HERs increased social welfare overall, these gains were far less than those reported by previous evaluations that did not account for many of the non-energy costs incurred by nudge recipients.

Nudges are a popular policy instrument used to encourage the adoption of beneficial behaviors, such as healthy eating, saving for retirement, or energy conservation. Nudges, like providing information or reminders, can encourage people to adopt these beneficial behaviors without changing prices or restricting their choices. One example of a popular nudge-style policy intervention is home energy reports (HERs), one-page letters that compare a household’s energy use to that of its neighbors and provide energy conservation tips.

Decisions to scale nudge interventions, like HERs, are often based on comparing implementation costs to the value of energy saved. However, this approach may overlook other benefits and costs beyond energy savings experienced by nudge recipients. These may be costs associated with changing behavior, like financial costs of installing improved insulation or time costs of turning off lights or adjusting thermostats. The nudge itself could also impose positive or negative psychological effects, such as pride for reducing energy use or guilt for overconsuming. Not accounting for these types of costs when estimating the impact of programs, like HERs, could overstate their benefits. Does accounting for these additional costs change the estimated gains associated with a HER program?

The state of New York, where this evaluation took place, has an Energy Efficiency Portfolio Standard, which requires that utilities cause consumers to reduce energy demand by a specific amount each year. Utilities, like Central Hudson Gas and Electric with whom researchers partnered, set up a multi-year HER program for residential natural gas customers. To do so, Central Hudson Gas worked with Opower, a large software company that works with about 100 utility companies to regularly mail personalized HERs to about 15 million households across nine countries.

For this evaluation, Opower’s HER was a one-page letter (front and back) with two key modules, a Social Comparison Module and an Action Steps Module. The Social Comparison Module compared a household’s energy use to that of its 100 geographically nearest neighbors in similar house sizes whose energy use meters were read on approximately the same date. The Action Steps Module provided energy conservation tips, tailored to each household based on past usage patterns.

At the time of evaluation, Central Hudson Gas and Electric served 300,000 electric customers and 78,000 natural gas customers in eight New York counties. About 20,000 households had not been involved in one of Central Hudson’s previous HER programs and were eligible to participate in the evaluation. Customers that participated in this evaluation earned, on average, around US$94,400, were about 50 years old, and were more likely to live in a single-family home. 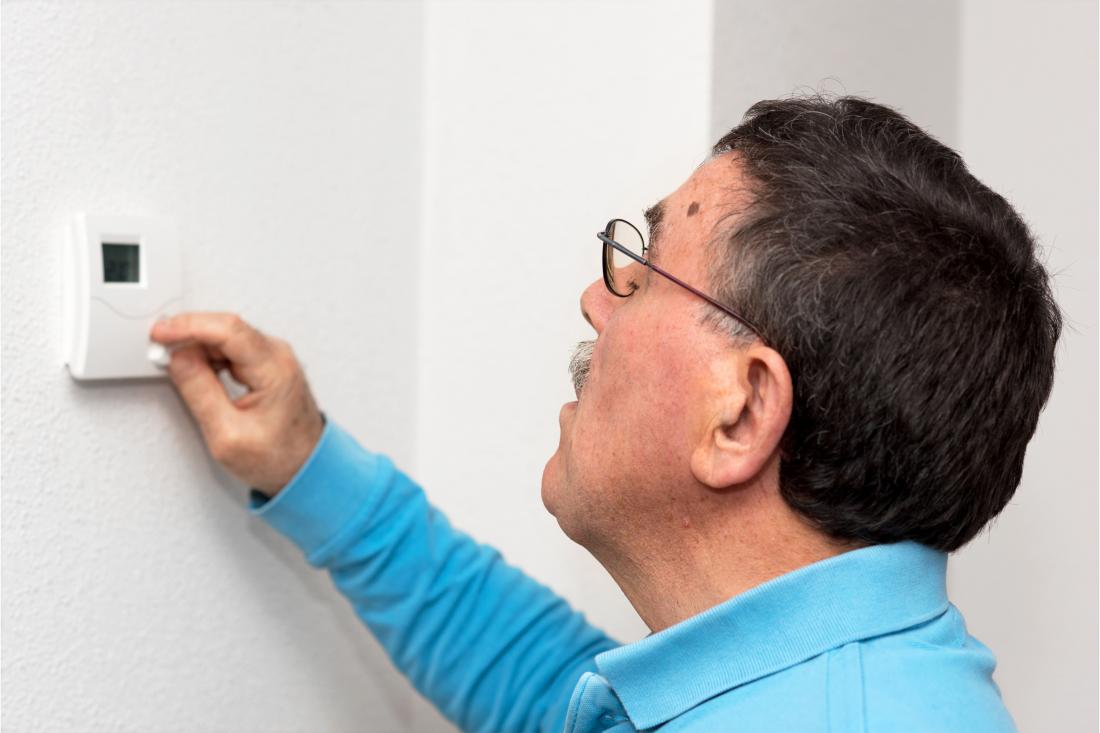 In partnership with Central Hudson Gas and Electric, researchers evaluated the welfare effects of HERs by capturing whether and how much recipients were willing to pay for the nudge. Opower randomly assigned 19,929 households to either receive the HER intervention or to serve as the comparison group and not receive any HERs.

About 9,960 households that received the intervention were sent up to four HERs comprised of updated energy use feedback and new conservation tips during the winter heating season between October 2014 through late April 2015. Central Hudson employees read each household’s natural gas meter every two months, and a HER was generated and mailed shortly after each read.  Households continued to receive HERs unless they contacted Central Hudson to opt out of the program.

At the end of 2014-2015 heating season, Opower included a one-page survey with the final HER. The survey had two features. To assess how much households were willing to pay for HERs, the survey asked recipients to trade-off another year of HERs with checks for different amounts of money. Depending on their responses, each household received a check from the utility and/or more HERs during the winter 2015-2016 heating season.  For instance, customers who preferred “four more Home Energy Reports plus a $9 check” instead of a “$10 check” (with no HERs) valued a second year of HERs at $1 or more. This indicated recipients were willing to pay at least $1 to get the HERs. Some households could also be willing to pay a negative amount, indicating that they would need to be paid money in order to receive a HER. This implied that they wanted to avoid the nudge, indicating the presence of potential financial, time or negative psychological costs imposed by the nudge.

Researchers collected data on the utility’s natural gas bill data, neighbor comparisons, customer demographic data, mail surveys and phone surveys. In May through August of 2015, researchers conducted follow-up via mail and phone surveys to better understand: 1) whether households that didn’t respond to the initial surveys were willing to pay systematically different amounts for HERs from households that did respond, and 2) to gather additional qualitative information on household beliefs about energy cost savings and HERs more generally.

Although HERs increased social welfare—as indicated by households being willing to pay for HERs—researchers found that HER recipients also incurred non-energy costs. When taking these costs into account, the estimated benefits in welfare decreased.

How benefits and costs beyond energy savings impacted how much households were willing to pay: Among the variations of HERs, the social comparison version—which reminded people that the HERs compare their energy use to that of their neighbors—was the only variation that affected whether and how much households were willing to pay. Households in this group were willing to pay on average US$0.69 less compared to the standard version. This may be because the social comparison version presented a psychological cost for consumers by scrutinizing their energy use and comparing it to social norms. This was especially true for heavier energy users who were more likely to report that HERs made them feel pressured or guilty and less likely to report feeling inspired or proud. Researchers suggested that because households were on average willing to pay something to receive a HER, HERs provided additional information and benefits as well.

Impact on welfare: When estimating welfare by accounting for all of these benefits and costs, such as energy savings, financial costs, time costs, and psychological costs, researchers found that HERs increased social welfare by US$0.77 per household. Although HERs generated energy savings, households paid about US$2.10 in financial, time, comfort, and psychological costs to achieve these savings.

Researchers estimated that not accounting for these non-energy costs overstates welfare gains by almost four times. When applying this to all HER programs implemented as of January 2017, researchers suggested that welfare gains could be overstated by US$620 million.