How to keep youth away from crime? 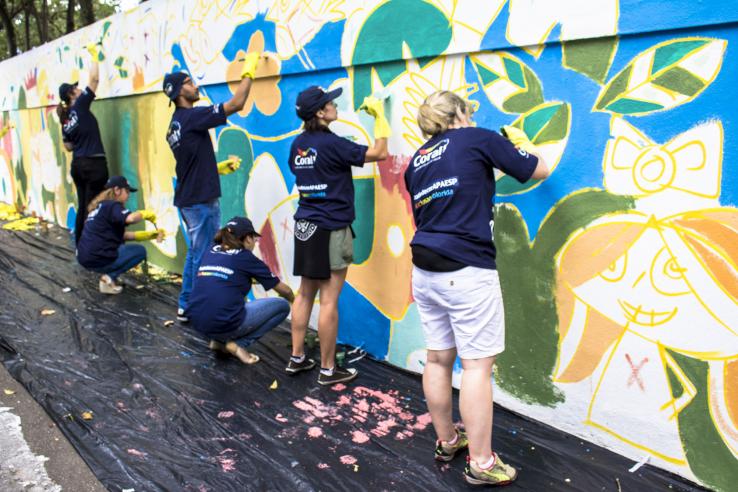 This post was first published as an op-ed in Nexo Jornal and has been translated from the original Portuguese.

Quantitative studies conducted in the U.S. and Brazil show investments in education and job opportunity creation can act as methods for decreasing violence.

In 2017, Brazil witnessed the highest number of violent deaths in the world—approximately 60,000 people were killed. More people have died violently in Brazil in the last decade than in many of the civil wars that have occurred in this same period. Most of the victims are young, black men and residents of poor neighborhoods, and half of the deaths of young people aged 15 to 29 in Brazil today are caused by murders. The economic and social cost of this tragedy is exorbitant, as shown by the work of economists Daniel Cerqueira and Rodrigo Soares.

How can we stop this massacre?

Brazil is moving toward a massive, U.S.-style prison policy. The total number of people incarcerated already exceeds 750,000, and more than half of this population is made up of young people between the ages of 18 and 29.

This seems to be the wrong way to do things. In the U.S., increased incarceration does not appear to have led to decreases in crime and violence.

In addition, reforms that could lower the age of criminal responsibility are being discussed, with the hope that increasing the prospect of incarceration will disincentive crime. However, existing evidence from Brazil suggests that there is no significant reduction in homicides once young people pass the age of 18 and can be judged as adults.

In a country of weak institutions and high collusion between police forces and organized crime, the incarceration policy strengthens organized crime groups that dominate prisons. This is likely to lead to the formation of a new generation of criminals, imposing high costs to society, as suggested by political scientist Ben Lessing.

Alternative policies that alienate young people from crime need to be urgently tested. But what policies are these?

To start, instead of spending resources on more prisons and prisoners, we could dedicate resources to expanding our schools and improving their quality. For instance, a policy that increased school hours for young people in Chile significantly reduced youth crime. Preliminary results suggest that the Mais Educação Program (created in 2007) may have had similar results in the Brazilian context.

David Deming (Harvard Kennedy School) studied the relationship between school quality and criminality in the United States. In evaluating education programs, it is difficult to establish a causal relationship between school quality and crime because the neighborhoods with the worst schools also tend to be those with less access to quality public services, where poorer people live. Therefore, it is difficult to know what causes crime: whether it is the poor-quality schools or the fact that young people in these neighborhoods have low socioeconomic status.

But in some U.S. locations, like Charlotte-Mecklenburg, North Carolina, when there is excess demand for a good school, the choice is made by a lottery. In a paper published in the prestigious Quarterly Journal of Economics in 2011, called "Better Schools, Less Crime?”, David Deming uses these lotteries to evaluate what happens to young people who study (at random) in better schools compared to those who study in poor-quality schools. Seven years after the lottery, he found that individuals who attended better schools were 50 percent less likely to commit a crime.

School-focused policies will have no effect, however, if young people drop out of school. A second type of policy seeks to provide opportunities for young people in the labor market. Recent research shows that employment programs targeted to young people, even temporary ones, can significantly reduce crime.

Economists Alexander Gelber, Adam Isen, and Judd Kessler evaluated the New York City Summer Youth Employment Program (SYEP)—the largest of its kind in the United States, serving 34,000 young people annually. In a paper published in the Quarterly Journal of Economics in 2015, they leveraged the lotteries conducted to select program participants—since there was excess demand—to evaluate the program’s impacts. They show that SYEP led to a 10 percent drop in juvenile incarceration and an 18 percent decrease in mortality, compared to those that enrolled in the program but were not randomly selected to participate.

Professor Sara Heller (University of Pennsylvania) and co-authors evaluated the effects of a similar program in Chicago called One Summer Chicago Plus (OSC +). The program focuses on young people who attend schools with high levels of violence and guarantees paid employment—paying minimum wage—in an NGO or government program for eight weeks over the summer. She found that summer employment led to a 43 percent drop in violent crime arrests.

Notably, the impact of the program comes not only from the effect of keeping young people busy through employment. Even 13 months after the program ended, young people who had participated in summer work had a significantly lower chance of being arrested for violent crimes.

In Brazil, several NGOs are actively working on programs targeted towards at-risk youth, but few have been quantitatively evaluated to assess their effects on crime prevention. In addition, the federal government implements a range of programs that seek to help young people enter into the formal labor market, such as Lei do Aprendiz (“Apprentice Law”)—which requires all large- and medium-size companies to have 5 to 15 percent of their workforce comprised of apprentices—young people between 14 and 24 years old.

In a recent evaluation, economists Carlos Henrique Corseuil and Miguel Foguel (Institute of Applied Economic Research), and Gustavo Gonzaga (Pontifical Catholic University, Rio) found the program significantly increased the chances of young people getting a job in the formal sector up until five years after the program.

Brazil is going through a crime and violence crisis, and the solution will have to come from policies that give more opportunities to young people. More and better schools and access to the labor market are the only weapons we have to compete with organized crime. The intensification of the use of force, whether through the police or the Army, will always be a palliative policy—a consequence of our failure as a society to provide more equal opportunities for our youth.

View this op-ed in its original Portuguese in Nexo Journal. 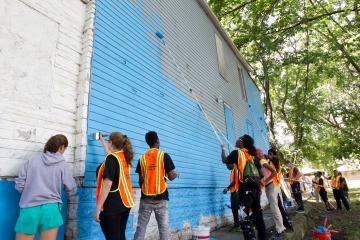 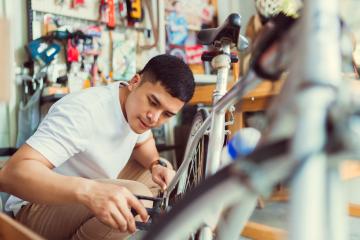