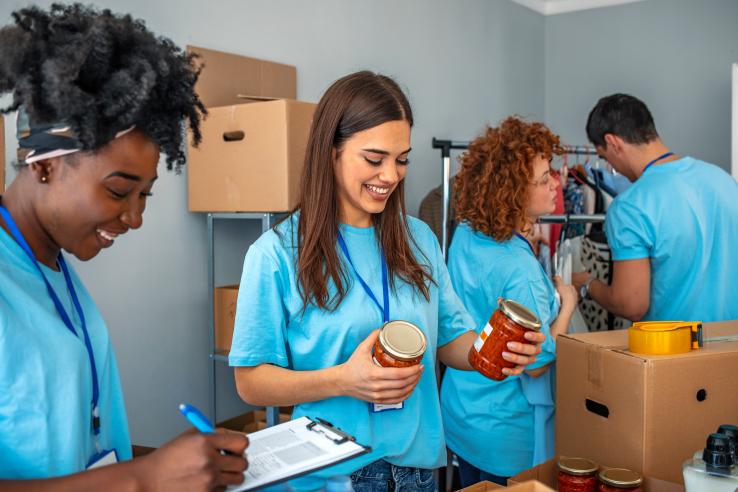 As our country grapples with both a pandemic and the devastating impacts of long-term systemic racism, political leaders are rightfully looking to enact policies that meaningfully benefit low-income and minority communities. Many solutions will take time, but there is one action that mayors across the country — including in New York City — can take right now to support the communities hurting the most: Restore summer jobs programs for young people.

In April, faced with peak numbers of new Covid-19 cases and an accompanying budget deficit, Bill de Blasio, the mayor of New York, announced that this year’s Summer Youth Employment Program would be canceled. Last summer, the program — the largest in the country — provided jobs to approximately 75,000 young people between the ages of 14 and 24, nearly half of whom are black and a quarter of whom are Hispanic.

Typically the city’s program, and those like it around the country, pay participants to work in nonprofits like day camps and day care centers, government agencies, and for-profit businesses.

Uncertainty about the availability of these jobs helps explain why Mr. de Blasio — and two-thirds of municipalities recently surveyed — thought cutting summer programming made sense. New York City summer camps, if they open at all, will be substantially smaller than usual. Many other nonprofits and businesses have only just started reopening or will be allowed to reopen in July. States with rising Covid-19 cases may further delay their opening plans.

But the solution is not to cancel; it is to adapt. Service providers across the country are figuring out how to offer safe, alternative job opportunities in these circumstances. Boston has increased the size of its program, allocating $11.9 million to fund summer jobs for 8,000 of its young residents. The program will include a mix of safe in-person and remote opportunities like conducting census outreach, developing a Covid-19 awareness program and taking college courses for credit.

Chicago announced last Friday that it is offering 20,000 positions, two-thirds of the program’s normal size. The jobs will consist of a combination of online professional development and remote employment, as well as a service corps that will make masks, conduct phone welfare checks of elderly residents and develop a Covid-19 public information campaign. Washington, Philadelphia and Baltimore have all developed plans to offer almost exclusively remote summer jobs and training.

Why is it so important to continue summer jobs programs even with the difficulty of operating and funding during a pandemic? In part, because the spending is well targeted to those hardest hit by both the virus and systemic racism: young people of color and their families. Historically, workers in summer programs are paid minimum wage for 25 hours a week for six to seven weeks over the summer. In New York City, where the minimum wage is $15 an hour, a summer worker can earn more than $2,000.

Surveys of program participants in other cities suggest that these wages both help workers’ households and stimulate the local economy. In Chicago, almost 80 percent of net wages went to local businesses and participants’ families. Nearly half of Boston summer jobs participants reported contributing to paying household bills.

But the benefits of summer jobs extend well beyond cash.

For nearly a decade, we have studied the impact of these programs across multiple cities, including New York and other cities. We compare program applicants who won a random lottery for limited program slots to applicants who lost the lottery and did not receive job offers. The two groups are otherwise basically identical, except for the luck of the draw. So, any differences between them are attributable to the summer jobs program.

The effects are profound. Those who participated in New York’s program between 2005 and 2008 were 10 percent less likely to be incarcerated in New York State prisons by 2013 (the effect was 44 percent for those 19 years and older).

In Chicago, the results were similar: Joining a summer jobs program cut the number of violent-crime arrests among program participants by a third to almost half over the following year, even after the program ended. An evaluation of Boston’s program by Alicia Modestino at Northeastern University documented a similar pattern, including a 35 percent reduction in arraignments for violent crimes.

The program also saves lives. Those who participated in the New York program between 2005 and 2008 had 18 percent lower mortality by 2014, driven by a decline in homicides. The mortality effect got larger over time, suggesting that summer jobs put participants on a safer long-term path.

Obviously, our research results are from normal times and not during a global health crisis. Since the pandemic will force programs to look quite different this summer, the protective effects of summer jobs may also be different.

But there is reason to expect additional public health benefits this year. Summer jobs would keep young people busier, either with remote work inside their homes or in settings where public health measures are carefully enforced.

In states like New York, keeping tens of thousands of young people occupied with work could help prevent them from catching and transmitting the virus, reducing the likelihood of a second wave of infections. In states like Florida, where cases are very much on the rise, replacing beach time with homebound paid work could help flatten newly rising curves.

Earlier this month, Mr. de Blasio publicly committed to divert a percentage of the Police Department’s budget to youth programs and social services. In line with this commitment, the Mayor’s Task Force on Racial Inclusion and Equity announced plans for approximately 2,800 jobs this summer, designated for those in neighborhoods hard-hit by Covid-19. This was a step in the right direction, but a very small one — representing less than 5 percent of those who would normally participate in the city’s program.

This weekend, the mayor hinted that summer jobs may be back on the table. As the city’s budget negotiations enter the 11th hour, Mr. de Blasio and the City Council should follow through. Social service agencies are ready to deliver shorter, adapted versions of the program. Potential participants are clamoring for the opportunity.

The research is on their side. Leaders in New York and cities across the country are facing fiscal crises that will no doubt force many tough choices. Choosing to fund summer jobs should be an easy one.

Sara Heller is an assistant professor of economics at the University of Michigan. Judd B. Kessler (@juddkessler) is an associate professor of business economics and public policy at the Wharton School of the University of Pennsylvania. In previous summers, they have worked with the New York City Summer Youth Employment Program to study its impact.