Combating Violence Against Women through State Institutions: Emerging Evidence and Implications for Practice 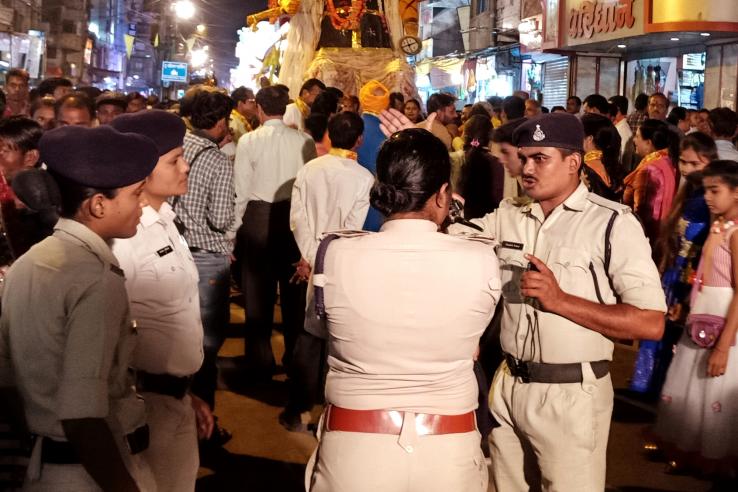 With the rate of domestic violence increasing in light of Covid-19, what is the role of state institutions, including the police, in preventing and responding to violence against women? The second webinar in the Governance, Crime, and Conflict Initiative’s (GCCI) series will discuss randomized evaluations funded by GCCI that address this question and its implications.

Hosted by J-PAL’s Crime and Violence Initiative, Governance Initiative, and Innovations for Poverty Action’s (IPA) Peace & Recovery Program, this webinar series showcases emerging results and policy lessons from the first three years of GCCI. J-PAL and IPA, with support from the UK’s Foreign, Commonwealth & Development Office, jointly launched GCCI with the aim of increasing our understanding of effective policies to promote peace and good governance, reduce crime, and support individuals and communities recovering from conflict.

The Covid-19 pandemic corresponded with a rise in domestic violence cases around the world. Policymakers are looking for ways to support survivors and reduce the incidence of this form of violence. One such solution has been to better equip state institutions, including the police, to respond more consistently and effectively to cases of violence against women.

During this webinar, panelists will share evidence from two GCCI-funded randomized evaluations funded in India that measure the effectiveness of different approaches taken by the police to tackle the issue of violence against women. They will also discuss the implications of this new research for evidence-informed decision making in India and other contexts. A short audience Q&A session will follow the panel discussion.

Sabrina Karim, Panelist
Sabrina Karim is the Hardis Family Faculty Fellow assistant professor in the Department of Government at Cornell University. She will provide an introduction to the literature on police response to violence against women, framing the contribution of the two studies.

Nathan Fiala, Panelist
Nathan Fiala is an associate professor at the University of Connecticut and will present results from his ongoing project Street Police Patrols and Crime Against Women in Public Space: Experimental Evidence from Urban India.

Sandip Sukhtankar, Panelist
Sandip Sukhtankar is an associate professor of economics at the University of Virginia and will share insights from his ongoing project Engendering Policing: Evaluating Reforms to Increase Women’s Access to Security.

Megan O'Donnell, Panelist
Megan O'Donnell is the assistant director of the Center for Global Development's gender program and a senior policy analyst and will speak to how these results can be interpreted and applied in practice.

Isabela Salgado, Moderator
Isabela Salgado is a senior policy associate at J-PAL and manager of the Crime and Violence Initiative.