Gender-based violence is a major public policy issue affecting women worldwide. One way to address gender-based violence is to improve access to law enforcement agents, but there is little evidence on how best to improve policing to help victims of such crimes. Researchers are partnering with the Hyderabad City Police in India to evaluate a hotspot policing program aimed at addressing sexual harassment in public spaces and improving women’s safety.

Gender-based violence (GBV) is a major public policy concern worldwide. It can occur in private spaces, in the form of domestic violence, or in the public sphere, as street harassment. In the latter, GBV can affect women’s physical mobility, their educational choices, and participation in the labor force.1  Despite this, there is very little evidence around what could be effective strategies to address GBV in public spaces, how to improve detection of such crimes and reduce the incidences of victimization.

Research suggests that improving women’s access to the police can increase reporting of GBV crimes and reduce its incidence. The police also play a key role in addressing GBV in public spaces, since their presence can deter potential perpetrators. Yet, in many countries, long distances to police stations, low supply of police officers, or lack of trust in the police could be limiting women’s access to law enforcement agents, which in turn could be discouraging reporting of sexual harassment crimes to authorities.

How can we reduce incidences of GBV in public spaces? Can increased police presence help curb street harassment? How can we improve victims’ engagement with police services?

In Hyderabad, where this evaluation is taking place, 39 percent of approximately 3,000 women surveyed in 2019 have reportedly been victims of GBV in public in the past month, which includes receiving unwelcomed comments, catcalling, inappropriate gestures or facial expressions, and stalking. However, only 16 percent of these women reported the crimes to the police. Despite investments made to improve access to police authorities, for instance, through the construction of All Women Police Stations and the establishment of police station-level Women’s Help Desks, reporting of GBV crimes and police deterrence remain low.

The Safety, Health, and Environment intervention (SHE Teams) is a policing program aimed at addressing women’s safety in the public sphere. The program serves about 7 million individuals of which over 3 million are women. In addition to patrolling activities, SHE Teams aim to increase citizens’ engagement with the police by using awareness campaigns at bus stops, colleges, shopping malls, and other locations where the incidence of street harassment is historically high. These campaigns typically involve distribution of posters and pamphlets, or display of short films in theatres describing the work of the SHE Teams. 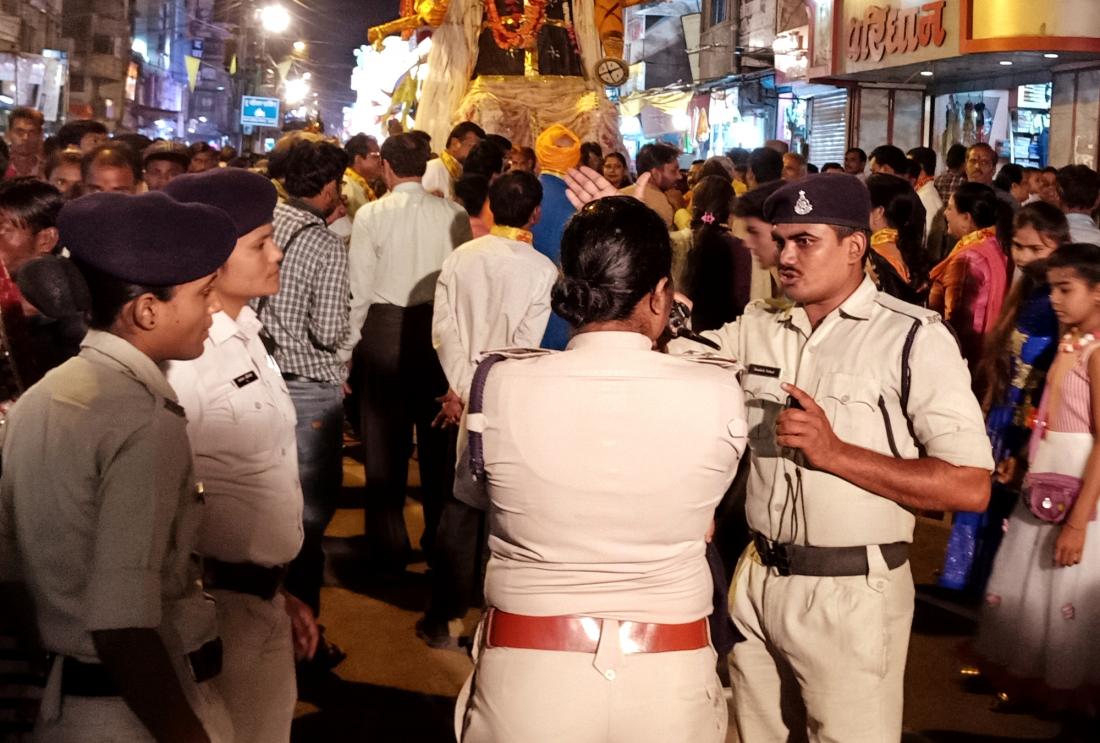 The SHE Team program consists of a total of 75 officers, divided in 24 teams with three members per team—with at least one female officer. In collaboration with the Hyderabad police, researchers identified a sample of 350 hotspots in the city—areas with high rates of crime—to be randomly assigned into one of three groups:

Each team patrols twelve to thirteen hotspots in a day, patrolling each hotspot for half an hour.

Researchers will collect data on reporting and victimization rates from baseline and endline surveys, conducted from July to September 2019 and March to June 2020 respectively. They will also have access to the police’s network of CCTV cameras, with which they will be able to count and record GBV incidents, providing an additional measure of crime occurrence. In order to address potential measurement error concerns, female enumerators will record incidences of sexual harassment, observations of women’s access to policing, and levels of safety at hotspots over a six-month period. Finally, to complement the analysis, researchers will survey police officers and collect administrative data to determine levels of gender bias and measure police performance.

An important consideration is whether the increased presence of police at a location leads to a shift of crime to another location. In order to measure these spillover effects, researchers will collect the same data from 700 additional locations surrounding the original sample of 350 hotspots. These locations will be chosen randomly from a radius around the hotspots.