Avoiding Injuries at Home for Older People in France

Accidents at home such as falls remain a major cause of injury, loss of self-sufficiency and death among the elderly. These injuries cause the elderly to incur substantial costs, both direct costs for medical treatment and care and indirect costs such as loss of productivity and independence. Evidence suggests that installing preventive home safety features, such as adding handrails to stairs, walls, and ramps, can help reduce the risk of falling. Still, very few elderly households have made these preventive investments. One reason for this could be that older adults lack information on the risks of falling and the possible health consequences. Conversely, as previous studies by J-PAL affiliated professors have shown, if preventative health measures are costly, households may be unwilling to invest. Can information and subsidies increase demand for home safety adaptations?

In France, falls account for more than 80 percent of accidental injuries among elderly people. In 2005, 24 percent of adults aged between 65 and 75 reported suffering a fall in the previous year, with an estimated 450,000 falls requiring emergency care.1  In 2004, the Caisse National d’Assurance Vieillesse (CNAV), the French National Old-Age Insurance Fund, launched a program that aimed to help elderly people remain safe and self-sufficient at home. CNAV caseworkers offered to conduct home visits for program participants to assess any adaptations needed to make homes safer. Participants could also request a subsidy to cover part of the cost of making safety adjustments. However, in 2011, only 0.2 percent of retirees living in Ile-de-France (the region of France that includes Paris) were registered for the program. 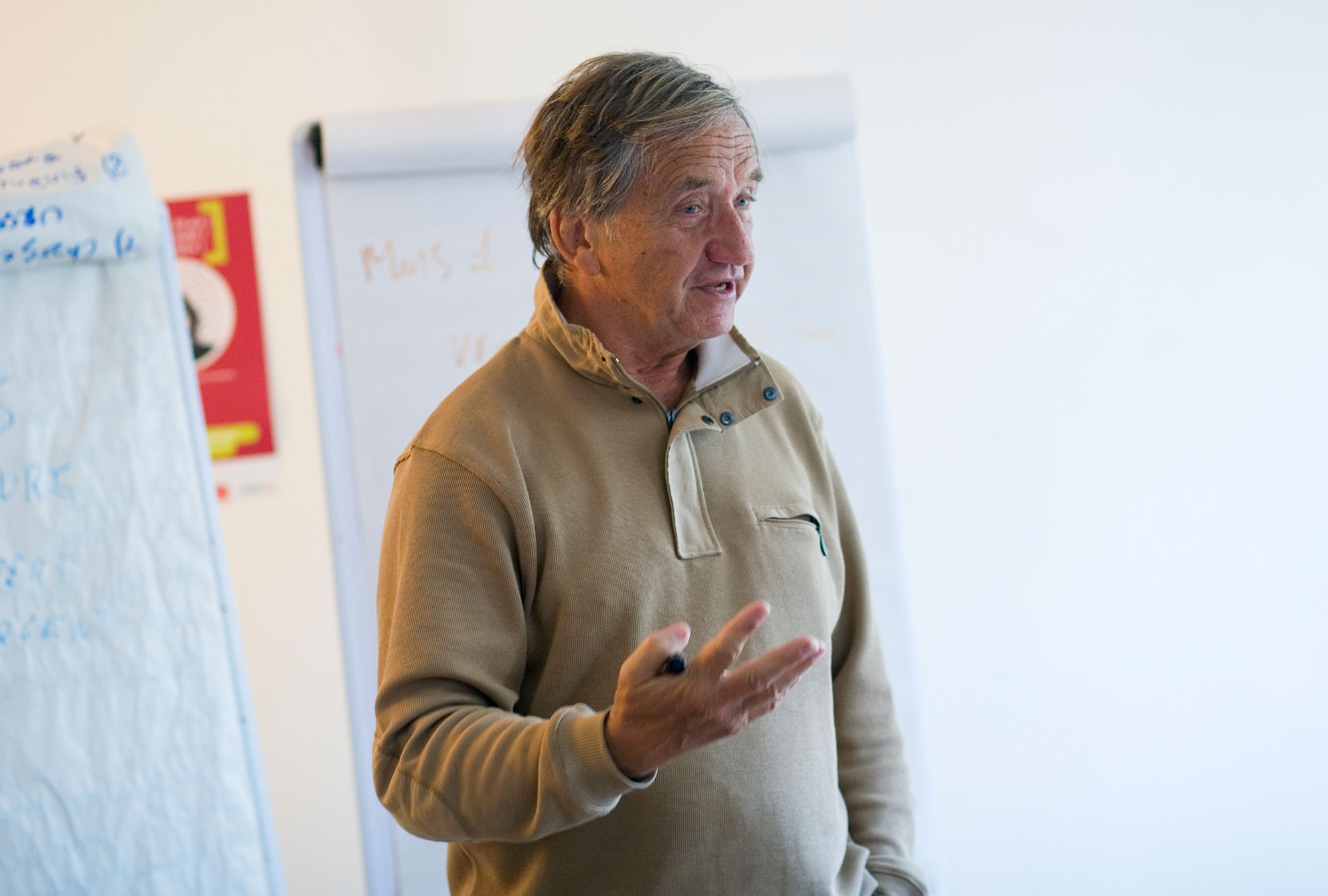 In France, falls account for more than 80 percent of accidental injuries among elderly people

Researchers, in partnership with CNAV, conducted a randomized evaluation to understand whether providing elderly households with various incentives and information affects the likelihood of installing home safety adaptations. Researchers randomly selected 48,090 retirees from CNAV’s registries to participate in the study. They then randomly assigned 42,079 participants to receive one of fourteen flyers, while the remaining 6,011 retirees received no flyer.

Researchers compared the effects of sending participants flyers offering standard information on the services offered by the CNAV with flyers offering additional information on cost reductions or the risks and consequences of falling. Researchers collected administrative and survey data over 17 months to measure participants’ perception of risk, planned safety investments, and take-up of the program.

Information was most effective when the message focused on people’s perception of risk. Flyers that suggested that perceived risks were the same as the true risks of falling were the most effective to encourage take-up, increasing registration into the program by 0.87 percentage points, from a comparison’s group average of 0.9 percent (a 94 percent increase). Explaining the risks of falling with a statistical table, or stressing the gains of preventing injury were also effective, but had a slightly smaller impact.

Flyers offering subsidies also increased take-up. Of all the flyers offering subsidies, those that offered home adaptations for free had the largest effect, increasing participation in the program by 0.77 percentage points (a 83 percent increase). Flyers that offered additional subsidies conditional on commitment and providing a step-by-step explanation of how to apply for home adaptations also increased the likelihood of investing in-home safety precautions by roughly 0.5 percentage points.

Information on risk perceptions was more effective than offering subsidies. Results suggest that providing information about people’s perception of their risk of falling was more effective than offering home adaptations for free. If retirees felt they were at risk of falling at home, but were uncertain about the true risks, a message that confirmed that their perceptions corresponded to the true risk encouraged them to participate in the home safety program.

Beck, Simon, Bruno Crépon, and Lucile Romanello. "A field experiment on the demand for prevention among elderly." Working Paper, February 2017.