Nearly 40 percent of children in Africa and Asia suffer from iron deficiency anemia, which can impair cognitive development and delay psychomotor development. This study evaluated the impact of a preschool nutrition and health project that targeted anemia in the slums of Delhi, India on child health and school attendance. Results showed the program positively impacted weight-gain and school attendance, particularly for groups with high base-line rates of anemia.

Nearly 40 percent of children in Africa and Asia suffer from iron deficiency anemia (IDA), which can result in weakness, stunted physical growth, and a compromised immune system. Anemia is also thought to impair cognitive development and delay psychomotor development. These problems can be further exasperated by intestinal helminths (worms), which are prevalent among children in developing countries. Worms cause chronic intestinal blood loss which contributes to iron deficiency anemia. Estimates suggest that the impact of iron deficiency anemia through both physical and cognitive channels could be as large as 4 percent of GDP on average in less developed countries, yet there is little rigorous work by economists on the effects of anemia on economic development.

Like other developing nations in the region, iron and Vitamin A deficiency affect many of India' s children. Prior to the start of the study, over 69 percent of the sample of preschool aged children in urban Delhi was anemic and 30 percent suffered from intestinal worms, contributing to the high prevalence of malnutrition. Furthermore, 30 percent of the sample was underweight and 24 percent had stunted growth. Children in the study typically came from families of poor migrant laborers, and have a particularly high risk of anemia and other nutritional deficiencies. 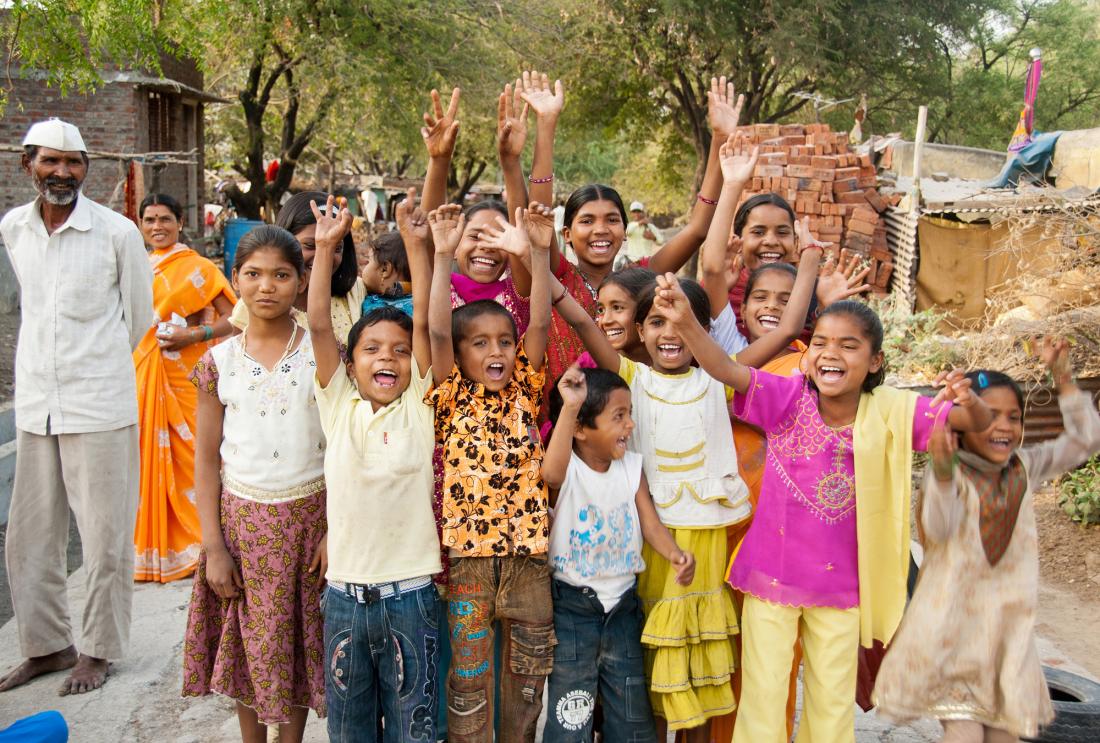 This study evaluated the impact of the NGO Pratham's preschool nutrition and health project in the slums of Delhi, India. The program delivered a package consisting of iron and Vitamin A supplementation and deworming drugs to 2-6 year old children through an existing preschool network.

Two hundred preschools with a total of 2,392 children were randomly divided into three treatment groups, which were gradually phased into the program over two years. The iron supplementation and deworming drugs were administered during "health camps" conducted three times a year in each preschool. Preschool teachers in treatment schools were instructed to administer daily iron doses for three school days following each health camp. Children in both treatment and comparison groups were also administered Vitamin A supplements, which in addition to other health benefits, promotes the absorption of iron.

A household survey was administered to a random 30 percent of the child population from each preschool both at the baseline and then again before the final group was phased into the program. Hemoglobin (Hb) tests (to measure anemia) and parasitological tests (to measure the presence of worms) were administered in conjunction with the household survey. Child height and weight were measured during each health camp, and participation data was collected during monthly, unannounced visits to each preschool.

Child Weight Gain: Large gains in child weight, roughly 0.5 kg on average, were found in the treatment schools relative to comparison schools during the first five months of the project. No gains in average child height were found, but this pattern makes sense from a clinical standpoint: iron supplementation is thought to reduce acute malnutrition in the short-run by improving the absorption of micronutrients and increasing appetite, but improvements in chronic malnutrition are not expected over short periods.