Vocabulary is critical to literacy development in early childhood, yet large disparities in vocabulary knowledge persist between children from high-income and low-income backgrounds. In a randomized evaluation, researchers evaluated the Big Word Club, a classroom-based digital learning program designed to increase the vocabulary of young children, to assess the program’s impact on children’s receptive vocabulary. Researchers found that the Big Word Club increased students’ knowledge and retention of words included in the program.

Big Word Club is a classroom-based digital literacy program intended to increase the vocabulary of children in preschool through sixth grade as a supplement to the normal classroom literacy curriculum. The program uses animated books, songs, and dance activities that introduce children to one new word per day over the course of a school year, with classroom materials customized by grade level. Some of the words are “big” in that they are not typically in the vocabulary of such young children. For example, Big Word Club words at the preschool level include gargantuan, primate, prehensile, equator, and slither. The program’s content is delivered to teachers on a web-based platform. 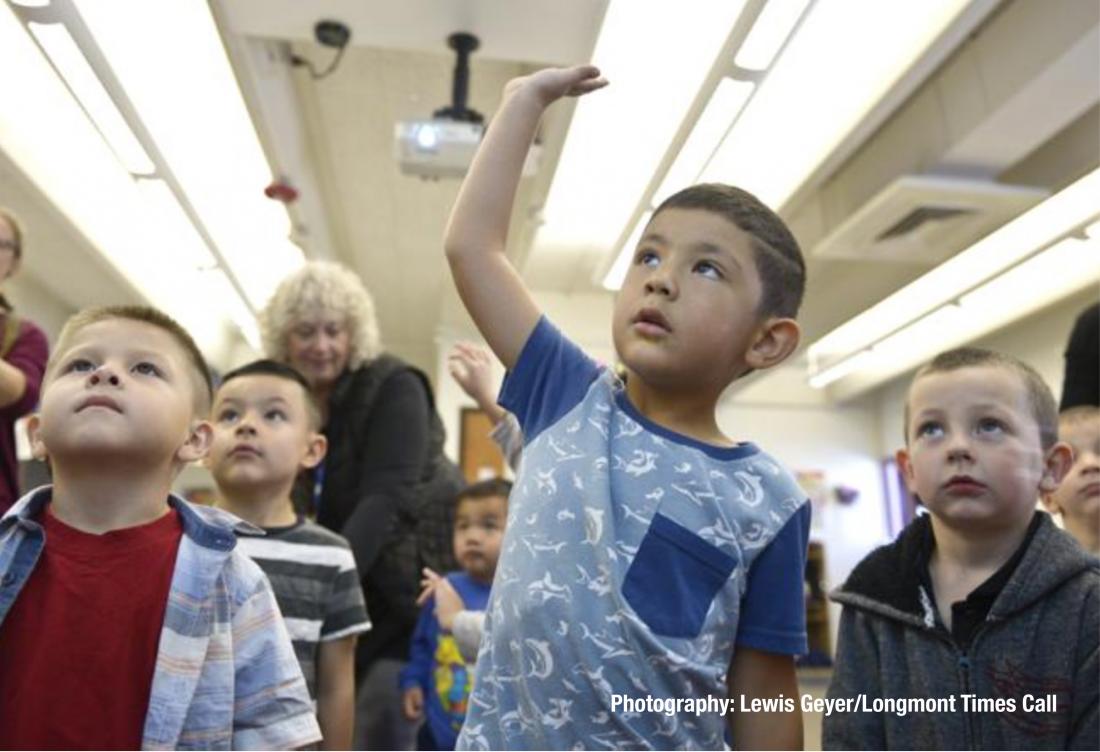 Students participate in a vocabulary learning activity through the Big Word Club.

Researchers conducted a randomized evaluation of Big Word Club to assess the program’s impact on receptive vocabulary, which is the set of words a student can understand and to which a student can respond. Teachers in 72 preschool and kindergarten classrooms across 47 schools in the southwestern United States volunteered to participate in the evaluation for the 2017-2018 school year.

Researchers randomly assigned each school to either a treatment or control group. Teachers at schools assigned to the treatment group received access to the Big Word Club website. For each week in the school year the Big Word Club website provides five videos arranged around a common theme that introduce each word for each day. It also provides one animated digital book, one animated music video, and one dance video—all of which include the five words for that week. The last video for each week is a review of the week’s words. Each video takes 1-4 minutes. Teachers at schools assigned to the control group proceeded with business as usual with no access to the Big Word Club website. The Big Word Club program started in November 2017 and continued through the duration of the school year.

Researchers administered a customized vocabulary assessment at two periods during the school year, first after 17 weeks of the intervention in March 2018 and second after 25 weeks of the intervention in May 2018. The researchers designed the assessment based on the Peabody Picture Vocabulary Test (PPVT-4), a common measure used in research on early childhood literacy, but customized the assessment to include 38 Big Word Club words to test for children’s knowledge and retention of Big Word Club words. To assess students’ overall receptive vocabulary, researchers also administered a standardized version of the PPVT at the same time as the 25-week customized Big Word Club assessment.

In addition to teaching words included in the Big Word Club program, a secondary goal of Big Word Club is to increase children’s curiosity and receptivity to words and therefore increase their general vocabulary. However, the researchers were unable to definitively determine if the Big Word Club improved overall receptive vocabulary, as assessed through the standardized version of the PPVT.

Overall, given its relatively low cost and ease of use, the Big Word Club may be a particularly cost-effective strategy for improving the receptive vocabulary of young children relative to other vocabulary learning programs.