Conditional and unconditional cash transfers have become an increasingly common component of social protection policies. In high-income countries, such programs are often implemented electronically through bank transfers or pre-paid debit cards. However, in countries with limited financial infrastructure, cash transfer programs often require physically distributing small amounts of cash to rural areas. Mobile phone-based money transfer systems could provide a cheaper alternative by reducing costs and leakages, as well as increasing access for program recipients. However, despite the potential benefits of electronic transfers, there is little rigorous evidence on their effectiveness.

Niger is one of the poorest countries in the world, with a per capita gross national product of US$430 and an estimated 45 percent of the population living on less than US$2 per day in 2014. Due to high variability in rainfall, Niger also periodically experiences drought and harvest failures, and between 2009 and 2010–around the time of the study–the country had 2.7 million people classified as vulnerable to extreme food insecurity.1

This study took place in rural villages where agriculture was the primary source of income. While 29 percent of households owned a mobile phone prior to the start of the program, 61 percent of respondents had used a mobile phone in the few months prior to the initial survey. Most households (98 percent) had experienced drought in the past year, and the average household reported having sufficient food for two out of the past six months. 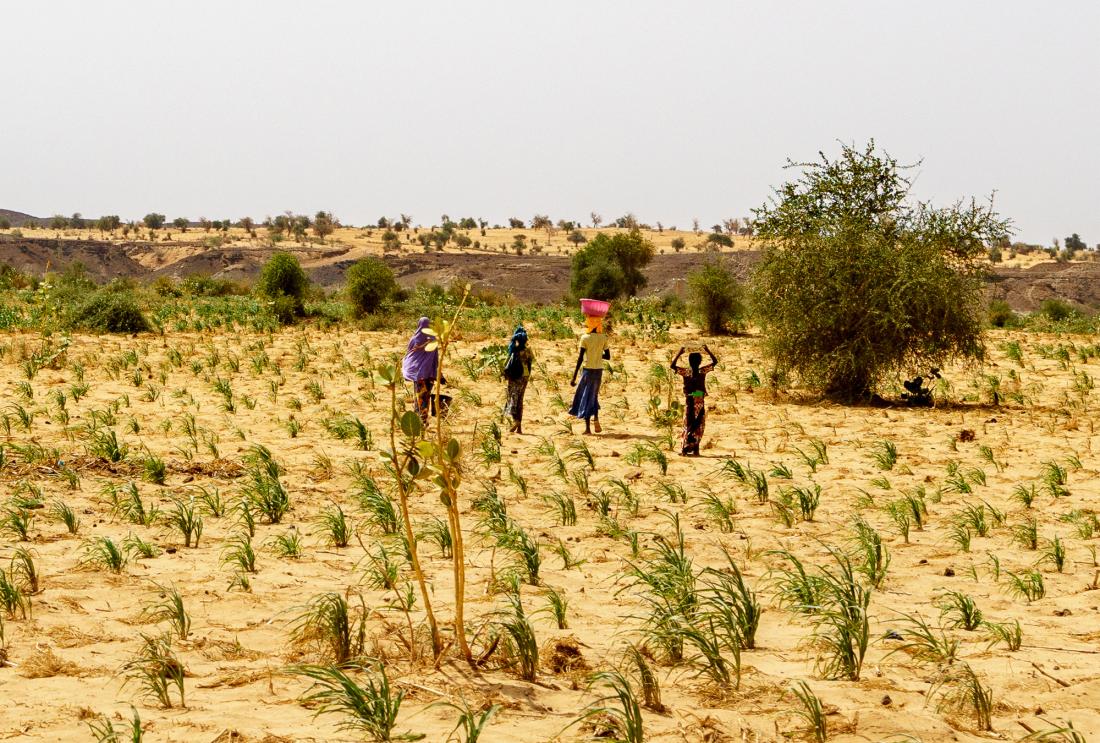 In response to a drought and food crisis in Niger from 2009-2010, Concern Worldwide provided unconditional cash transfers to approximately 10,000 drought-affected households during the “hungry season,” the five-month period before the harvest. Researchers partnered with Concern Worldwide to examine the relative effectiveness and cost-effectiveness of different delivery methods. Researchers randomly assigned 96 eligible villages into one of three groups, and all transfers were provided to the woman within the household:

Due to the humanitarian nature of the intervention and the political situation at the time, researchers did not collect data from a group of households that did not receive any transfers at all. Therefore, researchers could not estimate the causal impact of the cash transfer programs, but rather compared the relative effectiveness of the different delivery methods.

Households who received mobile transfers had greater diet diversity and their children ate more, likely due to reduced time and travel costs to obtain their transfers, as well as increased decision-making power for women. These results suggest that electronic transfers may address the logistical challenges of implementing cash transfers in low-income countries, but requires sufficient investment in the payments infrastructure.

Time saving and reduced travel: Households that received electronic transfers incurred fewer costs to obtain the transfer. While recipients of cash transfers traveled an average of four kilometers round-trip to obtain their payments, mobile transfer recipients on average traveled two kilometers to “cash out.” Mobile transfers also reduced wait time: participants cashing out mobile money waited an average of 30 minutes, compared to four hours for traditional cash transfers. In total, mobile transfers saved recipients approximately 20 hours over the course of the program, equivalent to 2.5 days’ worth of average agricultural wages (US$3 per day). Electronic transfers provided greater flexibility of when to “cash out” that may have freed up women’s time, for example, to engage in productive agricultural activities. In fact, households that received electronic transfers were more likely to plant two types of cash crops that are primarily grown by women in this context.

Increased women’s decision-making power: Some evidence suggests that mobile money shifted women’s bargaining power within the household. All transfers were provided to women, but mobile money was less observable to other household members, potentially allowing women to temporarily conceal the transfer. Women who received mobile transfers were more likely to travel to weekly markets, be involved in selling household grains, and spend more on children’s clothing than those in the other groups. In addition, their households continued to have more diverse diets six months after the program. Researchers suggest that women who received electronic transfers may have been better able to convince their husbands to spend more on higher quality foods or invest extra effort in finding lower prices for staple foods, therefore freeing up income.

Cost-effectiveness: Although the initial cost of the mobile transfer program was higher due to the purchase of mobile phones, its per-transfer cost was approximately twenty percent lower than that of physical cash distribution. This suggests that, once phones and mobile money agents are in place, mobile transfers could be a simple and low-cost way to deliver transfers.