Constraints to Saving for Health Expenditures in Kenya

In many developing countries, preventive healthcare can lead to large improvements in well-being, but households rarely save for healthcare investments. Researchers introduced four savings devices to estimate the relative importance of different potential barriers to health savings. Results indicate that just providing a safe place to keep money led to a large increase in health savings. These results suggest that simply labeling funds for a specific purpose can help households save and invest more.

In developing countries, the benefits of investing in health are thought to be very high. For example, it has been estimated that 63 percent of under-five mortality could be averted if households invested in preventive health products such as bed nets or water purification products.

Despite the high potential benefits of these products, investment levels remain quite low in many developing countries. One reason may be that households cannot save enough to invest in preventive products.

There are several possible barriers to savings for households. Households may not have a safe place to store savings, making it difficult to set aside cash for specific purposes. Another possible barrier is that households with limited cash may expect their friends or relatives who do have cash on hand to provide financial support.

In addition, individuals may underestimate the value of preventive health products, which only provide benefits in the future. These individuals may instead prefer to spend money on more tangible items that provide immediate benefits, exhibiting a “present bias.”

What barriers prevent households from saving for preventive health products, and how can these barriers be overcome?

In Kenya, households commonly report that a lack of cash is a major barrier to investing in preventive health. To help individuals save, ROSCAs (Rotating Saving and Credit Associations) are a common social structure in Kenya. A ROSCA is comprised of a group of individuals who make regular contributions to a common fund, which is then given as a lump sum to a different member at each meeting. Over 40 percent of adults in the district where this evaluation took place were participating in a ROSCA at the start of the evaluation.

Researchers worked with members from 113 ROSCAs in Western Kenya for this evaluation. The average ROSCA in this sample met two to three times per month and had 17 members, 74 percent of whom were female. Members each contributed on average 393 Ksh (US$5.24) per month. 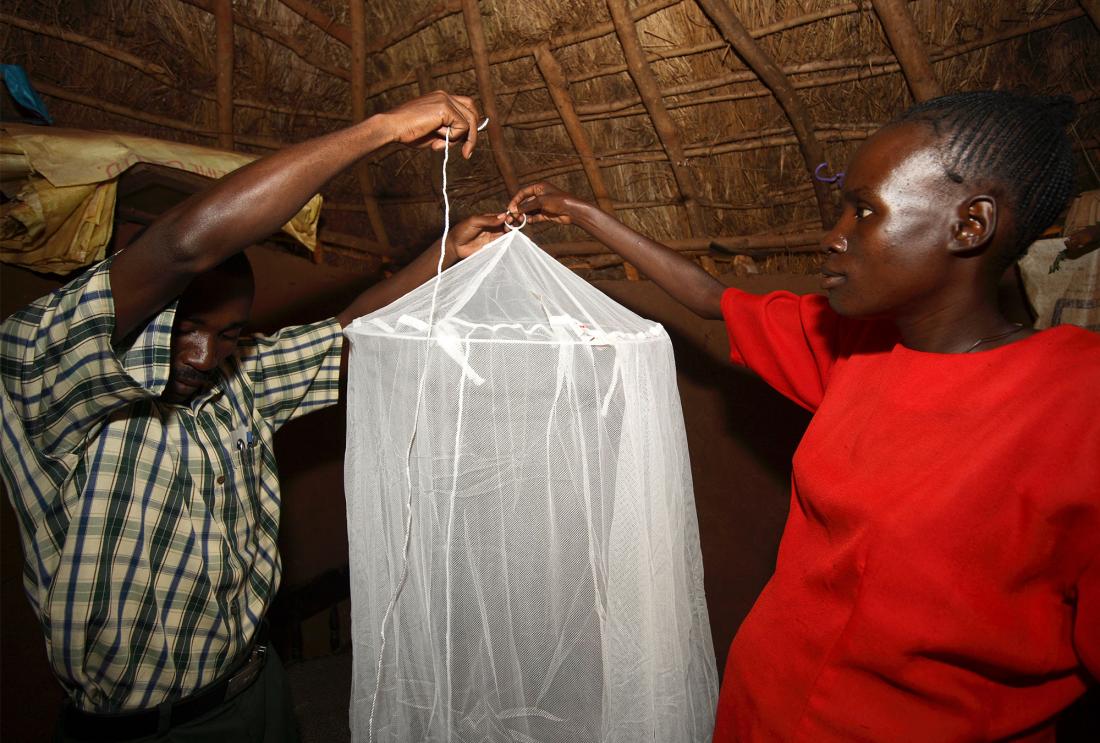 To identify the relatively largest barriers to savings, researchers randomly varied access to a variety of saving devices specifically designed to alleviate one or more of the barriers discussed above. One hundred and thirteen ROSCAs, which contained 771 individuals, were randomly assigned to five groups. All participants were encouraged to save for health.

Researchers conducted follow-up surveys six and twelve months after the program was initially implemented, and conducted a longer follow-up survey with a subset of the participants about three years after distribution. These surveys measured take-up of the savings products, investment in preventive health products, and whether households were able to cope with health emergencies.

Overall, access to these savings products led to substantial increases in preventive health investments and reduced vulnerability to health emergencies. Take-up of all four treatments was high, suggesting that many households wanted a safe place to save money for a specific goal. These results suggest that simply providing individuals with a safe place to store cash can lead to large benefits for households in contexts where income shocks are common.

This result suggests that households were able to mentally label the money in the Safe Box as being for health products, and this mental labeling was sufficient to overcome self-control barriers even when households had the key to the box. Furthermore, these results suggest that households were reluctant to completely eliminate their ability to spend their savings when it was needed for other purposes, such as health emergencies.

Coping with Health Shocks: Individuals in the Health Savings Account group were better able to cope with unexpected emergencies. Individuals in these ROSCAs were more likely to be able to afford medical treatment for an illness compared to individuals in ROSCAs that were not offered HSAs. Providing credit and social pressure by hosting the Health Pot within existing ROSCAs was an effective way to increase health investments.

Additionally, while the Lock Box, which set aside money for preventive health products, was an ineffective way to increase investment in preventive products, the Health Savings Account, which set money aside for health emergencies, was highly valued. These results indicate that households were less willing to set money aside for preventive products because it was not available when needed for other purposes, including health emergencies.

Prevalence of Savings Barriers: The results suggest the presence of multiple barriers to saving.

The most important one seems to be simply the lack of a safe place to save.

Second, for the minority of individuals (16 percent of the sample) who were providing financial assistance to friends or relatives at the beginning of the study were more willing to save for preventive healthcare with the Lock Box. This result suggests that certain individuals may be more willing to restrict the possible uses of their cash, especially when they face pressure to use it to support others.

Long-Run Results: Three years after the initial distribution of these different savings products, usage of the boxes, health pots, and health savings accounts remained high. Among those who received a Safe Box or Lock Box, 39 percent were still using their box to save. Among those assigned to the Health Pot and Health Savings Accounts, 48 and 53 percent respectively were still participating in that service. Moreover, some ROSCAs in the comparison group had adopted these savings products, suggesting that the products fulfilled a previously unmet demand for secure savings.