The degree to which individuals identify with their nation rather than their home region can play an important role in a country’s economic and political development. Researchers evaluated the long-run effects of temporary contact between individuals from different regions during military service on interregional attitudes and national identity sentiments among former Spanish male conscripts. Overall, conscription outside of one’s region of origin led to positive and long-lasting effects on interregional sentiments, and increased the sense of national identity among conscripts from regions with strong secessionists movements.

The strength of national identity within a country can impact states’ ability to address collective problems, such as climate change,1 or their capacity to collect taxes and provide public goods.2 Fostering national identity among citizens has thus been a major policy goal in Europe, particularly as the region has witnessed a resurgence in the support for regional independence movements in recent decades.3

Spain’s political history has been marked by the presence of strong, often violent, regional nationalistic movements. Furthermore, given the low likelihood of ever living outside one’s region of origin, there were limited options for Spanish men to extend their social network beyond their home regions. Against this backdrop, compulsory military service represented the main avenue for Spanish men to interact with individuals from different regions, until its abolition in 2001.

Unless exempted, young Spanish men were called to serve in the year of their 20th birthday, for a duration that varied from 18-24 months in 1940 down to nine months in the 1990s. The military authority selected each conscript’s destination via a public lottery within each province. Among participants of this study, for instance, two-thirds of conscripts were assigned to complete their military service outside of their home region. 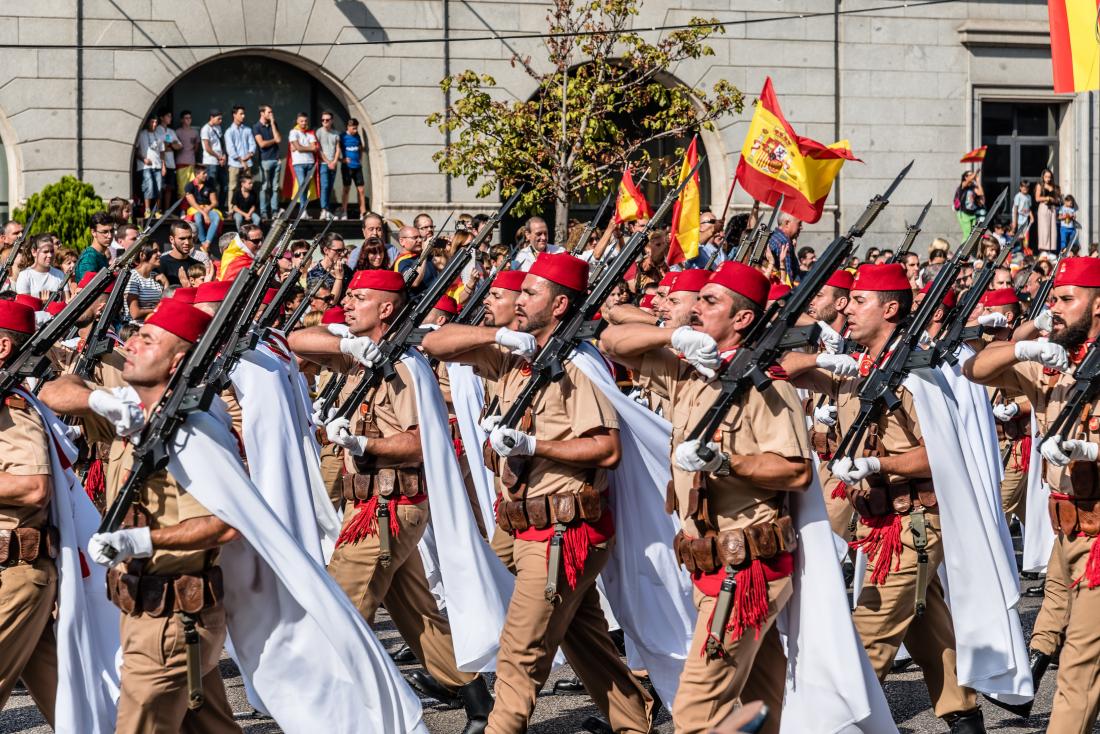 Researchers leveraged the random geographic assignment of Spanish military conscripts to determine the impact of temporary contact with individuals from other regions on interregional attitudes and national identity sentiments. Since the military stopped using the lottery to assign conscripts in 1992, the study only targeted former Spanish male conscripts who entered the military draft lottery in 1991 or before; participants in this study were representative of this population.

Partnering with two panel data providers, Luc.id and Dynata, the researchers surveyed 3,231 former Spanish conscripts between December 2019 and February 2020, measuring their national identity and sentiments towards people from other regions. To determine the impact of conscription outside of one’s home region on these outcomes, the research team also collected background information on the respondents’ military service, such as the length and location of service. One-third of respondents were assigned to serve in their home region through the military lottery, and constituted the comparison group.

Given Spain’s experience with strong, often violent, regional nationalistic movements, the researchers identified four regions with strong peripheral nationalism (Catalonia, the Galicia, Navarra, and the Balearic Islands) to study whether the intervention had a different impact for conscripts originating from such areas.

Completing military service outside of one’s region of origin had a positive impact on conscripts’ long-term sentiments towards individuals from the areas they served. The intervention also increased national identity among conscripts from regions with historically strong regional nationalistic movements.

Conscription outside of one’s home region had a positive effect on sentiments towards people from the region of service: Individuals who served outside of their home region were more sympathetic and trustful towards people from the region of service, in comparison to those who served in their home region. This effect was stronger among conscripts from region with strong regional nationalistic movements. These results are in line with the contact hypothesis theory, which predicts that mixing people from different regions is likely to strengthen interregional sympathies, particularly when the contact situation involves equal status between the groups, common goals and cooperation – which researchers argue was the case of military service.

The intervention had a positive impact on national identity among conscripts originating from regions with strong regional nationalistic movements: While conscription outside of one’s home region had no overall impact on national identity, there were important subgroup differences. Conscripts from regions with strong regional nationalism movements who completed their military service outside of their region reported a stronger attachment to Spain and national pride than their counterparts who served in their home region.

The impacts on interregional sentiments and national identity were likely driven by increased exposure to conscripts from different regions during military service: The researchers find suggestive evidence in favor of increased interregional contact as the key driver for these effects. Individuals who completed their military service outside of their region were more exposed to, and were more likely to form friendships with conscripts from different regions, in comparison to people who served in their home region. Conscripts originating from areas with strong regional nationalistic movements were particularly responsive to contacts with individuals from other regions.

All together, these results indicate that the mixing of conscripts from different regions was an effective tool to improve interregional sentiments and strengthen national identity. This suggests that encouraging interregional contacts during early adulthood can shape people’s sense of national identity and improve their attitudes towards individuals from other regions in the long run. Governments seeking to strengthen national identity among young adults may consider programs and policies enabling contacts between people from different regions.