The United States spends billions of dollars each year on financial aid for college students, so there is great interest in how this aid affects college attendance and completion. Researchers partnered with the Susan Thompson Buffett Foundation to randomly offer scholarships to Nebraska high school graduates who applied for financial assistance. Initial results from the ongoing study indicate that scholarship offers increased college enrollment and persistence while shifting students toward more selective institutions. The effects were largest for students who had lower high school grades and ACT scores.

The United States spends billions of dollars on public and private financial aid for college students every year, so there is great interest in how this aid affects college enrollment and completion. Measuring the impacts of financial aid programs is challenging because many students who receive financial aid would likely attend college whether or not they have financial support, and funds from one program may reduce aid from other sources. To study how financial aid affects high school graduates’ college enrollment, researchers partnered with the Susan Thompson Buffett Foundation (STBF) to conduct a randomized evaluation of a scholarship program in Nebraska.

Since 1965, the Susan Thompson Buffett Foundation has provided college scholarships to Nebraska high school graduates. STBF awards scholarships based on financial need, academic merit, and leadership skills. STBF’s applicants tend to come from households with incomes below that of the average Nebraska high school graduate. STBF applicants are also more likely to be first-generation women of color.

STBF supports more than 4,000 students each year with annual program costs of roughly $36 million. The largest STBF awards provide more than $70,000 toward five years of expenses at any Nebraska public college. 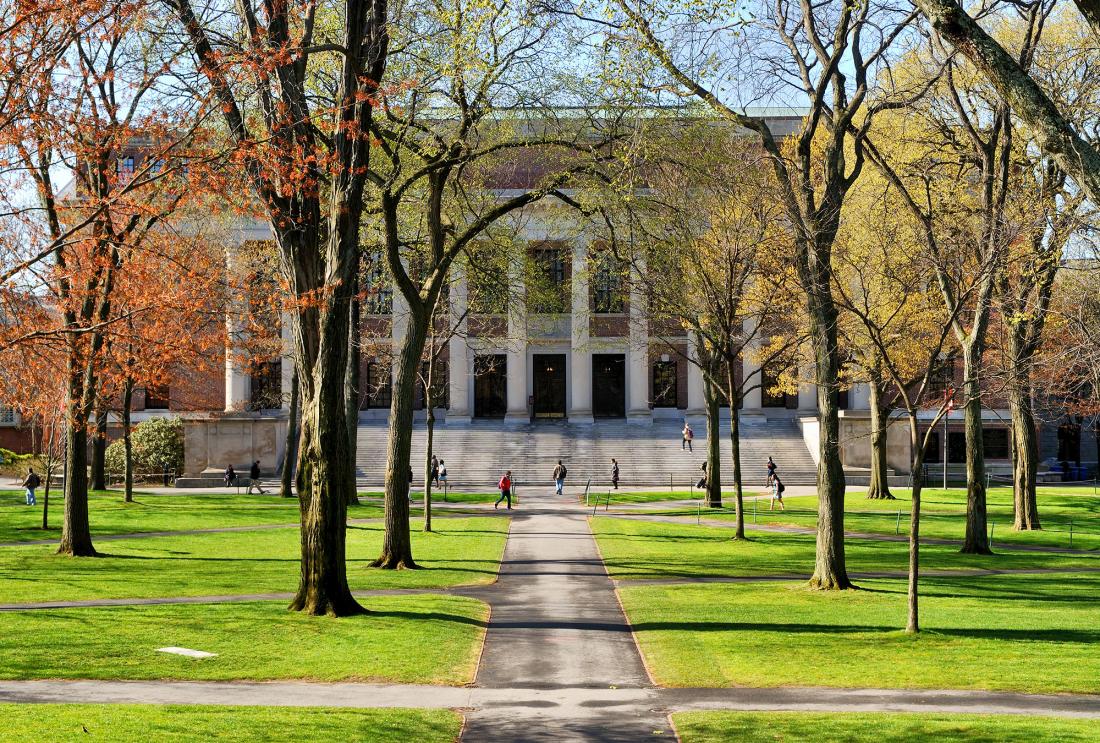 The award size varied depending on the tuition and fees charged by the institution the scholarship recipients ultimately attended. In addition, the majority of scholarship recipients who enrolled at any of the University of Nebraska’s campuses were required to participate in Learning Communities, an academic mentoring and support program, or else risk losing their funding. Beginning in 2013, just over 200 scholarship recipients each year were randomly offered a different award, the College Opportunity Scholarship, which did not require any participation in Learning Communities activities. This exception made it possible for researchers to identify the impact of financial aid apart from any mentoring received.

College Persistence: Scholarships dramatically reduced college dropout for both the two- and four-year college-bound students. In the four-year college-bound group, 88 percent of scholarship winners persisted to senior year, compared with just 74 percent of the control group. The effect was even larger for students who initially targeted community colleges. Scholarships doubled their enrollment rate four years out, from 28 percent in the control group to 56 percent for scholarship winners. Most students who were still enrolled after four years had transferred to four-year colleges.

Scholarship impacts on college persistence were largest for students with higher expected dropout rates in the absence of STBF support. Treated students at the bottom of the grade point average distribution in high school and attending four-year universities enrolled in sophomore year at a rate 40 percentage points higher than similar control group members. Scholarships had no discernable effects on persistence for students with high school GPAs in the top half of the applicant pool. Using ACT scores to measure academic merit instead of high school grades revealed a similar pattern.

As the study is ongoing, evidence about the impact of scholarships on the rates of completion is not yet certain. Overall, the results highlight a trade-off between using scholarships to increase college enrollment and persistence versus rewarding students for past performance. Students with higher grades and test scores are most likely to persist in college even without a STBF scholarship; conversely, students who have lower high school grades and test scores seem to benefit most from scholarships. Ultimately, the study will measure effects on college completion and how award effects on retention and degree completion influence long-run labor market outcomes.