Loan officers, like many people, have a tendency to procrastinate. Their procrastination can create cash management problems for banks, as it causes a mismatch between the timing of credit repayment and disbursement. Researchers examined whether small incentives and short-term goals could encourage Colombian loan officers to stop procrastinating. Under the new incentive structure, loan officers spread their work more evenly throughout each month, and they met a much greater percentage of their monthly targets.

It often hard for individuals to balance current needs against long-term goals, or to meet self-imposed deadlines without an external nudge in the right direction. Most scholarly research has focused on procrastination problems in the context of individual choices and decisions; in contrast, efficient mechanisms for fighting procrastination in firms and organizations have been little-studied. In the context of development, it is likely that microcredit banks could operate more efficiently if their loan officers spread their workload evenly over time, resulting in a more stable cash flow for the bankbut loan officers, like many people, have a tendency to procrastinate.

Bancamia, a for-profit microfinance bank in Colombia, specializes in access to finance for micro-enterprises, low- and middle-income segments, rural populations, and women. At the time of this intervention, Bancamia had close to US$160 million in outstanding loans to over 180,000 clients. Although the bank's loan officers are paid on commission, they commonly postpone credit collection efforts and sourcing new clients until the last two weeks of each month, just before bonuses are calculated. As a result, they report exhaustion and high stress levels close to the monthly deadline. Loan officer procrastination also creates cash management problems for Bancamia, as there is a mismatch between the timing of credit repayment at the beginning of the month and credit disbursement at the end. 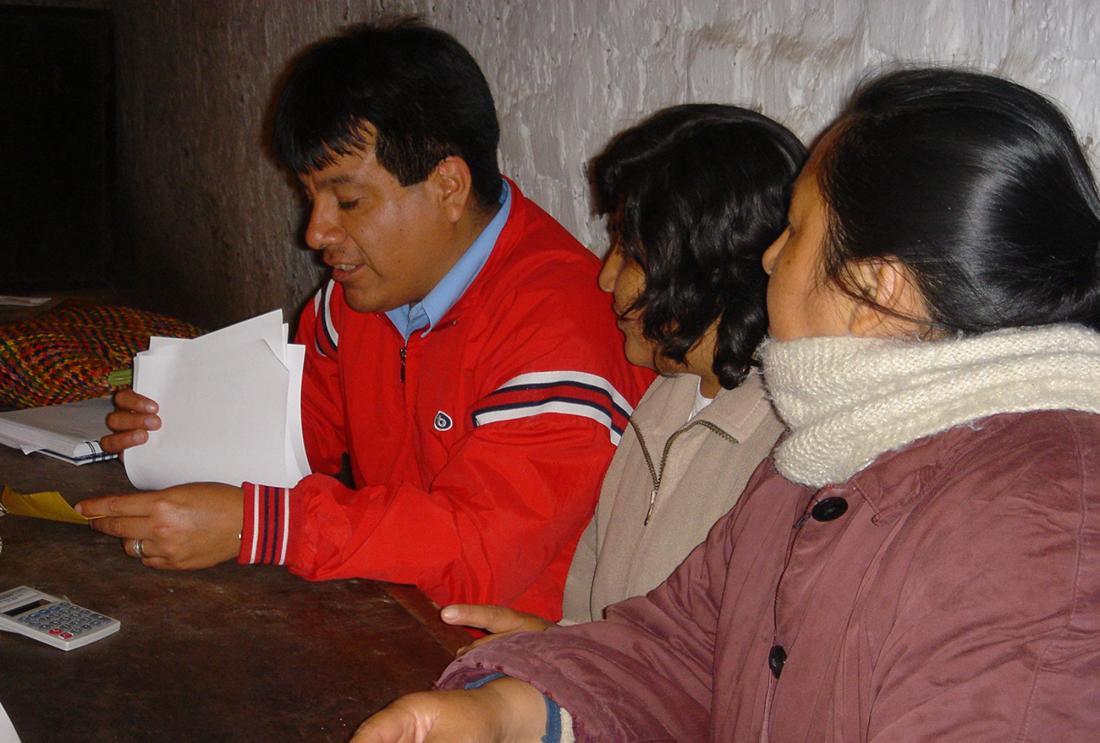 Loan officers shuffling through their papers

Researchers partnered with Bancamia to introduce incentives for loan officers to shift their work earlier in the month under an initiative called the "Madrugador" (or "Early Riser") program. Prior to the intervention, Bancamia's payment structure for loan officers included a commission on new loans, with weekly targets. For every week that loan officers failed to meet their targets, they were punished with a 5 percent reduction in their potential commission. Despite this payment structure, which was already designed to spread the workload over time, loan officers were not able to keep self-imposed deadlines. As a result, most were in effect giving up part of their paycheck each month.

In contrast to the punishment-based incentive system, the intervention tested emphasized positive rewards and frequent goal reminders. Under the Madrugador program, small prizes like movie tickets or restaurant coupons were awarded weekly to loan officers who met quotas for new loans early in the month, and branch managers were asked to remind their employees about meeting weekly goals. Researchers also printed and distributed the "Madrugador Monthly Bulletin," featuring the best performers in each participating branch and a reminder about the program's grand prize, a free vacation for the top performer overall.

Half of Bancamia's 61 branches were randomly selected to participate in the incentive program, while the other half served as a comparison group. After three months, the Madrugador program was expanded to include incentives for branch managers, including as well as loan officers, including small prizes if their branch met 50 percent of the set goals, grand prizes if their branch performed best overall, and acknowledgement in the monthly bulletin.

The introduction of short term goals, positive reminders and incentives led to a significant change in the way loan officers allocated their time and improved performance. The effect of these small nudges became significant, however, only when branch managers were included in the intervention. There was an average 18 percent increase in the sourcing of new loans in the first two weeks of each month and a 30 percent improvement in the achievement of target goals above the comparison group. Before the intervention, only about 15 percent of loans were disbursed during the first two weeks of the month, while one-third of loans were made during the very last week. After the Madrugador Program ended, however, loan officers began procrastinating again, and the improvement in workload distribution disappeared.

During the intervention, loan officer compensation rose 25 percent (an increase of US$152-US$191, independent of program prizes) relative to the comparison group. This was not because loan officers made more loans total over the course of the month, but because the program helped them to spread their workload across the month to take advantage of the existing commission payment structure. Even though they knew they could make more money if they did not procrastinate, loan officers needed support from an organizational structure that provides short-term goals and reminders about when to exert effort in order to use their time optimally.

Bancamia's loan officers in the intervention group also reported significantly higher job satisfaction and lower stress levels with the leveled-out workload. Because the project was highly popular with employees, Bancamia is restarting the Madrugador program on its own.