Financial and Informational Barriers to Migration in the Philippines

Many developing-country governments are looking for ways to help citizens work abroad, where they earn higher wages and often send sizable remittances to their home countries. In the Philippines, researchers tested several interventions designed to ease informational, job search, and documentation barriers to working overseas. They found that some interventions increased the number of participants who searched for work or acquired passports, but none led to increases in international migration.

Working abroad is one of quickest ways for individuals from developing countries to earn much higher incomes. The wage for performing the same job can differ by as much as a factor of ten between countries, and many families depend on remittances from relatives who have migrated abroad. Despite these benefits, relatively few citizens move abroad for work, perhaps because the idea of leaving their home country is unappealing, or they are not fully aware of the benefits of working abroad. Furthermore, those who want to migrate sometimes have difficulty finding a job, financing a trip overseas, or obtaining a passport.

As a result, some governments are looking for ways to help citizens work abroad. When governments encourage their citizens to work abroad, they usually do so either by themselves or with the cooperation of destination countries. Some actions that governments can undertake unilaterally include providing citizens with information about migration, loan facilitation, and easing the international job-search process. If governments have the cooperation of governments or employers in destination countries, they can establish formal agreements to allow for the migration of specified numbers and types of workers. There is little empirical evidence on how effectively these kinds of policies create opportunities for international work and encourage people to migrate.

The Government of the Philippines has extensively encouraged international migration. The Philippines has 49 bilateral migration agreements with 25 destination countries. Over 2 million Filipinos leave for work overseas each year, and remittances total more than US$25 billion, nearly 10 percent of the country’s GDP. Policymakers in Bangladesh, India, and Sri Lanka have pointed to the Filipino government as a model for how to promote and regulate migration.

This evaluation took place in Sorsogon province, which has relatively few migrants compared to other areas in the country. The province is 10–12 hours from Manila by bus, where most international labor recruitment takes place. Prior to the start of the study, participants earned approximately US$1,900 per year, similar to the country’s GDP per capita of US$2,000. They were fairly well-educated (69 percent completed high school), which would qualify them for many overseas jobs, and 34 percent reported interest in working abroad. 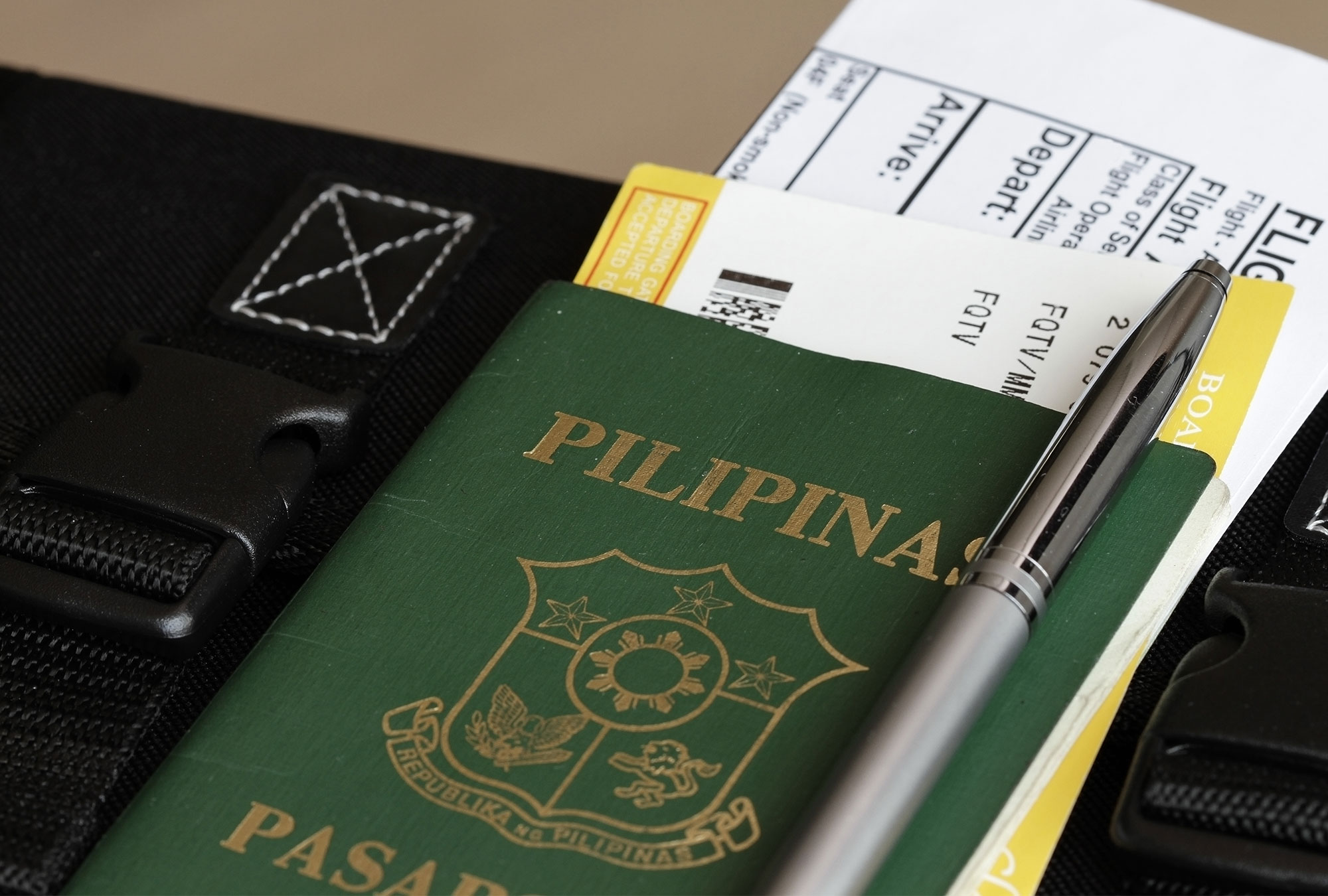 Policymakers in Bangladesh, India, and Sri Lanka have pointed to the Filipino government as a model for how to promote and regulate migration. Photo: Shutterstock.com

Researchers tested the impact of several interventions to reduce informational, job search, and documentation barriers to working overseas. In total, there were five different interventions, similar to the efforts that the Filipino government had already undertaken:

Researchers randomly selected 42 barangays (the smallest administrative division in the Philippines) from six municipalities in Sorsogon for the evaluation. Approximately 26 percent of households in each barangay were randomly selected for interviews, and one adult in each household was interviewed, leading to a sample of 4,153 adults ages 20-40 who had never worked abroad. Participants were then randomly assigned to a single intervention, a combination of interventions, or to a comparison group that did not receive any of the five interventions. The randomization resulted in a total of 15 distinct groups.

Although some interventions increased the number of individuals taking steps leading toward working abroad, such as searching for jobs or applying for passports, no intervention or combination of interventions significantly increased the migration rate. These results suggest that unilateral policies that aim to provide information, job search assistance, or documentation are not sufficient on their own to increase international migration.

Providing assistance in using a job-search website increased the number of participants who searched for work abroad but did not lead to additional migration. The job-search rate for participants who received website assistance, in addition to the three information interventions, was 15.7 percent, about three times higher than the comparison group. However, these participants were no more likely to migrate. Among participants who indicated that they were interested in migrating during the initial interview, receiving information and website assistance increased the job search rate by 19.6 percentage points (to 30.6 percent) and increased the likelihood of attending an interview by 7.7 percentage points (to 11 percent), but this did not result in a significant increase in the number of job offers or the migration rate.

Even the most intensive treatment did not lead to more migration. The job search rate among individuals who received all five interventions was 21.7 percent, an increase of 16 percentage points over the comparison group. These participants were also more likely to be invited to an interview, attend an interview, and receive a job offer. Nevertheless, the migration rate among this group was no different from the comparison group.