Despite rapid and sustained growth of Kenyan agriculture exports to Europe, small farmers have largely failed to cash in on this opportunity. Researchers evaluated whether a package of services, designed to help link smallholder farmers to commercial banks, retail farm suppliers, transportation services, and exporters, could help small farmers in Kenya adopt, finance, and market export crops, and thus make more income. One year after the program began, individuals who received the program were more likely to be growing an export crop, but incomes did not significantly improve.

In much of the developing world, farmers grow crops only for local or personal consumption, despite export options which are thought to be much more profitable. There are several plausible reasons why farmers might choose to grow crops for local markets, forgoing the opportunity to make more money through export crops. There may be information gaps about profitability of export crops, lack of access to the capital needed to make the switch to export crops, inadequate infrastructure to bring crops to urban centers, concern over risky export markets, or misinterpretation by researchers as to the true profit opportunities.

Kenya’s horticultural sector, which includes fruit and vegetable production, has received a great deal of attention over the past decade due to the rapid and sustained growth of its exports to Europe. Although Europe’s appetite for Kenyan agriculture exports has been great, small farmers have largely failed to cash in on this opportunity. Many farmers instead receive below-market prices for their crops by selling them at the local market or to intermediaries, who then resell the produce at regional market centers or to export firms. In the study sample, about half of the household income came from agriculture, and most owned the land they cultivated, which was usually about one acre. Farmers grew subsistence crops (beans, maize, potatoes, and kale) 50 percent of the time and cash crops (coffee, bananas, and tomatoes) 34 percent of the time. Only 12 percent of farmers grew any export crops. 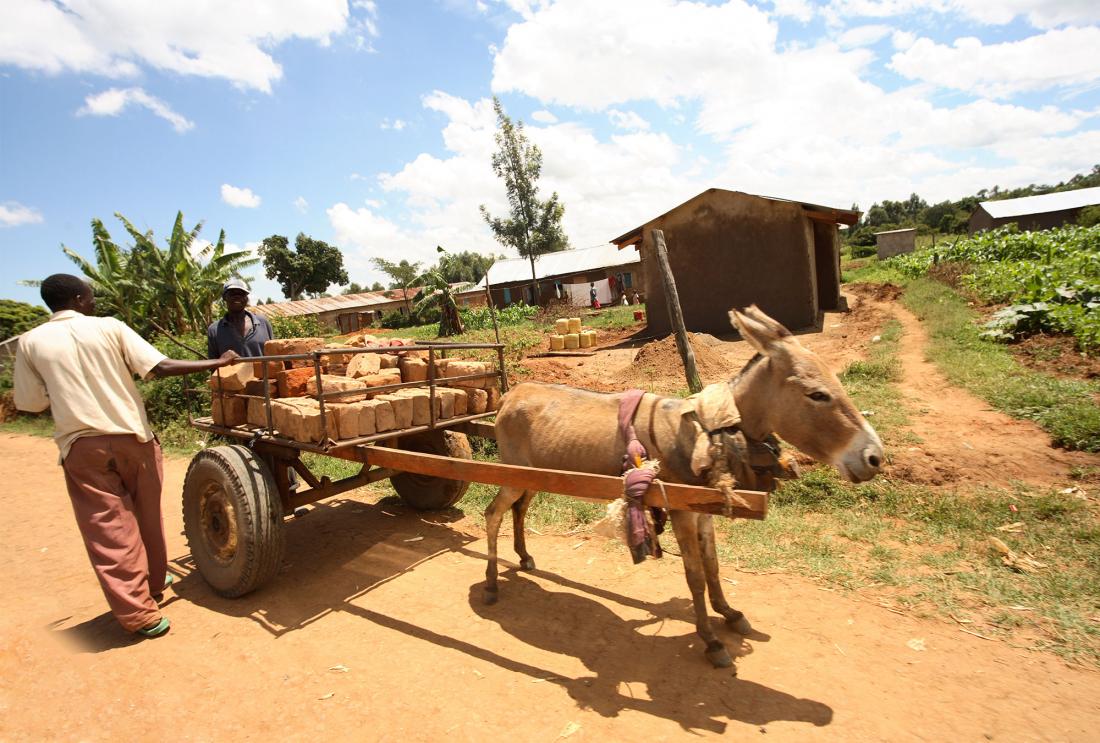 In collaboration with DrumNet, a Kenyan NGO, researchers evaluated whether a package of services could help small farmers adopt, finance, and market export crops, and thus make more income. DrumNet tried to link smallholder farmers to commercial banks, retail farm suppliers, transportation services, and exporters. To be a member of DrumNet, a farmer had to be a member of a registered self-help group (SHG), express interest in growing export crops marketed by DrumNet (i.e., French beans, baby corn, or passion fruit), and have irrigated land.

At harvest time, for individuals in both treatment groups, DrumNet negotiated prices with an exporter and arranged a produce pickup. Once the produce was delivered to the exporter, the exporter payed DrumNet who, after deducting any loan repayments, credited the remainder to the individual savings accounts that each farmer opened when they registered.

Impact of the DrumNet Program: One year after the program began, treatment individuals were 19.2 percentage points more likely to be growing an export crop, but there were no significant gains in income for the full sample. However, among first-time growers of export-oriented crops, program participation led to a 31.9 percent increase in income.

Out of the twelve SHGs in each treatment group, ten decided to take advantage of DrumNet services when credit was offered, compared to only five of twelve when it was not, implying that farmers perceived credit as an important factor for cultivating export crops. However, access to credit had no effect on income gains compared to no-credit SHG groups.

Long-term Consequences: Unfortunately, one year after the evaluation ended, the exporter refused to continue buying from the DrumNet farmers since none of the SHGs had obtained EU export certifications. This led to DrumNet’s collapse as farmers’ export crops were left to rot and loans went into default. Farmers returned to growing for local markets, underscoring the original concerns over export market risk.