Vocational education programs are a popular strategy aimed at improving labor market outcomes for youth, but there is mixed evidence about their actual benefits. Researchers evaluated the impact of admission to one of Mongolia’s formal vocational training programs on students’ educational attainment, employment, and earnings. Admission led to higher educational attainment and employment for applicants, especially for women, and increased earnings for women.

Globally, youth unemployment is around three times higher than that of adults.  However, there are many open questions about how best to help youth find jobs and smooth the school-to-work transition, particularly in low- and middle-income countries. One strategy to expand labor market opportunities in these settings is vocational education, which could help students learn a trade and acquire the skills needed to access employment opportunities. However, evidence is mixed about the actual benefits of vocational education, including for formal, untargeted, long-term vocational education programs.

As Mongolia transitioned to a market economy in the 1990s, its vocational education system struggled to adapt. The capacity of this system to teach core technical skills and provide critical labor information weakened, training equipment became outdated, and instructors fell behind the newest developments in their trade. At the same time, Mongolia experienced economic growth due to a booming mining sector as well as new sectors such as construction and the processing industry, which increased the demand for skilled labor. Recognizing the lack of skilled workers and inadequate capacity of the vocational education system to train skilled workers, the Mongolian government set goals as part of the Second Education Master Plan 2006-2015 to increase enrollment and improve the quality of the vocational education system. 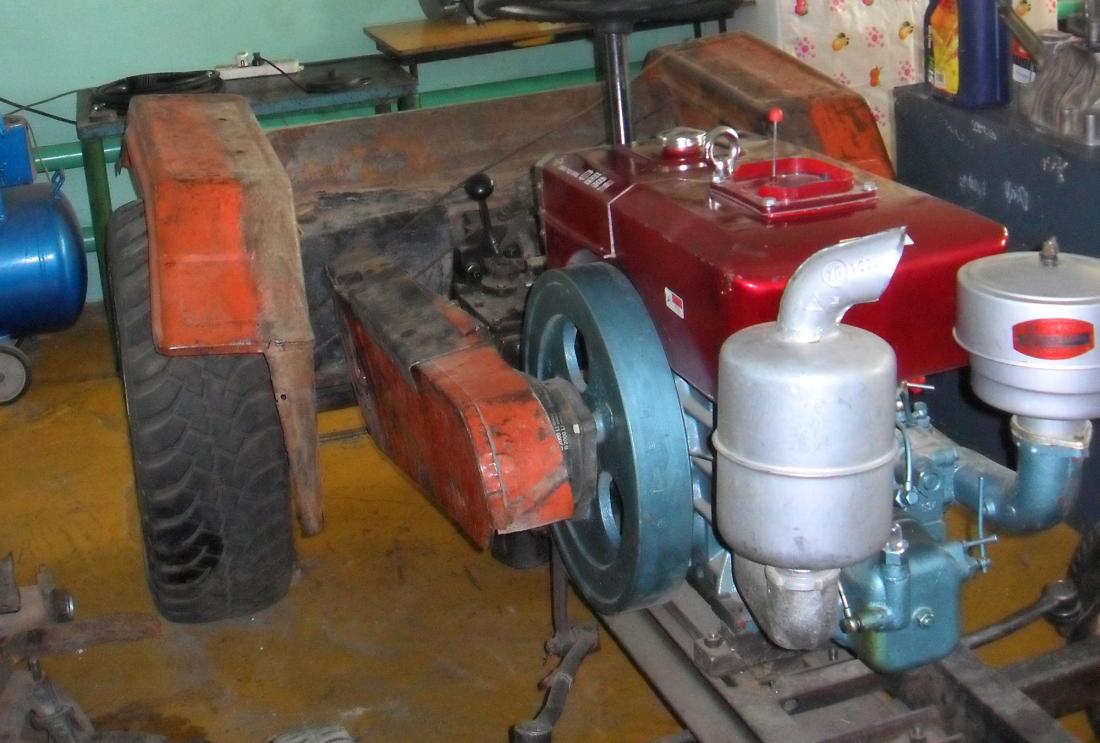 Outdated equipment at a vocational school in Mongolia.

Researchers partnered with the MCC to test the impact of admission to one of Mongolia’s formal vocational training programs on educational attainment, employment, and earnings.

The sample included applicants to 10 of Mongolia’s 76 vocational training schools. Each of the ten schools had larger applicant pools than available admission slots, which allowed researchers to randomly assign qualified applicants to be admitted to or rejected from the programs via lotteries. Thus, schools in the study were likely more competitive than the typical vocational training school in Mongolia.

Lotteries took place during both the spring and fall rounds of admission in 2010, 2011, and 2012. Qualified applicants who were not admitted to a program served as the comparison group. The lotteries determined the admission status of 11,724 eligible applicants. An additional 526 applicants highly qualified applicants that met certain criteria received guaranteed admission outside of the lottery system.

Researchers collected data from the Admissions surveys, the Graduate Follow-Up (GFU) survey, and an annual Tracking survey. The application form for the ten schools that participated in the study served as the Admissions surveys and recorded basic social, economic, and demographic characteristics of students and measured skill levels and academic performance. The GFU surveys were administered 6 to 12 months after students were expected to graduate from their respective programs, and collected information on educational attainment and employment outcomes, and also included a trade-specific skills test. The Tracking surveys were an abbreviated version of the GFU survey that were administered by phone and used to keep track of students’ outcomes before and after the main GFU survey.

Admission to one of Mongolia’s formal vocational training schools led to higher educational attainment and employment for applicants, especially for women, and increased earnings for women.

Education: Six to twelve months after students were expected to graduate,  those who were admitted to 2-year vocational training schools were 19.3 percent (12.7 percentage points) more likely to have enrolled in a vocational training school and 28.5 percent (15.3 percentage points) more likely to have graduated from vocational school compared to those who were not admitted. Those admitted spent 3.01 months (28.5 percent) longer in vocational school and .06 months (8.6 percent) longer in any educational program than those in the comparison group. The impact of admission to 2-year vocational programs was almost twice as large for female applicants as for male applicants across all educational outcomes.

Earnings: Admission to vocational training schools did not increase the earnings of applicants as a whole six to twelve months after students were expected to graduate, but it did increase earnings for admitted women. Admitted women had 13-14 percent (about US$15.5 in 2015) higher monthly earnings in their most recent job and on average, and 27.6 percent (about US$14.5) higher monthly earnings if currently employed than women in the comparison group. Additionally, the increase in earnings for women admitted to vocational training schools lasted two years after the program.

Skills, Work Hours, and Type of Work: Admission to vocational schools led to improved skills in specific trades for both men and women a year after the program ended. Admitted students were also more likely to apply for a job or receive a job offer during this time period. Women who were admitted also worked more hours per day and days per month, and were more likely to be employed in the government sector, in the private sector, or self-employed (men were only more likely to be employed in internships, many of which are unpaid). These factors could in part explain why only women saw an increase in earnings.