A “growth mindset,” or a belief that intelligence and ability can be improved with hard work, may encourage students to work harder and persevere through challenge, leading to improved learning and later life outcomes. Researchers evaluated the impact of a low-cost computer-based intervention providing information about the brain’s potential to change and grow on students’ beliefs in their abilities to learn and their subsequent effort in school. Results showed that providing this information improved students’ perseverance and academic performance, driven largely by impacts among the lowest achieving students.

Non-cognitive skills, such as self-control and perseverance, are important predictors of success for educational and employment outcomes, including higher secondary school and college graduation rates, higher wages, and better health.1 Previous research has shown that these skills are malleable in children and adolescents; improving them may also improve learning and later life outcomes.2

One way to improve non-cognitive skills such as perseverance may be to change students’ beliefs in their ability to learn. Students with a “fixed mindset”, who believe that intelligence and ability are fixed, unchangeable traits, might avoid academic challenges and lack resilience against setbacks. But a “growth mindset”, or a belief that these traits can be improved with effort, may encourage students to work harder and persevere through challenges. Emerging research in the United States suggests that mindsets can thus improve students’ non-cognitive skills and impact learning outcomes. To contribute to the evidence base, researchers in Norway evaluated the impact of conveying information about “growth mindsets” through a computer program on students’ perseverance in math.

In Norway, students start high school around the age of 16, and can apply to attend the school of their choosing. During this application process, students must choose whether to enroll in a vocational track, which leads directly to employment after graduation, or an academic track, which prepares students to attend college. Admission into one track or another depends on students’ academic achievement in middle school.

Norwegian high school lasts between three to four years, but only 70 percent of students complete school within the first five years. This completion rate is even lower among vocational track students, among whom only 55 percent complete within five years. Among the participants in this study, vocational track students and students with lower GPAs were from the outset less likely to have a growth mindset than their peers in the academic track or with higher GPAs.

This study was conducted in spring 2016 and focused on first year high school students at a public school in rural Norway. 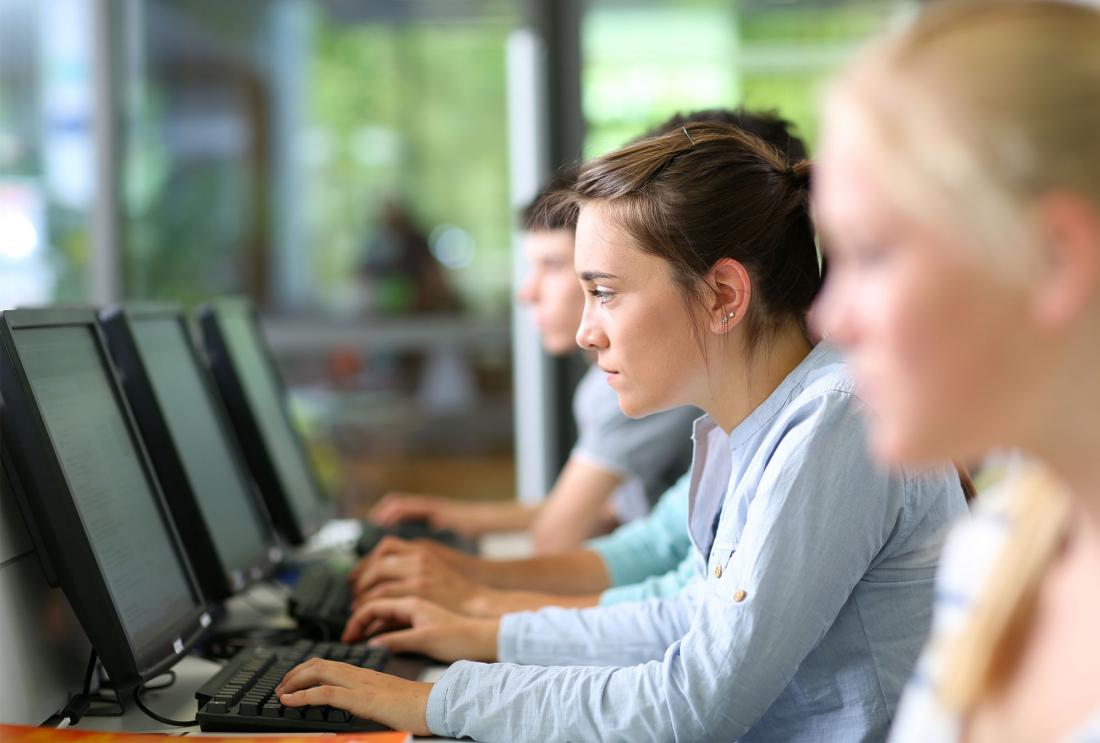 Researchers conducted a randomized evaluation to measure the impact of an online computer program designed to encourage a growth mindset on high school students’ non-cognitive skills and subsequent academic achievement. At a large public high school in Rogaland County, Norway, 385 first-year students were randomly assigned to either the treatment group, which received the growth mindset program, or to a comparison group which did not receive the intervention.

Both groups took part in two 45-minute sessions of a computer program during school hours, two weeks apart, which comprised online reading and writing exercises. Over the two sessions, students in the treatment group were given cognitive exercises and information highlighting the latest neuroscience research on the brain’s ability to grow and change, and the malleability of intelligence. Students in the comparison group also received exercises and information about the brain, but the content only focused on basic brain functions. During the second session, all students were asked to create their own math worksheet, choosing math questions of various difficulty levels, to work on during a final session.

Three weeks later, in the final session, students were administered two random questions from their own math worksheets, followed by a timed algebra quiz consisting of 34 multiple-choice questions. Algebra was not part of the curriculum at the time of the intervention and students were not informed that they would receive the algebra test in the final session so that they would not be able to prepare in advance. The questions were designed to be challenging, and many students were unable to answer all of them.

To measure the impact of the intervention on students’ mindsets, students were given survey questions during each session. Researchers also tracked and collected data on students’ interactions with the computer programs and subsequent tests to measure impacts on test scores and student effort.

Overall, students who received the growth mindset computer program were more likely to have a growth mindset, and subsequently exerted more academic effort and performed better. These impacts were largely driven by students with fixed mindsets or who were lower-achieving before the intervention.

Impact on mindset: Students in the treatment group were more likely to believe that intellectual ability is malleable. Relative to students in the comparison group who did not receive the growth mindset program, these students scored 0.55 standard deviations higher on an index measuring students’ growth mindset beliefs.

Impact on effort: Students in the treatment group were more likely to seek challenges, as measured by the number of “very hard” questions they chose for their math worksheets. These students’ challenge-seeking behavior increased by 0.29 standard deviations relative to comparison students.

Impact on test scores: Treatment students performed significantly better on the first ten questions of the algebra test administered in the last session, scoring 0.19 standard deviations higher than those in the comparison group. But most students did not complete all 34 questions, and there was no difference in performance overall among treatment and comparison students on the first twenty or all 34 questions.

Impact on lower-achieving students: These impacts on students’ effort and achievement were driven largely by significant improvements among students who initially had fixed mindsets. Treatment students with initially fixed mindsets improved their scores on the algebra test consistently across the first ten, twenty, and all 34 questions by 0.35, 0.34, and 0.29 standard deviations respectively, suggesting both improved achievement and persistence. Students in the vocational track and low GPAs similarly improved their test scores. However, students in the academic track and with higher GPAs showed no significant improvement.

These results suggest that students’ perseverance can be shaped by their beliefs in their ability to learn. Helping students change their mindsets about their own intellectual abilities could be a cost-effective way to improve student learning outcomes. However, this study focused on the short-time changes produced in students’ mindsets over a period of five weeks. Promising areas for future research include examining whether these changes can persist over a longer period of time and the potential impacts on later life outcomes.