Graduation rates remain low at many community colleges across the United States. At a community college in Fort Worth, Texas, researchers evaluated a comprehensive case management program called Stay the Course, which included mentoring and emergency financial assistance (EFA), and measured the impact of these services on students’ academic outcomes, including persistence in school, degree completion, credits earned, and cumulative GPA. They found that students who received a combination of case management and EFA services were significantly more likely to stay in school and to graduate, and that these effects were particularly pronounced for women.

Community colleges are seen as a low-cost and accessible way for many students to gain a higher education. In the United States, half of all students with a bachelor’s degree enter into higher education through community colleges. Several studies find a correlation between receiving an associate’s degree and higher earnings: one recent estimate suggests that community college graduates earn 30 percent more than students with just a high school degree. Despite the anticipated benefits, there is still a “completion crisis” at many community colleges across the country. Among students who first enrolled in community college in 2010, nearly 42 percent had not received a degree or were no longer enrolled in school six years later. One frequently cited explanation for these low completion rates is that community college students—who tend to be older, lower-income, and less experienced with higher education—might face an array of non-academic obstacles that prevent them from completing school. There is a need for more evidence on effective strategies to help students overcome non-academic obstacles that make staying in school and graduating difficult.

Tarrant County College (TCC) enrolls more than 50,000 students across five campuses in Fort Worth, Texas. The student body at TCC largely reflects the demographics of community college students nationwide, except that TCC enrolls a larger share of Hispanic and part-time students. Graduation rates are low at TCC: among students who first enrolled in 2011, only 14.8 percent earned a degree in four years.

The study focused on the Trinity River campus of TCC, which enrolls around 9,000 students and offers primarily Associate’s in Arts degrees. Students who were eligible to participate in the study had to be degree-seeking adults who had either recently enrolled at TCC or had at least a 2.0 GPA. Eligible participants also must have accumulated fewer than thirty credit hours at the study start, be enrolled in at least nine credit hours-worth of courses, and be Pell-grant eligible or at least 200 percent above the poverty line.

Compared to TCC students as a whole, study participants were on average more than two years younger, more likely to be female, and much more likely to be enrolled full-time and to receive Pell grants. These differences were largely a reflection of the specific eligibility requirements of the program. 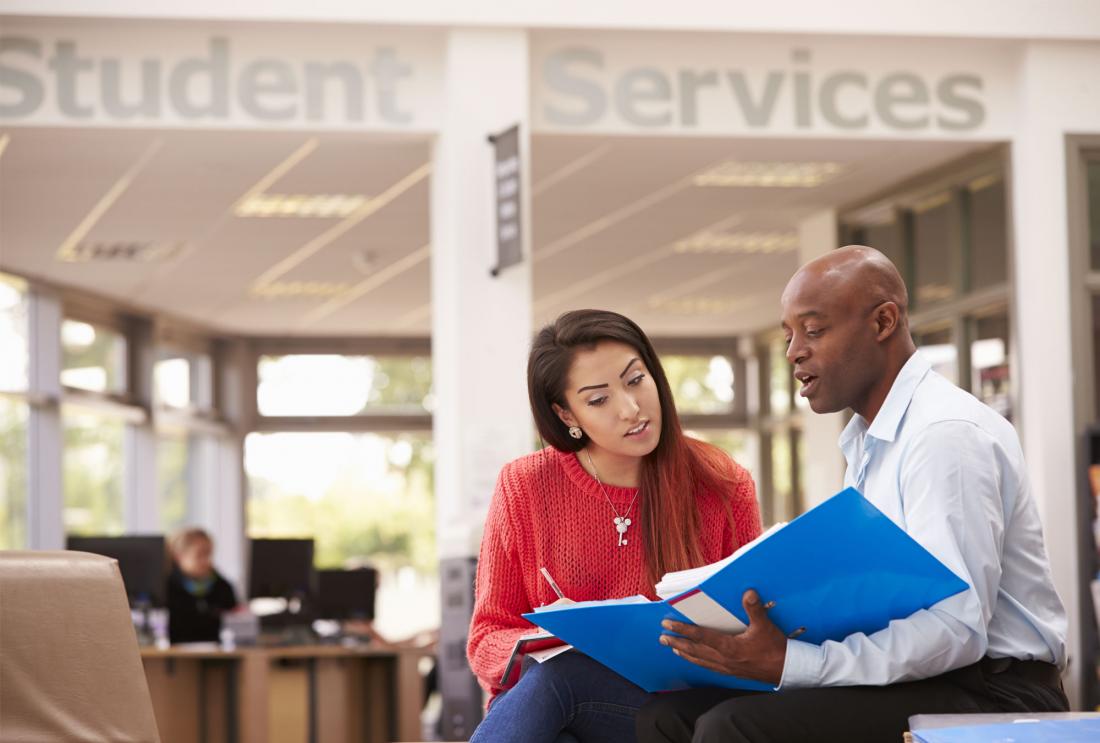 Researchers conducted a randomized evaluation to measure the impact of the comprehensive case management program Stay the Course (STC) on student’s academic outcomes, including persistence in school and degree completion. Catholic Charities Fort Worth, a nonprofit serving over 100,000 clients per year, implemented the Stay the Course program at the Trinity River campus.

The study participants consisted of 1,168 students who met the eligibility criteria and were enrolled at the Trinity River campus of TCC in the fall semester of 2013.

Students enrolled in the STC treatment group were assigned a trained case manager who worked with each student to develop a plan to achieve the student’s goals, including an analysis of likely barriers and each student’s strengths and weaknesses that may impact their goals. Students also received mentoring and coaching from their case manager and EFA of up to $500 per semester. Students in the EFA-only treatment group received EFA of up to $500 per semester (capped at $1,500 total over a three-year period) and had access to all existing college services but not the STC programming.

Six semesters after the program started, students enrolled in the STC program were significantly more likely to be still enrolled in school or to have graduated. Overall, students in the STC treatment group were 5.6 percentage points more likely to be enrolled in school from a baseline of 44 percent (a 12.7 percent increase). Those students within the STC treatment group who actually participated in the program were more than twice as likely to persist in school—an increase of 25.1 percentage points from a baseline of 23.8 percent (a 105 percent increase). It took time to see the program’s full effects; the STC program did not have a meaningful impact on persistence or degree completion until after six semesters.

These large impacts were largely driven by STC’s effect on female participants. Women in the STC treatment group were 7.4 percentage points more likely to remain enrolled after six semesters, and among women that actually took up the program, STC’s effects were drastic. The STC intervention tripled associate degree completion for these women, a 31 percentage point increase. There is little indication, however, that STC had a positive effect on male degree completion rates.

Likewise, outcomes for students enrolled in the EFA-only treatment arm were not significantly different from those of students in the control group. This indicates that financial assistance alone may not be sufficient to help low-income students persist in school.

Despite a relatively high per-student cost ($5,640 per participant for three years of enrollment), researchers project that the STC program may be cost-effective. Because not enough time has elapsed to measure the program’s actual impact on earnings, they use Census data on earnings to make back-of-the-envelope calculations. They project that treating each additional student could increase future annual earnings by $1,326 by increasing educational attainment, and the increased earnings could offset program costs within 4.25 years. As the study progresses, researchers plan to use linked administrative data to determine the actual impact of the program on students’ future earnings.