The lack of credible information on workers' skills at recruitment can create significant impediments to matching workers with certain skill profiles with employers requiring those skills, contributing to low wages and productivity. In Uganda, researchers conducted a randomized evaluation to test the impact of providing a soft skills certificate to both employers and job seekers during job interviews on matching in the labor market. The certificates caused workers to increase their expectations of finding the right job, while high-ability managers were more likely to have a positive assessment of workers’ skills. This increased pairings between higher skilled workers and higher ability managers and between workers with high values of specific skills and firms particularly in need of those skills, and it also led to higher earnings for workers, conditional on employment.

The lack of credible information on workers' skills can limit matching workers based on their skillset to a position’s needs, and hence reduce labor productivity and wages. Difficulties in screening workers can prevent firms from selecting the right employees, and difficulties in signaling job seeker skills to employers can impact the ability of workers to match with the right jobs or even affect workers’ decision to acquire more education or training.

There is little evidence on how lack of sharing of information on skills affects job matching in urban labor markets in low-income countries. What is the effect of providing employers and job seekers with credible information about job seekers’ skills on employment outcomes?

Uganda has one of the youngest populations in the world, as the population between 18 and 30 years represented 19.1 percent of the country’s population in 2019/2020.1 As job seekers look for the right job in a context of limited creation of productive and decent jobs,2  youth might face additional challenges in dealing with information problems given their lack of work experience. Similarly, small and medium enterprises (SMEs) might be particularly affected by lack of information sharing at recruitment given their limited access to screening technologies such as job platforms.

A survey administered to trainees enrolled at fifteen large vocational training institutes (VTIs) reported that over sixty percent planned not to be self-employed in their first job. Similarly, about sixty percent of trainees reported that the ideal firm size was twenty employees or less. Thus, the typical trainee will look for jobs in SMEs after training.

Therefore, the study focused on sharing information about job seekers’ soft skills, as firms are already able to screen on practical skills, and providing credible information on soft skills might address a key source of information problems. 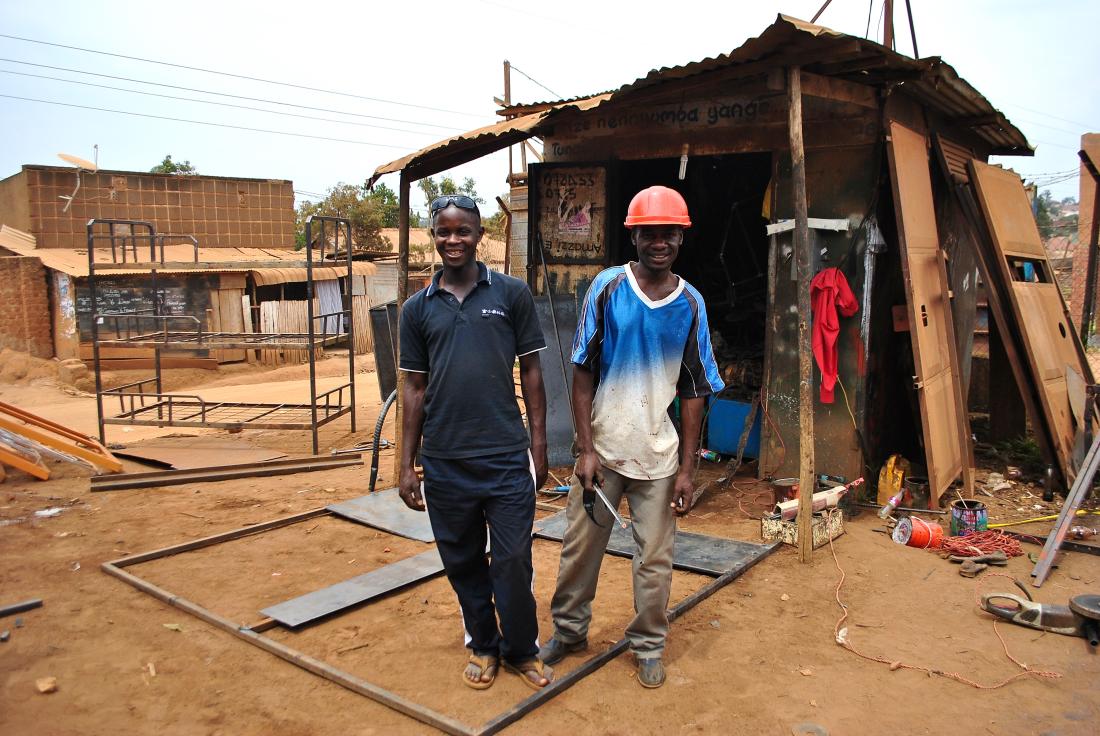 Researchers partnered with BRAC Uganda to evaluate the impact of providing credible information on soft skills to both employers and job seekers during the recruitment process on matching in the labor market.  Study participants were young workers out of vocational training and looking for jobs, and SMEs looking for workers.

Young workers were defined as all trainees enrolled at fifteen large and reputable partner VTIs and expected to graduate in time for the intervention. The study focused on young workers because they can be particularly affected by information frictions at recruitment given their lack of work experience. However, the study participants were substantially more educated and wealthier than the average Ugandan youth.

Firms were identified through a census of SMEs conducted in urban areas of Uganda. The study focused on SMEs as most workers are employed in SMEs and the selected business sectors. SMEs are an important source of employment for young workers in Uganda, as VTIs typically offer courses in them.

The 787 workers and 422 firms participating in the program were randomly assigned to an intervention and a comparison group.

In addition to adhering to appropriate privacy, confidentiality, risk management and informed consent protocols, since the intervention entailed revealing information to firms about trainees’ skills, it was made clear to trainees at the stage of signing up to the study that participation was voluntary and information on the skills of participants would be disclosed to potential employers. Possibly because of this, the trainees who decided to participate in the intervention were positively selected on soft skills, relative to the underlying population of eligible VTI graduates.

Only 42 percent of the scheduled interviews occurred mainly due to workers losing interest. The analysis focused on study participants that met, which made up 515 out of 1,230 scheduled interviews. The certificates were disclosed in all but two of the job interviews. Furthermore, the impacts were driven by the study participants that met, suggesting that workers learned about the importance of the certificates from the reaction they got from employers.

This evaluation has informed BRAC’s priorities with respect to the role of soft skills and certification in their training programs. In particular, BRAC has included soft skills as one of the core components of their Empowerment and Livelihood for Adolescent (ELA) programme and expanded the target group to include youth. This has been articulated in BRAC Africa Strategy where they have specified a three prone approach of ELA that includes soft-skills, vocational skills and education.