The Impact of Distributing School Uniforms on Children's Education in Kenya

Children in low- and middle-income countries face numerous barriers to accessing basic education. According to the World Bank, school fees (fees for books, materials and some exams) are among the major obstacles to universal primary education in low- and middle-income countries. Several countries in sub-Saharan Africa have taken strides towards meeting the Millennium Development Goal of universal primary education by 2015 by eliminating school fees, but other significant costs remain, including the cost of providing a school uniform for a child. Many governments and NGOs have sought to overcome this barrier by offering free or subsidized uniforms to particular students, often as part of a “child sponsorship” program. However, no prior studies have examined the impact of providing school uniforms on school participation and education outcomes.

In Kenya, students were required to pay school fees to attend school through 2002. In January 2003, a new government policy eliminated fees, which had amounted to approximately US$4 in the Busia area, and also provided basic textbooks. Students were, however, still required to purchase and wear uniforms, and historically, students who did not wear uniforms could be sent away from school at the discretion of the principal. School uniforms cost between US$4.33 and US$7.33 for girls and between US$5.40 and US$7.33 for boys. Amongst sampled primary schools in rural Busia, 78 percent of students were likely to be wearing uniforms, but only 5 percent to be wearing shoes. 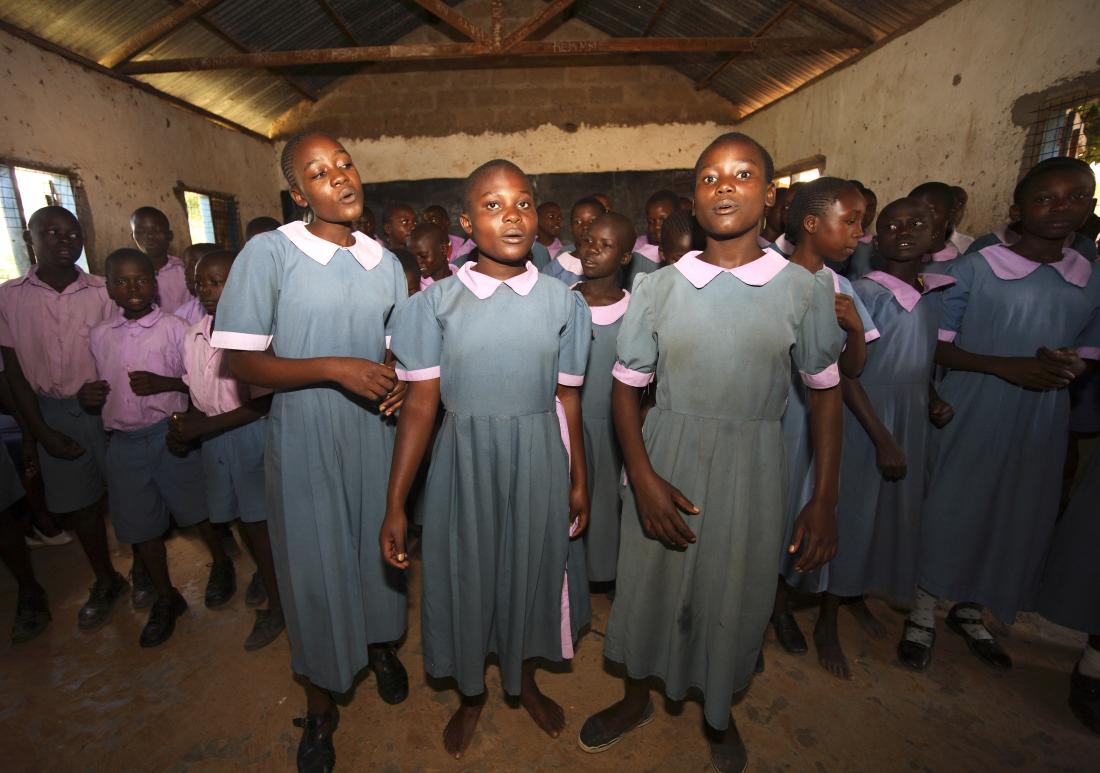 The NGO ICS-Africa operates a Child Sponsorship Program (CSP) in Western Kenya, in which children sponsored by donors in the Netherlands and elsewhere receive school fees and school uniforms. Some portion of the sponsorship fee paid by the donors is used to give general assistance to the school: grants for construction, health care programs, and agricultural programs. In 2002 ICS-Africa planned to phase CSP into several new schools and agreed to randomize the aspects of the program directed at individual children. ICS used a lottery to distribute some of the child sponsorships within each of twelve primary schools in western Kenya.

The Kenyan school year runs from January to December. In mid-January 2002, ICS organized a census of children in standards one through four (the first four years of primary school) of the twelve selected schools. Based on that census, ICS selected all children who had experienced one or both parent deaths (orphans) to receive sponsorships. It then used a lottery to randomly select the remaining beneficiaries, and studied the effects on this population.

Schools immediately received some basic benefits from being sponsored. A pair of ICS nurses visited each school several times a year and provided basic first aid to any child or local adult who requested it. An agricultural representative organized student clubs to grow crops on the school grounds. In fall 2002, each school received a sizeable grant for classroom construction, for desks, and for books. The only individual benefit that sponsored children received was a school uniform; in June 2002, uniforms were distributed to all sponsored children who were still in school.

An attendance dataset recorded pupil attendance at each of the twelve schools from 2002 through the end of 2004. Attendance was gathered as field officers made unannounced visits to each school multiple times each year and recorded whether each child was present. From these multiple visits, an annual child attendance average is collected.

Results indicate a strong positive impact of receiving a school uniform on student school participation. Giving a uniform reduces school absenteeism by 6.4 percentage points (43 percent) from a base of 15 percent school absenteeism. The effect is 3.4 percentage points larger for students who did not have a uniform at the baseline. This is a major reduction in absenteeism from a baseline school attendance level of 85 percent.

The average effect of the program is an increase in school participation of 0.064 years per treated child. The average cost of a school uniform is KES 436.86 (Kenyan shillings), approximately US$5.82. Thus, the cost of increasing school by one year is US$5.82 divided by 0.064, or US$90.94. While this is more than other interventions, such as deworming, which were tested in this area, it is still considerably less than the cost of many programs which give beneficiaries cash, rather than goods.