The Impact of Gender-Targeted Cash Transfers in North Macedonia

Most conditional cash transfer (CCT) programs target payments to women with the aim of empowering them and generating greater benefits for their children; however, there is limited evidence showing this is true. Researchers conducted a randomized evaluation to test the impact of targeting cash transfers to women on household spending and women’s empowerment. Targeting the cash transfer to mothers increased household spending on food. Women offered the transfers also had stronger measures of empowerment through increasing women’s control of household resources.

Many governments in low-income countries have turned to conditional cash transfer (CCT) programs to incentivize parents to invest in their children's education and wellbeing. Most CCT programs target payments to women with the aim of not only promoting gender equality and empowering women, but also generating greater benefits for their children. While previous studies123 on CCTs suggest that mothers and fathers do spend cash transfers differently, it is not clear how cash transfers change household spending decisions or whether they empower women. Moreover, empowerment is challenging to measure, which makes it difficult to have conclusive findings. Can targeting cash transfers to mothers, rather than (mostly male) heads of household, change how households spend the income and increase women’s empowerment?

The Republic of North Macedonia, a country of about two million people, gained independence from Yugoslavia in 1991.4 In response to social tensions, rising unemployment, and increasing poverty, the country began passing social reforms in the early 2000s.5 In the Fall of 2010, the North Macedonian Ministry of Labor and Social Policy (MLSP) implemented the Conditional Cash Transfer (CCT) for Secondary School Education program to increase secondary school enrollment and completion rates for children from the poorest households in the country. The CCT was offered to beneficiaries of the Social Financial Assistance (SFA) program, the largest income support program in the country, that provides financial support to households who remained below a given income threshold even after utilizing other social assistance. Overall, this nationwide program targeted 12,500 eligible households, who were recipients of SFA and had at least one child of secondary school age. Four times a year, the program gave each household 12,000 MKD (around US$250 at the time of the evaluation) per child, conditional on the child attending secondary school for at least 85 percent of the time. For context, this amount was roughly equivalent to 8 percent of household expenditure on all consumable items like food, clothing, education, and health, or 16 percent specifically on food.

Households participating in this evaluation, on average, comprised of around 5 members. Parent’s education levels were low: fathers had around eight years of schooling, compared to seven years of schooling for mothers. Most household (87 percent) were led by a male head. While generally mothers contributed 15 percent of total household income, many mothers (80 percent) did not contribute any income at all. Households allocated over half of their spending on food, mostly on starches, meat, fish, and dairy. 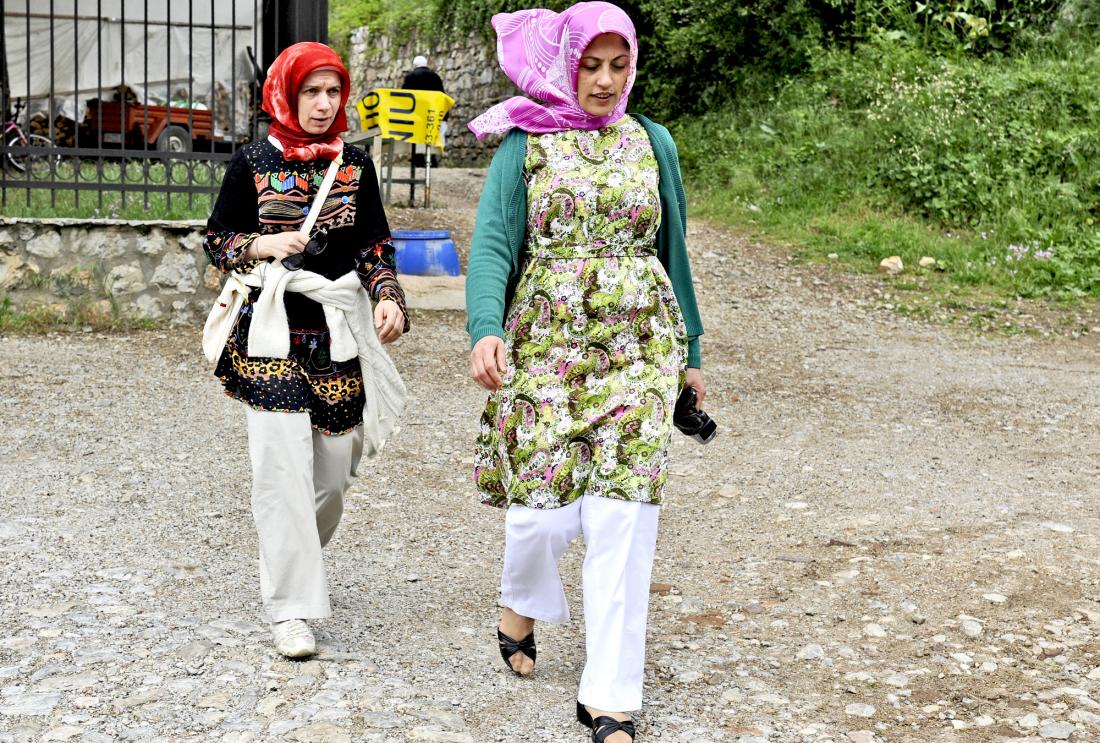 Researchers conducted a randomized evaluation to test the impact of targeting cash transfers to women on household spending. In half of the 84 municipalities in the Republic of North Macedonia, mothers received the CCT payments; in the other half, household heads (generally the father) received the transfer. To understand the impact of the transfer on household spending, researchers conducted household surveys in 2010, before the CCT became available, and in 2012, two years after the beginning of the program.

In 2014, researchers conducted an additional lab study to understand the impacts of the CCTs on women’s empowerment with 768 women, who lived in urban areas and participated in the original evaluation. Rather than traditional surveys, researchers utilized a novel approach to measure women’s empowerment that directly measured how much money women were willing to give up in order to have control over it. In the experiment, researchers offered participating women a series of choices between a certain amount of money transferred to their husband or a lower amount transferred to themselves. One of their selected options determined the actual payment at the end of the game. The amount offered ranged from 400 MKD (US$ 8.60) to 800 MKD (US$ 17.20), equivalent to 62 to 123 percent of average total daily household spending, which was 650 MKD (US$17). At the end of the lab study, researchers conducted an additional survey that included traditional survey measures of empowerment to compare results.

Researchers utilized the lab study to test their theory about whether CCTs impact women’s empowerment. They hypothesized that in households where the husband and wife are equally empowered, women would maximize the overall amount of the transfer, and therefore would not forego any amount in order to receive the funds themselves. However, if women are less empowered than their partner and have less control over household resources, women would be willing to forego some of the payment amount in order for it to be transferred directly to her. Therefore, the larger the amount she is willing to forego indicates lower household decision-making power.