The Impact of Information Campaigns on Voter Polarization in Turkey

Political polarization can undermine democratic institutions, while state censorship can
exacerbate this by swaying electoral support and consolidating power under an incumbent. However, the role of information availability in aiding or deterring polarization remains ambiguous. The researcher evaluated an opposition party’s door-to-door information campaign regarding increases in executive power or executive performance to determine the impact of widespread, non-state-authorized information on voter partisanship. In neighborhoods with majority opposition supporters, opposition increased; in neighborhoods with majority incumbent supporters, incumbent support increased. This suggests that information campaigns, despite their intention of combating censorship, can increase partisan polarization.

Democratic norms are deteriorating across the globe. Many authoritarian movements contributing to this erosion limit information dissemination as a tool for gaining or maintaining support from citizens. A logical strategy to combat government censorship might be to circulate more non-state-sponsored information. However, it is unclear if increased access to information will consolidate citizens’ policy preferences or contribute to partisan polarization, further undermining democracy. If most citizens trust or interpret the non-state information similarly, their policy preferences may align and political support for the state could weaken, but if some interpret the information or trust its source differently, policy and partisan segregation could increase. It is important to understand how voters react to receiving uniform, non-state-sponsored information and whether it affects state support in authoritarian environments.

At the time of the study, the Turkish government, led by the Justice and Development Party (AK Party), was actively repressing opposition parties and increasing media censorship. In July 2016, a coup was attempted and failed. Only five months after the coup, the government initiated a referendum that would decrease constraints on the executive branch through eighteen constitutional amendments. International independent agencies warned that this move would weaken checks and balances needed to avoid backsliding into authoritarianism.

In the months preceding the referendum vote, which took place in 2017, a political campaign team of the main opposition party introduced a door-to-door partisan information campaign. The campaign informed voters on reasons they should vote “No” on the upcoming referendum, for example by highlighting how the referendum would lower political accountability and increase executive powers. Party volunteers ran the campaign in neighborhoods of Izmir, a province where the opposition had long-standing electoral support. This allowed volunteers to quickly organize, train, and begin canvassing during a state of emergency. However, some neighborhoods primarily supported the current leadership. 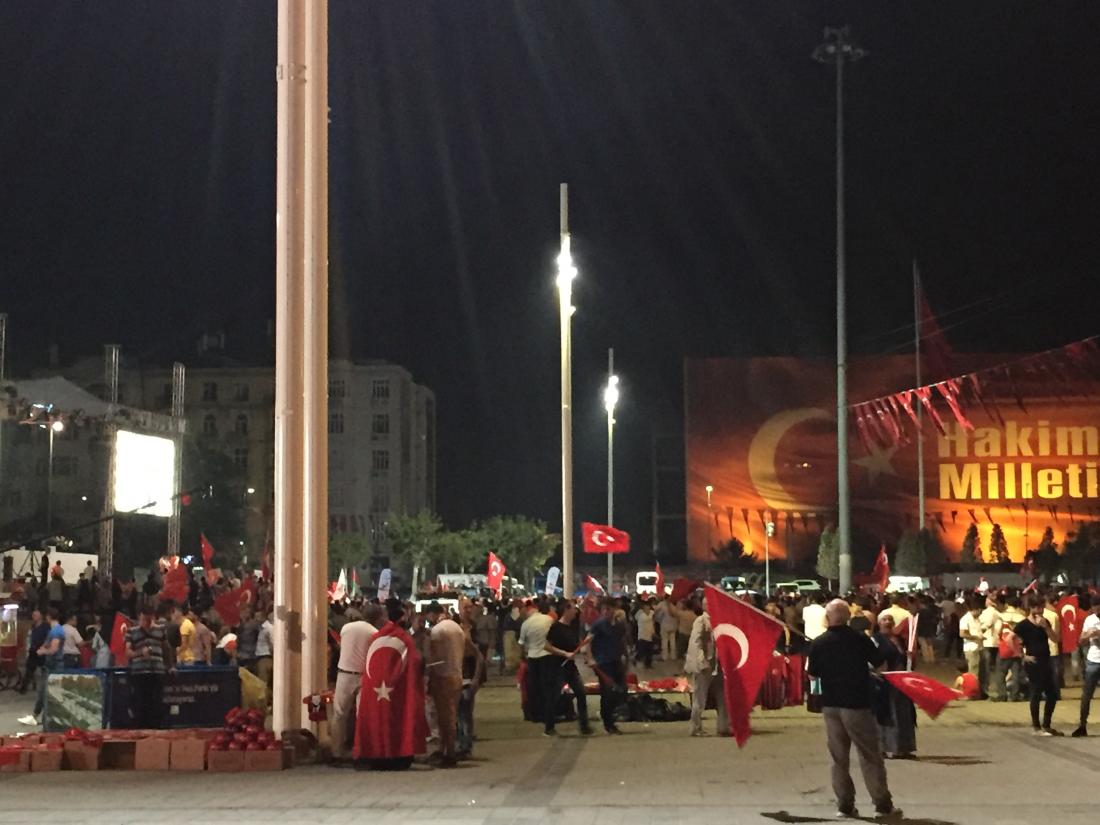 The researcher used a randomized evaluation to examine the impact of a partisan information campaign on voter choice during a referendum in Turkey.  Volunteer canvassers from the opposition party went door-to-door, delivering information verbally and in a pamphlet to all registered voters in randomly selected neighborhoods.

The researcher used results from the 2017 referendum vote, the 2018 presidential election, and the 2019 metropolitan mayoral elections in Izmir to test the persistence of the intervention on voting behavior and support for the incumbent or opposition parties.

In addition to receiving ethical review and approvals from an institutional review board, the researcher made efforts to address and account for ethical questions by ensuring all parties represented in the parliament had equal access to the researcher’s voter behavior analysis. Canvassers were not incentivized and joined only as volunteers with the opposition party accountable for any issues they faced. Finally, the researcher was evaluating an information campaign that would have taken place regardless of the research project and, therefore, had no control over its content or implementation.

Vote Share: In neighborhoods that initially had the highest levels of incumbent support, the “No” vote share decreased by 0.6 to 3.4 percentage points. In neighborhoods with greater support for the opposition, the “No” vote share increased by 0.8 to 1.2 percentage points. The information campaign had a negligible impact on voter turnout, meaning it is unlikely that the campaign's effect on voter share was driven by voter mobilization.

Persistence: The change in the share of voters that supported the opposition party in the 2018 general election was almost identical to the change in share of “No” votes in 2017. This suggests a strong persistence of the polarization effect. During the 2019 mayoral elections the polarization effects also persisted, but marginally dissipated. A smaller share of voters in opposition-leaning neighborhoods voted for the opposition mayoral candidates in 2019 as compared to the share of “No” voters in the 2017 referendum. The estimated increase in incumbent-leaning neighborhoods was not as accurately discernable.

Effect on vote shares were similar in neighborhoods that received either campaign during the 2018 general election. However, the neighborhoods that received the Checks and Balances Implications Campaign maintained larger vote share differences during the 2019 mayoral elections compared to the Past Policy Outcomes Campaign. This suggests that the Checks and Balances Information Campaign was the more persistent of the two campaigns.

These results suggest that information campaigns likely cause moderate voters to switch their vote choice to be more similar to their neighbors, and that this behavior persisted for at least two years. This result contradicts the idea that polarization is driven by voters self-selecting into different ideological sources of information. Instead, polarization can occur when voters interpret the same information differently. This finding helps us understand how dissemination of non-state-authorized information meant to combat censorship can also fuel voter polarization.