Impact of a Public School Lottery in the United States

In the United States, school choice programs, which offer students increased opportunities to attend public schools outside their neighborhoods, have become a popular strategy for trying to improve academic achievement. Researchers used a random lottery from oversubscribed schools to test the impact of a public school choice program on student outcomes in Mecklenburg County, North Carolina. Lottery winners experienced mixed results in terms of test scores, college enrollment, and degree completion depending on their race or gender. White, female lottery winners had higher test scores than white females who lost the lottery. However, black, Hispanic and multiracial male and female students and white male students did not experience gains in educational outcomes.

In the United States, school choice programs, which offer students increased opportunities to attend public schools outside their neighborhoods, have become a popular strategy for trying to improve academic achievement. If parents send their children to higher achieving schools, students could have access to more resources, accomplished peers, or programs that better suit their learning needs, which may lead to better education outcomes. Additionally, theory suggests that public school choice plans could put pressure on under-performing schools to improve to avoid losing students. However, the evidence to date on the impact of public school choice plans on academic outcomes and school quality is mixed1 . Does attending a first-choice school improve educational outcomes? What factors influence whether public school choice plans raise school participation, improve learning, or increase college enrollment?

Encompassing the inner city areas of Charlotte, North Carolina and its suburbs, the Charlotte-Mecklenburg Schools (CMS) are large and diverse. For over thirty years, CMS bused students across the district to achieve racial desegregation. In 2001, the U.S. Fourth Circuit Court of Appeals ordered the race-based busing plan to be dismantled at which point the CMS Board voted for an open enrollment school choice strategy for the 2002–2003 school year. Students were guaranteed admission to their neighborhood schools, but parents who wished to send their children to a different public school had to enter a lottery if the school was oversubscribed. Since not every student gained admission to their first choice school, the lottery created two randomly assigned groups of students: lottery winners (who attended their first choice school) and lottery losers.

While demographics varied by school level, the sample of high school lottery applicants were disproportionally low-income and African American compared to students who were not in the lottery. About 39 percent received free or reduced-price lunch. Applicants had lower test scores and higher absences on average than students not in the lottery. Overall, about 46 percent of lottery applicants gained admission to their first-choice high school. 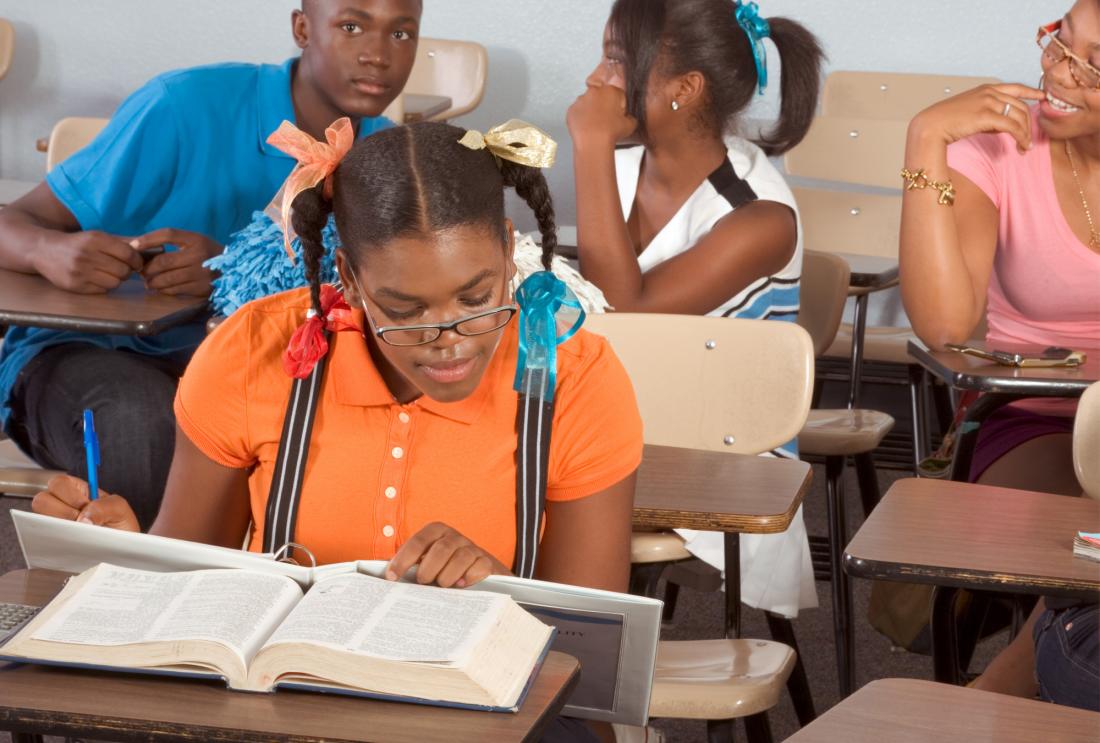 Students studying in a classroom.

In 2002, parents were required to submit their top three public school choices for each of their children. All children were guaranteed a place in their neighborhood school but admission at other schools was dependent on the capacity of each school. If slots were oversubscribed, admission was determined by a random lottery.

Researchers studied the impact of the 2002 lottery on three samples of students over various timelines:

Lottery winners experienced mixed results in terms of test scores, college enrollment, and degree completion depending on their gender and race. White, female lottery winners had higher test scores than white females who lost the lottery. However, black, Hispanic, and multiracial male and female students and white male students did not experience gains in educational outcomes.

Additionally, students with parents who placed greater weight on high-performing schools when selecting their top three choices saw increases in test scores of about 0.1 standard deviations.

Parents’ school preferences differed by race and socioeconomic status, and 20 percent of parents selected schools that had lower test scores than the neighborhood school. Black families placed greater weight on schools with more students of color (which on average tend to have lower test scores) and students saw declines in test scores. Results suggest that this is because parents of higher socioeconomic status were more likely to select strong performing schools. However, families of color had to choose between their preferences for higher-testing schools and schools with a majority of students of color which may have been interpreted as a better social match for their children.

College enrollment and degree completion: Students who won the lottery to attend their first-choice school were about 4 percentage points more likely to enroll and earn degrees from a selective four-year college compared to lottery losers. This translates to a 40 and 60 percent increase in college enrollment and degree completion respectively when compared to lottery losers. The impacts on enrollment and degree completion were driven almost entirely by female lottery winners, who were almost 17 percentage points more likely to attend a four-year college than female lottery losers. Girls were also 14 percentage points more likely to earn a degree from a four-year college while boys did not experience such gains. The finding on girls’ performance is in line with other studies, which also found greater impacts for girls.2 These studies found that girls may have better coping mechanisms, responses to stressful new environments, and exert greater effort than boys in academically challenging environments.

These findings suggest that such results are possible if students have access to higher-quality schools when selecting schools.

Overall, the public school choice plan at CMS primarily only had positive test score effects for white girls who gained admission to their first-choice school. However, gains in test scores seemed dependent on school preferences which differed by parents’ race and socioeconomic status. In those cases, the public school choice plan may widen rather than narrow the achievement gap.