Information and Social Interaction in Savings Decisions in the United States

For most U.S. families, employers’ pensions, rather than Social Security, are the main source of cash income during retirement. However, many of these pension plans are now reliant on voluntary employee enrollment. This evaluation studied the influence of information and social networks on university employees' decisions to enroll in a voluntary Tax Deferred Account (TDA) retirement plan in the United States. The results indicated that an individual’s decision to participate in the TDA is affected by small changes in their environment (i.e. in their social network), and not only by receiving increased information.

Elderly poverty in the United States decreased dramatically during the twentieth century; from 1960 to 1995, the official poverty rate of Americans aged 65 and above fell from 35 percent to 10 percent. Social Security is often credited as a partial contributor to the decline.1 Despite this, for most US families, employers' pensions and not Social Security are the main source of cash income during retirement, but many of these pension plans are now reliant on voluntary employee enrollment. Individual choice about how much and when to save provides flexibility and autonomy, but low levels of savings can lead to crises in elderly households and strains on the economic system which must support them.

Over the last 25 years, traditional pension plans with mandatory employee participation have been partly replaced by Tax Deferred Account (TDA) retirement plans such as 401(k)s, which require employees to choose whether to participate and how much to save. As a result, most US workers now have to make a decision about how much to save for their retirement, instead of being passive participants in their employer's pension plan. This makes it very important for individuals to understand how retirement savings decisions are made. Deciding how to save for retirement requires complicated calculations and knowledge about financial options. Thus, information about these calculations and rules, as well as about the financial decisions of others, should have a large impact on savings behavior. However, while 71 percent of Fortune 500 Companies systematically hold financial information sessions, the meetings are often poorly attended. 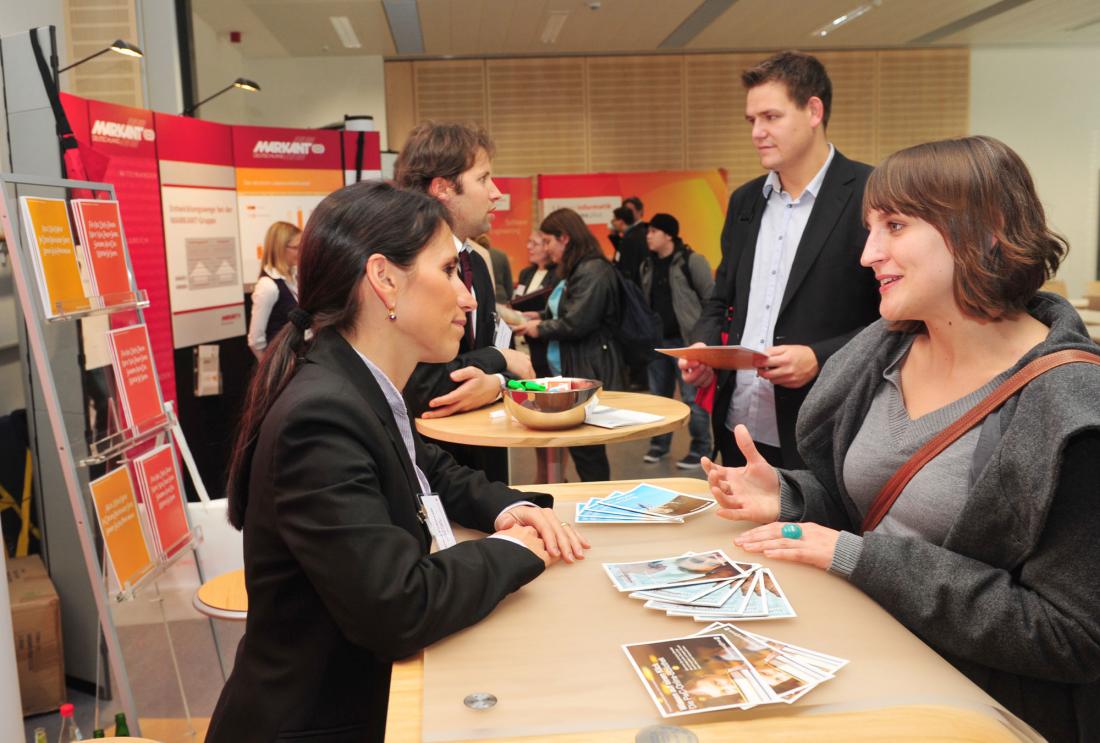 The university set up a benefits fair to disseminate information about retirement plans. Photo: rkl_foto | Shutterstock.com

This evaluation studies the influence of information and social networks on university employees' decisions to enroll in a voluntary TDA retirement plan. In an effort to increase TDA enrollment, this university set up a benefits fair to disseminate information about different benefits plans offered by the university.

Researchers offered a $20 reward for attending the fair to a random group of employees within a subset of randomly selected university departments. There were two distinct groups studied in the experiment: employees who received the letter promising the monetary reward for attending the fair, and employees in the same department as someone who received the letter, but who themselves did not. These two groups were compared to employees in departments where no one received the $20 reward offer. The study traced the reward's effects on recipients' fair attendance and TDA enrollment, as well as the social network's effects on fair attendance and TDA enrollment of non-recipients in the same department as reward recipients.

Direct vs. Indirect Effects: The direct effect is no larger than the indirect effect. In treated departments, those who received the letter and those who did not are about as likely to subsequently enroll in the TDA. This suggests that an individual' s decision to participate in the TDA is affected by small changes in their environment (i.e. in their social network), and not only by the information content of the fair.

Cost-Effectiveness: Assuming that those employees who enrolled in the TDA as a result of this program contributed about US$3,500 per year (the average contribution of newly enrolled employees), the extra TDA savings generated by this program is about $175,000 per year. The extra savings obtained is therefore very large relative to the inducement cost (about $12,000). However, these effects remain very small compared to the changes in enrollment which can be effected by altering default enrollment rules.

Duflo, Esther, and Emmanuel Saez. 2003. "The Role of Information and Social Interactions in Retirement Plan Decisions: Evidence from a Randomized Experiment." The Quarterly Journal of Economics 118(3): 815-42.