It can be difficult for young job seekers from around the world to find appropriate work, and for firms to identify and attract workers who meet their needs. Policies to combat youth unemployment and help youth find work tend to have limited success. Researchers conducted a randomized evaluation of job fairs in Addis Ababa, Ethiopia, to test the effect of face-to-face interactions between formal firms and job seekers on workers’ chances of getting a job. They found that the fairs succeeded in generating interactions between job seekers and firms, but this resulted in few vacancies being filled; 45 job seekers were offered positions, while only 14 workers were hired. Researchers believe that mismatched expectations on workers’ levels of experience and unrealistic wages prevented the job fairs from effectively linking workers to job vacancies at large firms.

Youth unemployment is a pressing challenge in many countries, but impact evaluations of policies designed to help youth find work have generally found limited success. One likely reason is that it can be difficult for job seekers to find appropriate work, and for firms to identify and attract job seekers who meet their needs. Job seekers may face financial constraints that prevent them from investing in a productive job search, and they may also have unrealistic expectations about their job prospects. On the other hand, it may be burdensome for firms to invest in reviewing applications or interviewing young workers. Firms may also be pessimistic about the employability—including education, skills, and experience—of young people. Job fairs, by simultaneously addressing the obstacles facing both job seekers and firms, may be an effective policy strategy to reduce search efforts. Although job fairs are common throughout much of the developed world, there is little rigorous evidence on their effectiveness in reducing unemployment and hiring constraints for firms.

This evaluation took place in Addis Ababa, Ethiopia, a large and growing city with high rates of youth unemployment, partly resulting from poor matches between firms and suitable workers. In 2018, Ethiopia’s youth unemployment rate was 2.8 percent, but in recent years, Addis Ababa has experienced a large increase in the number of available jobs, coupled with high migration flows into and out of the city, making it difficult for firms and workers to accurately predict the range of wage and employment options available.1 Additionally, firm recruitment costs are high, as they must pay a substantial fee to advertise openings on the job vacancy boards in the city center—one of the main job advertising tools in Addis Ababa. Similarly, workers face high job search costs arising from transport costs associated with traveling to and from these job boards. 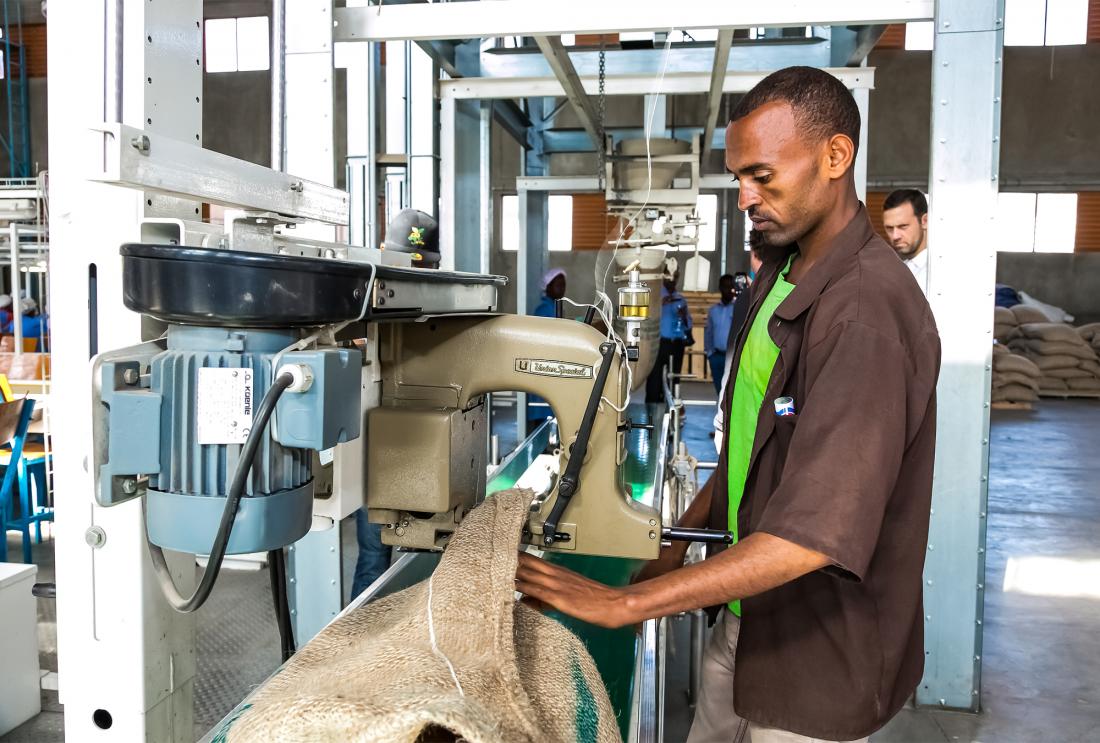 Researchers conducted a randomized evaluation of job fairs in an urban labor market to test the effect of face-to-face interactions between formal firms and job seekers on employment and hiring outcomes. Researchers identified 1,829 job seekers in Addis Ababa between the ages of 18 and 29 who had at least a high school education and were available to begin a new job in the next three months. They also identified 498 large firms in the city, including firms from all major sectors of the economy, to participate in the evaluation. Researchers randomly assigned 1,006 job seekers and 248 firms to receive invitations to two job fairs, with the remaining participants serving as the comparison group.

The job fairs were held over two weekends at the Addis Ababa University campus, a well-known and central location. Invitations specified which day (Saturday or Sunday) each worker and firm should participate to ensure that job seekers and firms did not interact with the same individuals at each fair.

At both fairs, researchers provided job seekers with a list of the firms in attendance and a curated list of recommended firms with whom they should meet. The recommendations were generated by a matching algorithm that suggested firms based on characteristics such as whether a firm’s vacancy matched one of the job seeker’s previous positions, the job seeker’s education level, and the job seeker’s years of formal employment.

At the second job fair, researchers also provided job seekers with a list of all vacancies reported by firms attending the fair. In addition, researchers gave firms a list of all invited job seekers with information about their education and prior work experience. Firms were then asked to indicate up to 10 workers they were interested in meeting, and the lists were posted on a board at the fair.

Researchers conducted face-to-face and phone surveys of participants before the first job fair and again about four months after the second job fair. They collected information on participants’ socio-demographic characteristics, education levels, work histories, expectations and attitudes toward job searching, and social networks. Also, prior to the job fairs, researchers called participating firms to gauge their interest and needs (e.g. type of jobs available and type of worker(s) needed).

Researchers found that the job fairs succeeded in generating interactions between job seekers and firms, but this resulted in few vacancies being filled; at the end of the evaluation, 45 of the 1,006 job seekers were offered jobs and 14 workers were hired. Firms and job seekers seemed to have mismatched expectations that complicated their willingness to make or accept offers.

Job fair participation: Of the 1,006 job seekers invited to the fairs, 606 attended at least one fair, a 60 percent take-up rate. Those who attended the fairs were more active and organized in their job search efforts. Similarly, 68.5 percent of firms attended at least one job fair, a total of 170 firms. Firms that did not attend reported that they did not have vacancies to fill at the time, had prior commitments, or would not find the fairs useful.

Firm-worker interactions: The job fairs generated a rich set of interactions between firms and workers; approximately 75 percent of workers who attended the fairs had at least one meeting or interview with a firm recruiter. Despite the high number of interactions between workers and firms, they had no impact on job seekers’ employment outcomes. In total, the two job fairs generated 76 job offers, of which only 14 were accepted. Firms made more offers to low-skilled workers (those with no post-secondary education); 55 offers were made for low-skilled positions, eight of which were accepted.

Firms may have overestimated how easily they would be able to find and identify experienced, well-educated workers at the job fairs. Participating firms reported that a lack of experience among workers was a key constraint for them in not making more offers for high-skilled jobs. Similarly, job seekers may have underestimated the level of experience required for the higher-paid positions.

Labor market expectations and job search behavior: Participation in the job fairs did change firms’ and workers’ expectations about the labor market. About four months after the job fairs, firms increased their use of job vacancy boards by almost 10 percentage points (a 29 percent increase relative to the comparison group). Workers, too, were more likely to visit job boards during the two weeks following each job fair. Workers also updated their beliefs about the wage they should expect. These effects were driven by low-skilled workers, who reduced their expected wages by about nine percent and visited the job boards four more times, relative to low-skilled workers who were not invited to the job fairs (who made about eleven visits to the boards in the four months after the fairs).

Taken together, these results suggest that mismatched expectations among both job seekers and firms can impede the effectiveness of policies that aim to match workers to jobs.