In urban areas of developing countries, a large fraction of the workforce is engaged in entrepreneurship, yet many small businesses generate low profits and have few or no employees. Researchers conducted a randomized evaluation to test the impact of two different types of business training—formal business classes and mentorship from a successful entrepreneur in the same industry—on female entrepreneurs’ profits and use of new business practices in Kenya. They found that inexperienced female microenterprise owners benefited from mentorship, leading to increased short-term profits, though these effects faded after mentorship ended. Meanwhile, despite observing changes in business practices, they found that the traditional classroom training had no effect on profits.

In urban areas of developing countries, a large fraction of the workforce is engaged in entrepreneurship, but many of these very small businesses generate low profits and have few or no employees. Understanding why these businesses remain small is key for designing effective policies to improve the welfare of poor, urban dwellers. One common theory is that microenterprise owners lack the skills to start and run businesses, which limits their profitability and growth. If this is true, business training classes offer an appealing solution: a well-designed business training curriculum may increase business profits and may be scalable and easily transferrable across contexts. However, while governments and international organizations have spent billions of dollars on business skills training programs that teach standard practices like bookkeeping, marketing, and managing costs, these programs tend to have little effect on profits, despite the fact that they are often successful at encouraging the use of business best practices.1 Instead, can providing localized, market-specific information through one-on-one mentorship improve microentrepreneurs’ profits?

In developing countries, small businesses face numerous challenges that are continually evolving over time. While within a larger firm, lower level workers can seek help from managers when they lack the knowledge to solve a problem, often in a microenterprise, no manager exists.

In Dandora—a densely populated urban slum to the northeast of Nairobi, Kenya—finding employment opportunities can be challenging. As a result, many poor urban dwellers turn to entrepreneurship to make a living. To build the skillsets of small business owners in this setting, researchers invited entrepreneurs under 40 years old who had been running a business for less than five years to participate in either a formal business skills training class or one-on-one mentoring. The average business that participated earned a profit of KES 15,084 (US$145) in the month prior to the program, and, like many microentrepreneurs, participating business owners faced key problems that they were unable to solve on their own, such as lack of funds, the inability to find inventory or supplies, and customers who did not pay. 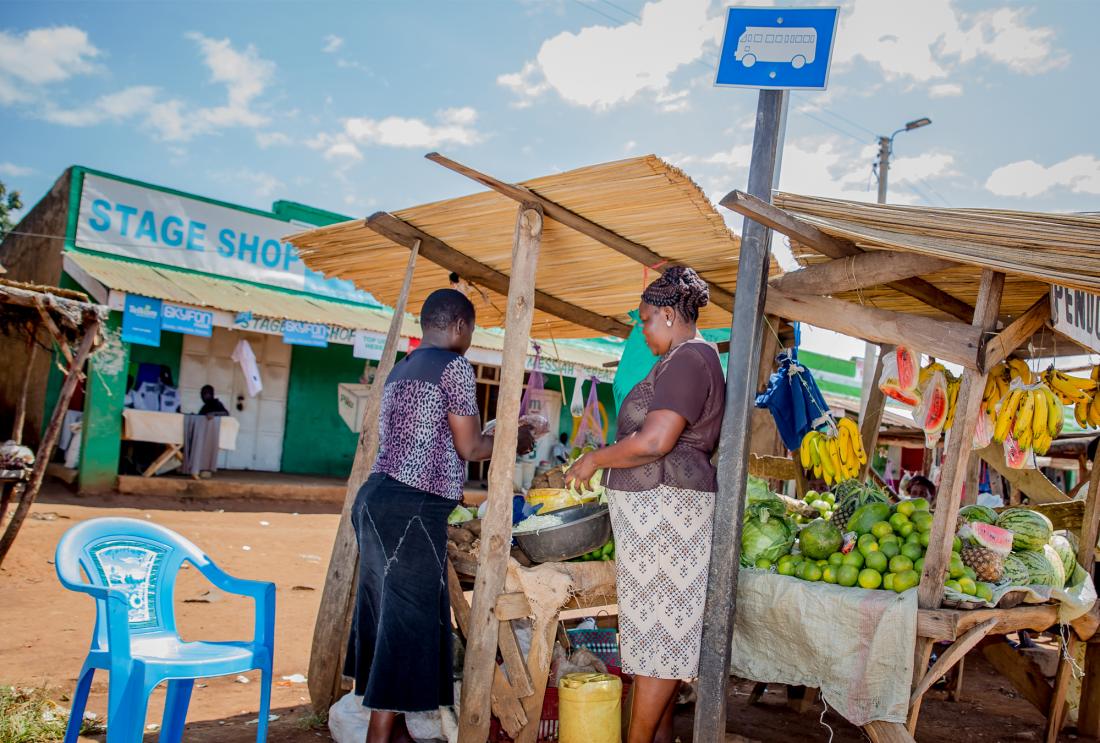 Researchers conducted an evaluation to test the impact of two different types of business trainings—formal business classes and mentorship from a successful entrepreneur—on business profits and use of new business skills. The two programs allowed researchers to compare the effects of providing more abstract information on general practices and more concrete, localized, and specific knowledge on changes in business practices and, subsequently, profits. To do so, they randomly assigned 372 young and inexperienced female microentrepreneurs into one of three groups:

All 372 participants received a cash payment of KES 4,800 (US$48) to encourage participation throughout the study, which is equal to approximately two weeks of average profit. Researchers conducted seven follow-up phone surveys up to seventeen months after the end of the program to collect data on profits, business practices, and mentor relationships.

Researchers found that both the classroom training and mentorship led to changes in the use of business practices, but only mentorship increased average firm profits, while in-class training had no effect. Entrepreneurs faced an evolving set of challenges that their mentors helped them to solve, leading to short-run improvements in profits and skills that faded as mentor-mentee matches dissolved. This suggests that missing information is a salient barrier to profitability, but that the type of information matters—access to localized, specific knowledge from mentors increased profits while abstract, general information from the class did not.

Specialized flow of information: Mentorship increased profits for young microenterpreneurs. Over the seventeen months following the program, mentees reported weekly profits 20 percent higher than entrepreneurs in the comparison group. Mentees adopted business practices specific to their industry and local community that led to increased profits, like reducing their supply and input costs rather than increasing their revenue. However, this effect faded over time as mentor-mentee matches dissolved, but persisted among mentees who continued to meet with their mentors after 12 months of the program.

While the topics discussed with mentors affected mentees’ abilities to mitigate and solve current problems, they provided less help in addressing future and previously unencountered problems. For example, out of ten discussion topics measured, 60 percent of mentors and mentees consistently discussed the top three cited problems (lack of funds, the inability to find inventory or supplies, and customers that do not pay), but for pairs still meeting 12 months after the start of the program, 50 percent had covered half of the ten topics, and 20 percent had discussed all ten problems. This suggests that the changes in profits were driven by the consistent flow of information from mentor to mentee to address problems as they arose and not by permanent changes to business practices or skills to address future, unknown problems.

Conversely, formal business training generated almost no change in profits relative to the comparison group, though there were short-run changes in the use of new business practices.Specifically, 86 percent of entrepreneurs who received the classroom training kept formal records (an increase of 19 percent relative to the comparison group), but this effect disappeared four months after the training, suggesting that in-class training changed short-term behaviors without changing business outcomes.

Change in inventory and suppliers: Microentrepreneurs reduced their costs by switching their suppliers, which led to an increase in profitability per unit of inventory sold. Mentees were 18.7 percentage points (30 percent) more likely to switch their suppliers than the comparison group, whereas there was no effect on entrepreneurs who attended the classroom training. Researchers found little evidence of changes in other business practices, like customer relations, marketing, and production quality.

1.
McKenzie, David, and Christopher Woodruff. 2014. “What Are We Learning from Business Training and Entrepreneurship Evaluations Around the Developing World?” The World Bank Research Observer 29(1): 48–82. DOI: 10.1093/wbro/lkt007