Nudging Farmers to Use Fertilizer: Experimental Evidence from Kenya

By some estimates, there are approximately 1.4 billion people living on less than $1.25 a day,1 many of whom are farmers. As such, identifying ways to increase agricultural incomes is crucial in alleviating poverty. Such strategies are especially important in sub-Saharan Africa, a region in which agricultural yields have been low and remained stagnant for many years. Use of inorganic fertilizer has the potential to dramatically increase yields and, if used correctly, is a highly profitable investment. Why do so few farmers in sub-Saharan Africa use fertilizer—is it lack of information about its profitability, lack of money to purchase the product, or an inability to save for the purchase?

An estimated 66 percent of the population of Kenya’s Western Province lives below the poverty line2 where the majority of small farmers grow maize as their staple crop. Improving agricultural productivity through increased use of inorganic fertilizers could have substantial benefits for the livelihoods of these subsistence farmers. Numerous agricultural trials on experimental farms, as well as experiments where farmers were given full fertilizer, showed that adding fertilizer once the plants had sprouted (as top dressing) generated a 70 percent annualized return in Western Province. However, only 43 percent of sampled farmers in the Busia district report ever having used fertilizer. The overall goal of this research program is to understand why farmers do not invest in fertilizer. This part of the project investigates whether difficulty in saving harvest income until the time that inputs are needed is a significant barrier to adoption. 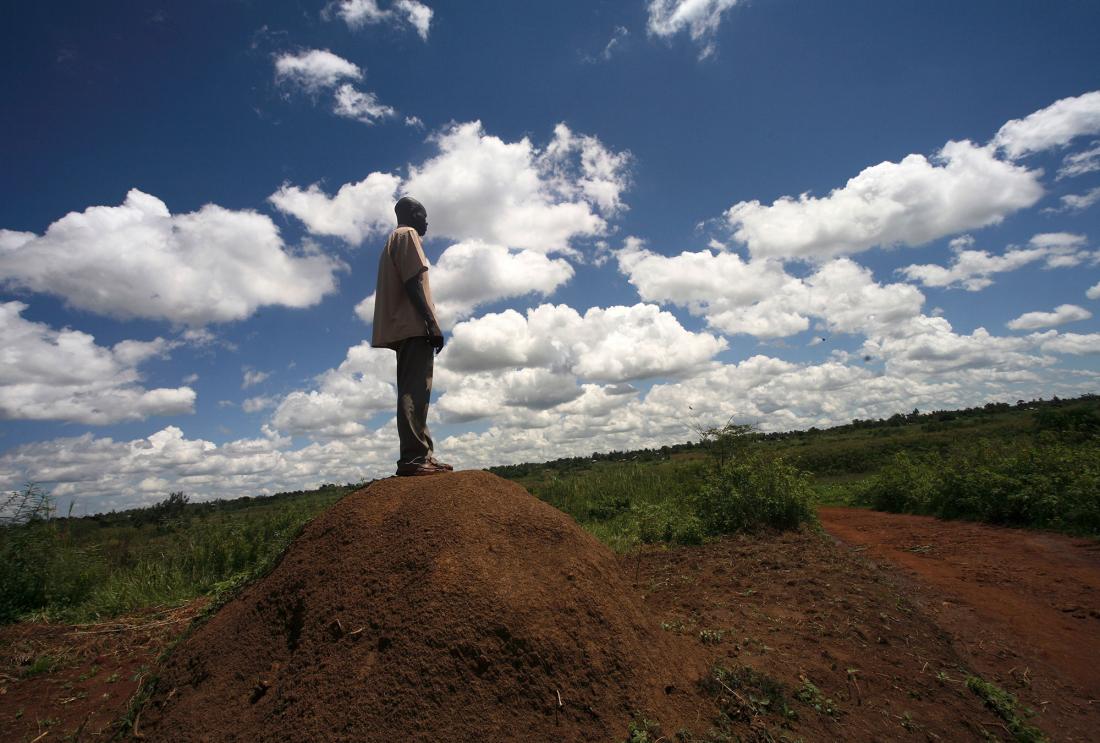 A man is looking out over the land in Kenya.
Aude Guerrucci

In collaboration with the NGO International Child Support (ICS), researchers designed an intervention to test if providing mechanisms to save harvest income for future fertilizer purchase could be effective in increasing usage. The intervention was called the Savings and Fertilizer Initiative (SAFI). The design of the experiment allowed researchers to test the impact of the SAFI program against various other strategies to improve usage, in particular fertilizer subsidies.

The following interventions were tested over two seasons among a sample of farmers:

Consistent with a savings problem, enrollment in the SAFI program did not cause farmers to use fertilizer in subsequent seasons (as would be predicted if farmers were learning about fertilizer through the program). This suggests that it was the lack of commitment mechanism that was preventing farmers from purchasing and using fertilizer.

Overall, the results suggest that offering farmers small, time-limited discounts on fertilizer may substantially increase usage without inducing overuse among farmers who are already using fertilizer, at relatively low cost.

6 result(s)
Nudging grows up (and now has a government job)
Video: Dean Karlan on commitment savings
Getting Organized for Progress in Agriculture
The Pragmatic Rebels
How to Combat the Natural Tendency to Procrastinate
Initiative Targets Poor Farmers in Africa