Businesses may be slow to adopt a new technology even when it offers clear benefits. Researchers introduced a new fabric cutting technology to a randomly selected group of soccer ball manufacturers in Pakistan, but very few firms adopted it. They hypothesized that the most likely explanation for low adoption was a conflict of interest between firm owners and employees. When employees were given an incentive payment to demonstrate competence in the new technology, adoption increased, consistent with the idea that the conflict of interest within the firm was a primary barrier to adoption.

Technology adoption is a key component of economic development and growth, but the diffusion of many technologies is slow. Common theories for slow adoption include a lack of awareness about a new technology and its benefits or the idea that adoption may be unprofitable in the short-term as workers learn how to use it proficiently. Empirical evidence about the relevance of these theories is thin, particularly for manufacturing firms. It is rare to be able to observe firms’ technology use directly, and rarer still to have direct measures of the costs and benefits of adoption, or of what information firms have about a given technology. In this study, researchers were able to observe and measure these components of adoption by introducing a new technology to a randomly assigned group of soccer-ball producers in Pakistan.

The Sialkot soccer-ball production cluster in Pakistan produces 30 million hand-stitched soccer balls per year, including for the largest global brands. The firms of the cluster employ approximately 12,000 workers, and the additional outsourced employment of stitchers in stitching centers and households is estimated to be more than twice that number. The majority of firms in the cluster pay their employees on a pure piece rate, i.e. the pay of employee depends entirely on how many pieces that employee produces. Monthly incomes for cutters in firms in the cluster are approximately US$150. This setting has great advantages for understanding the technology adoption process: the industry is populated by a substantial number of firms (132) producing a relatively standardized product, using largely the same production process. The new technology researchers introduced allowed more soccer balls to be cut from a rectangular sheet of raw material, reducing total costs by about 1 percent. While modest, these savings are meaningful given that these firms have a mean profit margin of 8 percent. 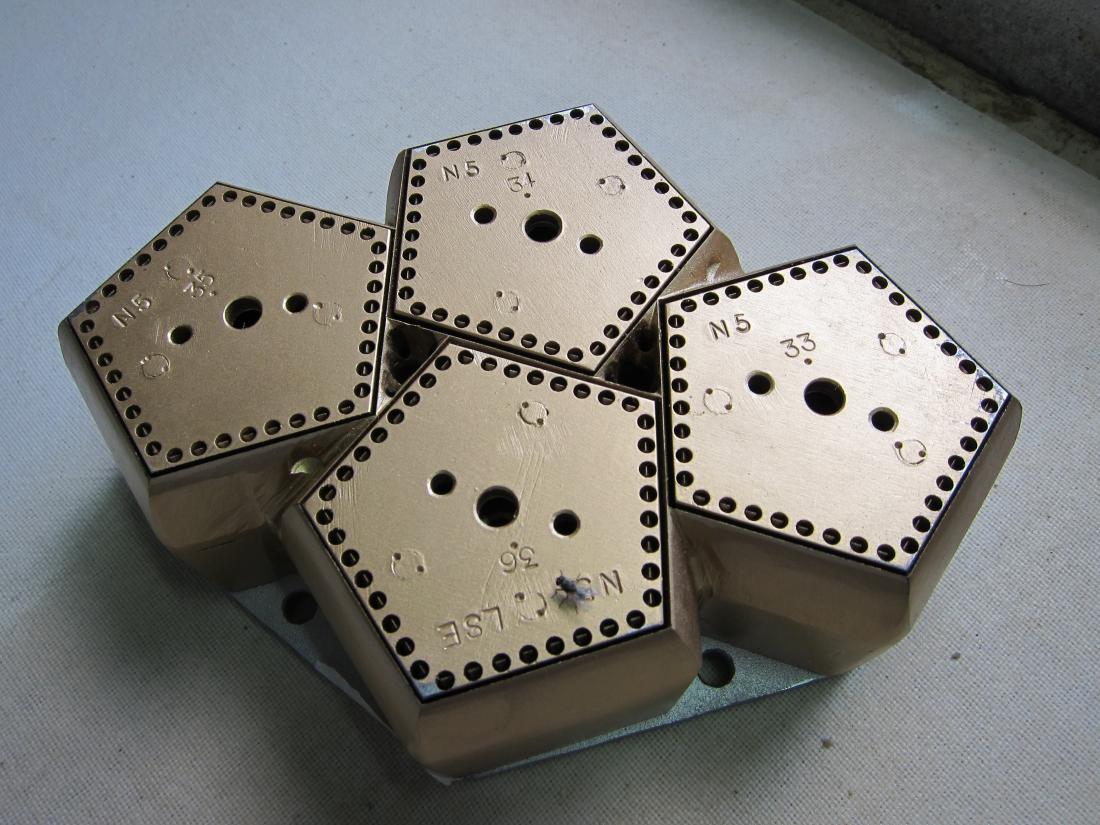 The four-panel offset die that was provided to Tech-Drop firms.

Researchers conducted two randomized evaluations to measure and understand the barriers to take-up of the new fabric-cutting technology among soccer-ball producers in Sialkot. In the first evaluation, researchers randomly assigned the sample of 132 firms to three groups:

Researchers decided to conduct a second randomized evaluation to better understand firms’ barriers to adoption and whether this potential conflict of interest between employees and firm owners was an important factor. Of the 31 firms that received the new technology and were still in business, 15 were randomly assigned to the treatment group and 16 to the comparison group. Firms in the comparison group were reminded of the new technology and offered a new demonstration. In the treatment group, researchers reminded firm owners of the new technology and explained why employees may be slowing its adoption. Additionally, to adjust employees’ incentives, they offered to pay a lump-sum bonus to one employee in each production stage if he could show competence in the new technology to the owner in one month. The bonus was equivalent to one month’s wage—PKR12,000 or 15,000 (US$120 or 150 at the time)—depending on the task of the employee.

Researchers found lower than expected adoption of the new fabric cutting technology despite its observed benefits in terms of cutting production costs, with only 6 of the 132 soccer ball manufacturers adopting it. They find suggestive evidence that the low adoption rate could be partially explained by employees being paid by piece-rate, which means that employees bear the costs of transitioning to the new technology.

In the second evaluation, eight of the thirteen treatment firms accepted researchers’ offer for help in aligning employee and firm owner incentives, and five adopted the new technology within six months. In contrast, none of the thirteen firms in the comparison group, which were only given a reminder about the technology, adopted it in the next six months. Although the sample size was small, the positive effect on adoption is statistically significant, with the probability of adoption increasing by 27–32 percentage points from a baseline adoption rate of 13 percent.

The fact that a small payment had a significant effect on adoption suggests that the misalignment of incentives was indeed an important barrier to adoption in this setting. The researchers conclude that the increase in adoption was related to correcting these misaligned incentives and not simply a result of the incentive payment subsidizing the fixed costs of adoption. This conclusion followed because the small size of incentive payment relative to the costs of adoption does not plausibly explain the large magnitude of the increase in adoption that researchers observed. Researchers also investigated whether employee or managerial ability, size of firm or output quality might slow adoption, but none of these factors revealed any structural relationship with technology adoption.

This study suggests that adoption of a new technology in manufacturing can be slow when only firm owners, and not their employees, have incentives to take it up and that better aligning these incentives within firms can potentially help increase technology adoption.