Preventing HIV and Teen Pregnancy in Kenya: The Roles of Teacher Training and Education Subsidies

As of 2016, around 170,000 young people in sub-Saharan Africa become infected with HIV each year, and almost all of these cases are due to unprotected sex. Researchers compared the impact of two alternative programs, one that trained teachers how to teach the existing, abstinence-focused HIV prevention curriculum and another that subsidized education through the provision of free uniforms, on risky sexual behavior of adolescent students in upper primary school. Training teachers greatly increased teaching of the curriculum but had no effect on sexually transmitted infections (STIs) or teen pregnancy. Girls who received free school uniforms were less likely to get married, become pregnant, or drop out of school, but they were equally likely to contract an STI. The two programs combined did not reduce teen childbearing but led to a significant reduction in the risk of herpes among girls.

The vast majority of HIV cases occur in sub-Saharan Africa where, in 2003, nearly 3.2 million people became infected with HIV/AIDS.1 Over one quarter of these new HIV infections are among people under 25, and almost all are due to unprotected sex. AIDS is incurable and no successful AIDS vaccine has been developed. Ensuring the adoption of safer sexual behavior among youth is critical to preventing the transmission of this disease. However, there is surprisingly little evidence concerning the relative effectiveness of different programs to reduce risky sexual behavior.

Kenya has the 8th largest HIV infected population in the world with 6 percent of adult Kenyans infected.2 Children are seen as a “window of hope” in the fight against AIDS, because their sexual patterns are not firmly established. In an effort to prevent HIV infections in new generations, in the late 1990s UNICEF and the Kenya Institute of Education jointly developed an AIDS education curriculum, including student and teacher handbooks. 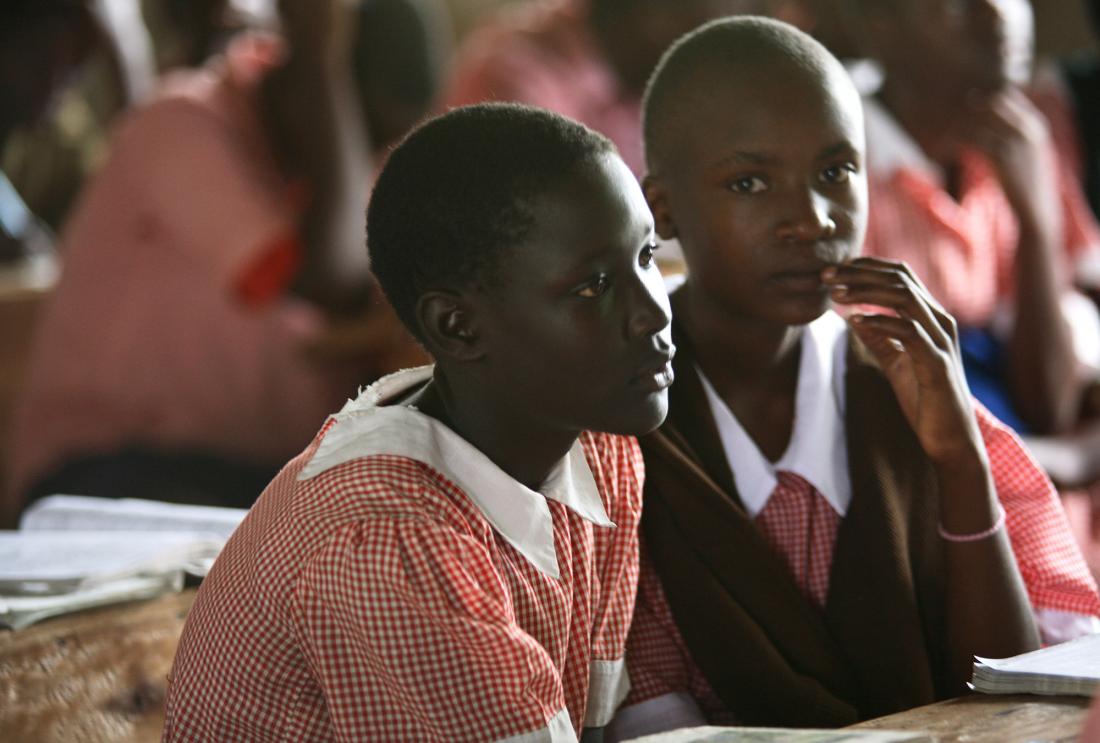 This evaluation tested two programs to reduce risky sexual behavior: training teachers on the existing HIV curriculum and reducing the costs of schooling by providing free uniforms, as well as an add-on component to the former where teachers fostered discussion on condom use, which was not part of the existing curriculum. From a total sample of 328 study schools, researchers randomly assigned 246 schools to one of three interventions, with the remaining 82 schools serving as a comparison group.

Teacher Training Only: Three teachers from each school were trained on HIV/AIDS and on how to teach the HIV curriculum. The curriculum covers facts about the disease, and encourages abstinence until marriage and faithfulness afterwards. It also teaches life skills, such as how to say “no” to unwanted or unsafe sexual relations.

Joint Program: Schools received both elements of the other two interventions. Teachers were trained in HIV curriculum and students received free uniforms.

To evaluate the impact of the two programs on sexual behavior and sexual health, survey data was collected on youths’ sexual behavior. Such survey data can be subject to reporting biases, however. It was therefore important to complement this data with an objective measure of the incidence of unprotected sex, which is the main mode of HIV transmission in Kenya. Two such measures were considered: (1) childbearing rates and (2) STI infection rates. Childbearing rates were monitored regularly between 2003 and 2010. STI infection rates (specifically, Herpes and HIV infection rates) were measured during a long-term follow-up in 2009-2010.

Impact of Teacher Training only: Training teachers on how to implement the national HIV/AIDS curriculum greatly increased the likelihood that teachers taught about HIV in the classroom. The intervention did not reduce childbearing rates among girls, suggesting that it did not decrease the likelihood that girls engage in unprotected sex, but did reduce pregnancies outside of marriage. It also did not reduce the risk of STI as measured after six to seven years. The add-on component increasing critical thinking through in-class debate on condoms did not change behavior or results.

Impact of Free Uniforms only: Free school uniforms led students to stay enrolled for significantly longer, reducing the dropout rate by 16.5 percent, a notably large change for a transfer that did not increase household incomes. It also reduced the incidence of teen marriage by 20 percent and teen pregnancy by 17 percent. Girls who benefitted from free uniforms were not less likely to have an STI after six to seven years, however, suggesting that some of the adolescent girls in the free uniforms program, while less likely to engage in committed relationships that lead to pregnancy and marriage, might have engaged in casual relationships.

Joint Impact: In schools that received both free uniforms and teacher training on the HIV/AIDS curriculum, the reduction in drop-outs and teenage pregnancy among girls was smaller than that observed in schools that received free uniforms only. This suggests that the curriculum’s emphasis on abstinence until marriage may have persuaded some girls who would have delayed marriage thanks to the free uniforms to instead privilege committed relationships, where pregnancies are more likely. On the other hand, the two programs combined led to a significant reduction of 19 percent in the risk of herpes among girls. This suggests that among girls who chose to delay marriage in order to stay in school with the free uniform, the HIV curriculum may have convinced some to abstain altogether in order to avoid the STI risk associated with casual relationships.

3 result(s)
Small costs, big impact: How a $6 uniform can change a girl’s future
4 common barriers to girls’ schooling—and how to overcome them
Ideas help no one on a shelf. Take them to the world.